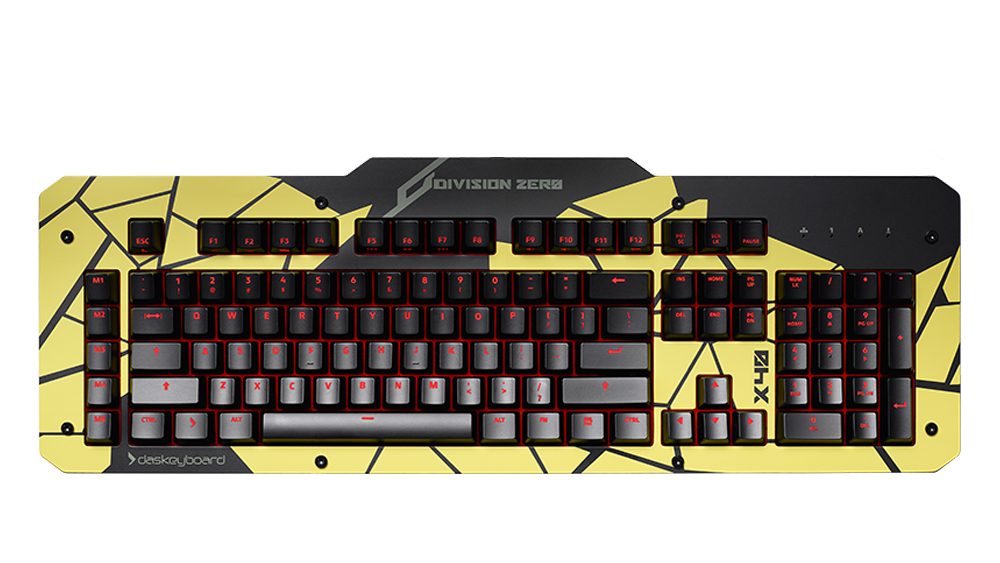 Das is well known for their solidly built, reliable mechanical keyboards, and they are often a favorite of those who work in an office that requires heavy keyboard use all day. They are known for quality, durability, and their long life, as well as their mechanical keyswitches. So it should come as no surprise to anyone that they now want a piece of another very large pie. The gaming industry.

Das will enter the market with flair, releasing a line of gaming gear, including a mouse, three mousepads and a new keyboard. All of which are branded for the new Ubsoft game The Division. The item I am most excited about is the one that the Texas based company has the most experience with, the new X-40 keyboard.  Das said in a press release, that its new X40 keyboard is

Discerning mechanical keyboard users may me more interested in the fact that the board also features the new mechanical switch Das has cooked up, which it claims is 15 percent faster than Cherry MX, based on how far you press the switches before they actuate. Das is even including two options for different levels of feedback: Alpha-Zulu Tactile Switch gives you a small tactile bump halfway through a keypress, and the Alpha-Zulu Linear Switch has a much quieter and smoother feel when pressing a key. The price is set at 150USD. 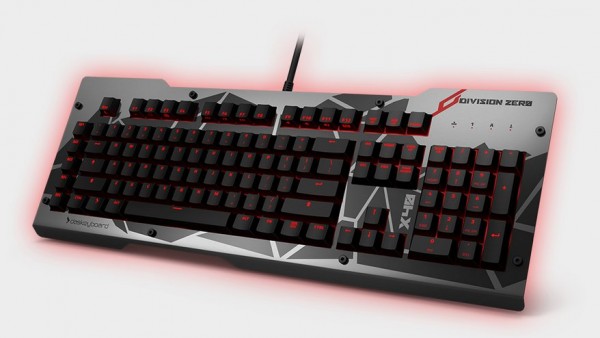 The rest of the line is a bit less interesting, the mouse is fairly ordinary, the “Division Zero M50 Pro Gaming Mouse, which has an ambidextrous design, nine programmable macro buttons, and a 6400 DPI 4G adjustable laser sensor” nothing really out the ordinary there, a few more buttons, but nothing revolutionary. The mouse will retail now for $79.

Also launched are two “mouse accessories” a set of mouse three mouse pads, the 47W-Flex, Control, both costing $19, and the Speed which costs $29. There’s also a Division Zero Mouse Bungee for $20, for when you really hate having cords around your mouse. 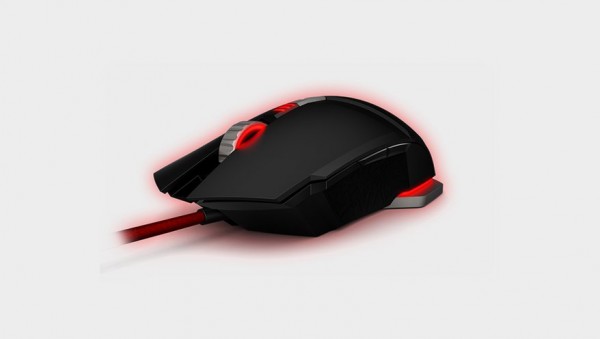 Both of the hardware pieces look very pretty, and Das is quick to point out that they are the first company to ever use an interchangeable metal plate on their gaming keyboard, personally I think that’s great, so now you’re not stuck with a keyboard that says The Division on it for the next 5 years, and you can change it out for what ever you want easily and quickly.