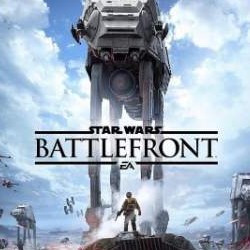 Gamers were upset earlier this  year when EA announced it would not be bringing any content from The Force Awakens into Star Wars BattleFront. An announcement this week of the road map of DLC content did not include any thing from newest Star Wars film. Now EA is providing their reason& this puts and end to all of the speculation (some of which we did here).

On on earnings call with EA CFO Blake Jorgensen said:

“On Star Wars, the one thing that we are adhering to, and I think this is part of our arrangement with Lucas and Disney, is you can’t make a game in Star Wars that violates the canon of Star Wars. Meaning you can’t take something from the future and bring it back into the past unless it’s a reference. Not knowing yet exactly what the storyline in [Star Wars:] Rogue One is going to be, I can’t comment on how that could come in. But to the extent that it’s in the future… Our current Battlefront game is all based on the historical Star Wars canon, which is 30 years before the most recent movie, that will limit our ability to bring some new content into that.”

“But more to come there obviously,” he continued. “We’re trying to stay tightly connected to the Star Wars beat for future movies and we’ll obviously in future Star Wars games be able to tap the new characters and vehicles and so forth. But in our current game and for that manner the DLC associated with that current game obviously we’ll have to be careful that we don’t violate the cannon.”

So there it is you have your answer. Its not complicated, its not a conspiracy, its just the fact that EA was specifically instructed that they were not to damage star wars cannon directly with their game. If they allowed you to run around battling during the few major battle scenes in the movie, Lucas Film thinks it would confuse players into thinking they could get back in to the universe and change it.

Jorgensen went on to suggest that EA would be making a second Battlefront game (so surprised, I am) and hinted that it might have content from the new movies including the upcoming Rogue One.