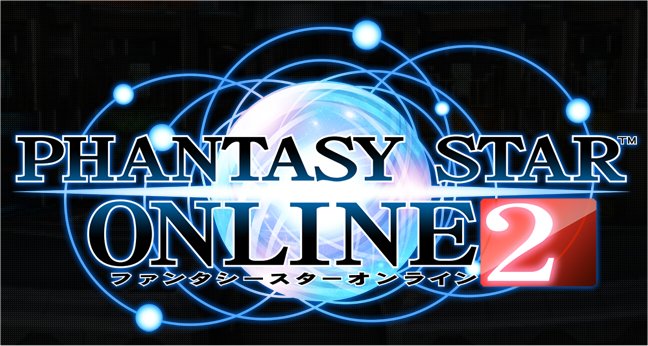 During a live-stream held today for the Playstation 4 version of sci-fi MMORPG Phantasy Star Online 2 publisher/developer SEGA announced that the Japanese closed beta for PSO2 on PS4 will begin in just a few short weeks. For console users this will be their first chance to join their fellow Guardians on PC in exploring the galaxy in this latest take on the long running Phantasy Star series.

Registration for the JPN PSO2 console beta will open on January 25th and will run until Feb 25th. All potential players have to do to be selected for the beta is download a special “ticket” from the JPN PlayStation Store between those dates. 50,000 eligible accounts will be selected by SEGA and entered into the closed beta phase which will run from Feb 25th thru March 6th. According to the live-stream the closed beta won’t be live that entire time, but rather select windows of time. The floodgates for all Japanese PlayStation users open on April 20th, and best of all PSO2 won’t require PlayStation Plus to play online!

As of press time the Japanese PC version of PSO2 does not filter via geolocated IP address, meaning that North American players can play together on Japanese servers. SEGA has been oddly silent on the potential western release of PSO2, with their official social media account going dark since PAX 2012. Reportedly a contract between SEGA and their Chinese distribution partners is one of the reasons for the continued silence and lack of a western release. At this point with over 4 years between releases it seems doubtful SEGA would ever bring the game here.

Check out some screen grabs from the live-stream after the jump. 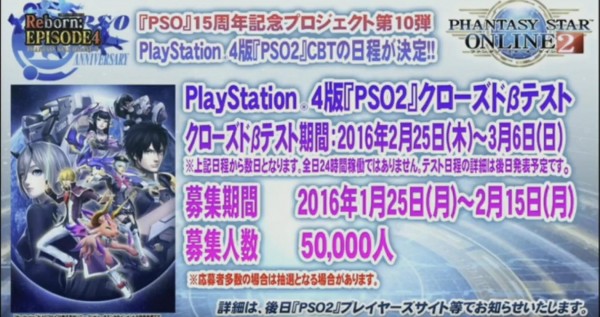 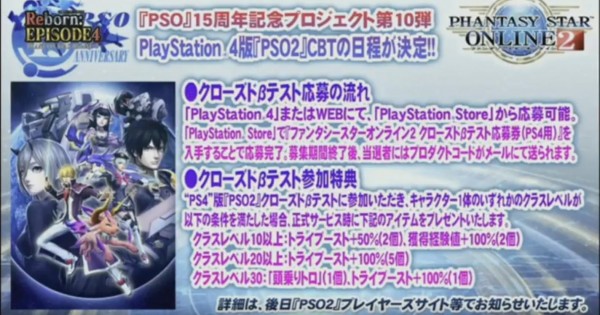 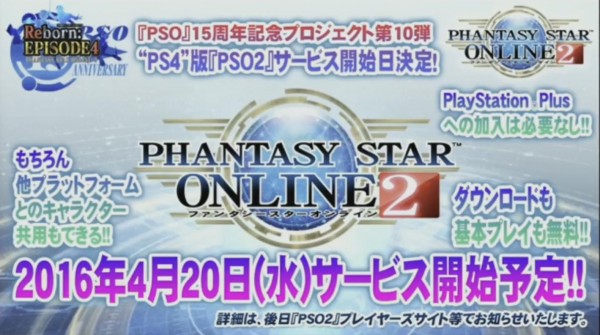