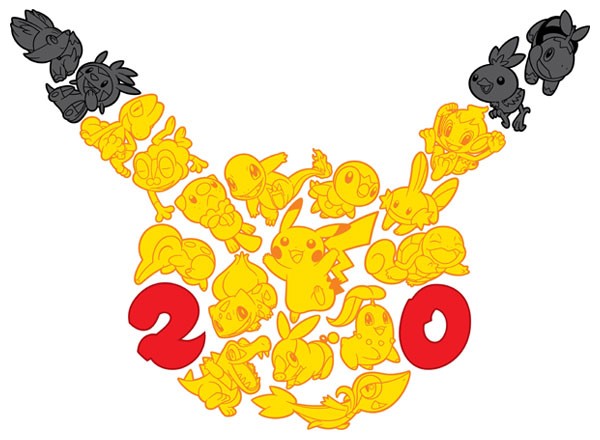 Want to feel old? This year marks the 20th anniversary of Pokémon. It is crazy how quickly twenty years have passed since Pikachu captured the hearts of so many children. (It does not look like he plans to give back your hearts anytime soon.)

After twenty years, the Pokémon franchise is stronger than ever. Still releasing games, trading cards, new anime series, manga, and more. What do you do when you have such a huge fan base after so many years? You give back to the ones who made you into what you are today!

#Pokemon20 is just the tip of the iceberg. The company is reaching out to their fans and urging and encouraging to share your favorite moments on Facebook, Instagram, Twitter, Youtube, Tumblr, etc., and for every moment captured, yours might be chosen to get something special. What that special something is is a mystery. If you would like to take a trip down memory lane or see other’s photos posted, then click here for more.

You may be wondering if that is all they have to offer? Heck no!

Nintendo knows what you want and they are sparing no one!

What is that? You want more? You are not satisfied yet? Okay, how about this..

Finally, Nintendo will be releasing a new expansion for the Pokémon Trading Card Game called Generations in February. It is a throwback to the original 151 and the main stars of the series. If you are a true fan of the OG, then there is no better time than now to jump in the TCG.