Its not often that you see a character from popular JRPG’s on an advertisement for something other than that game it self. Final fantasy seems to have worked its way in to the general consciousness well enough to merit it happening though. Lightning is literally advertising purses now.

The new “Series 4” (was there a 3,2, or 1?) ads will feature the heronine from the Final Fantasy universe holding up purses designed by non other than Nicolas Ghesquiere of Louis Vuitton, the purses will be featured in ads like the one below on Instagram. 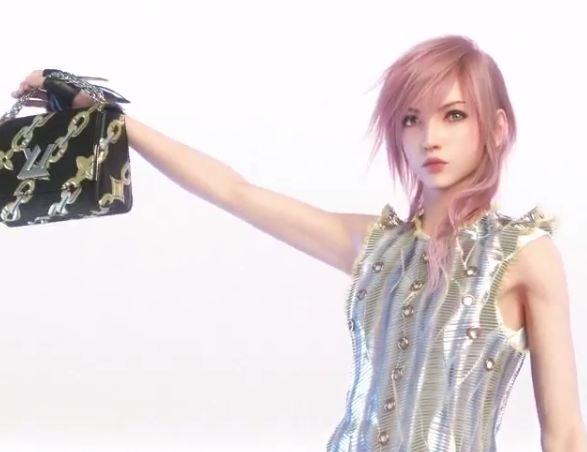 “Reality and fantasy become one. Lightning a genuine heroine in the new @louisvuitton series 4 ad campaign,”

It seems this is not the first but just the most recent of times a character from the popular Square Enix franchinse have backed a fashion line Back in 2012, characters from the RPG series were used to promote Prada clothing, Kotaku reports.

Intersting, whats next? VR clothes modeling with your favorite RPG character? well who knows the sky is the limit on that one.