Blood bowl is already an awesome game, if you like the world of Warhammer 40K, but it seems developer Cyanide is determined to make it even better. They will be releasing four new races for play in their Blood Bowl game (chess for warhammer) for free.

“As long as you own Blood Bowl 2 before the launch of a race DLC,” Cyanide says, “you’ll get that DLC and subsequent DLC for free, from the list of four planned DLCs.” The first of these, the Norse, “should be available at the end of February”, with the other three releasing “on a regular basis”. The four being added are the  Norse, Undead, Nurgle and Necromantic races. Those being axe wielding vikings, Zombies (duuuuhh), agents of the chaos god Nurgle, and another race whom summon undead. These are all Warhammer fantasy races, so most folks who arent heavy in to Warhammer may not recognize them. 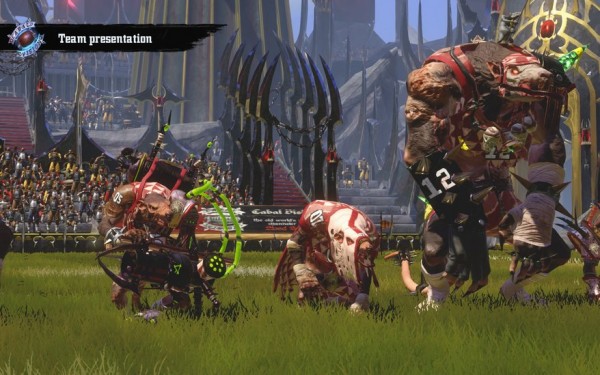 Personally I love this game, its like chess but with out most of the complex strategy and whole lot more blood and guts. Being good at chess is no guarantee of victory on this battlefield, and honestly its much better to just play to your units abilities. If you are intersted here is IGN’s trailer of what the game plays like.