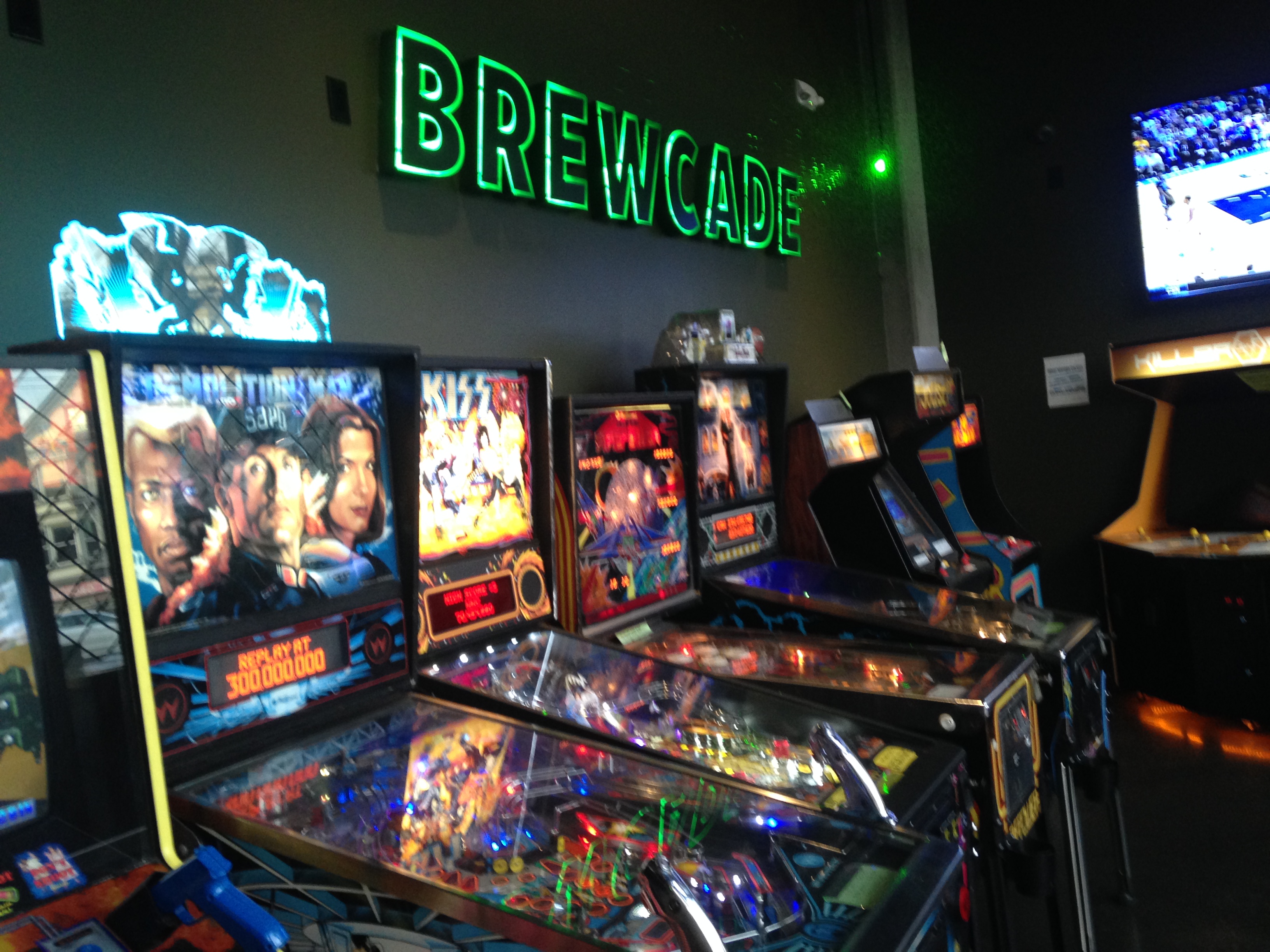 Videogames and alcohol can sometimes be great partners together – I spent many nights hanging out with friends drinking vodka coolers and playing Halo 3 back in University. San Francisco’s Brewcade takes this synergy of videogames and booze and adds an arcade twist. With an plethora of different brews and a whole lot of older coin-operated machines it certainly had the allure of reliving childhood days putting quarters into a machine with the added charisma bonus only a small drink can provide.

I took a friend of mine, a member of the Final Fantasy XIV guild I am a part of – Yuri! with me to Brewcade for what I expected would be a lighthearted romp through some of the most popular games of yester-year. Their colorful neon sign that greats you was actually outmatched by their colorful and vibrant menus. With several brews on tap including REALITY CZECK and DOUBLE TAP they are easily evoking the nostalgia that gaming can bring without centering their entire menu on it. Sadly “The Broken Joysticks” was not an item on their menu.

Licensed pinball machines from the early to mid-90s line the front of Brewcade’s selection of mechanical vintage offerings. If you’re of a certain age – say a late 80s kids like me – then seeing a Demolition Man or Adams Family Values pinball machine might remind you of some of your old haunts. For me the Adam’s Family pinball machine actually made me remember the old gas station by my place as a kid which had one of these very machines for a few years.  Feeling the ball hit the sides of the tables and almost reveling at the flapper’s impact on the ball are experiences that many can only experience virtually now-a-days. Despite their age – and sometimes poor branding choices, I’m looking at you Demolition Man – there’s something magical about playing on a physical pinball machine. 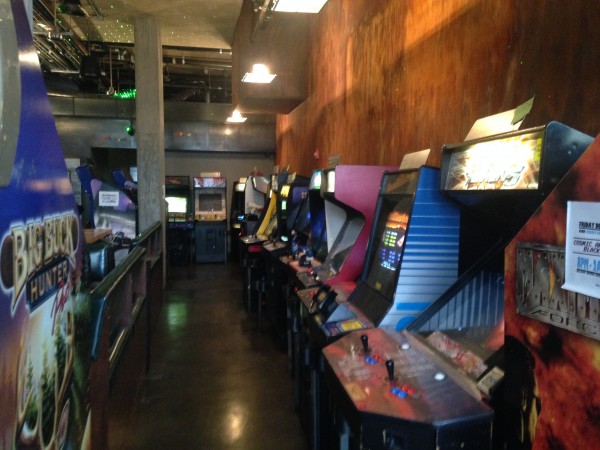 In terms of stand-up arcade machines Brewcade’s selection ranges from 90s staples like San Francisco RUSH 2049, Marvel Vs. Capcom and Street Fighter 2 to classic machines like a NEO-GEO cabinet loaded with tons of games and even a vintage PAC-STAND stand-up. Our transition from pinball to arcade cabinet started with some AREA 51 light-gun action. Surprisingly my accuracy was a lot higher than I had expected – hovering in the mid 50s. After burning through a few dollars fighting aliens we shifted over to a more modern game, Tekken 5. The Tekken series is one that I have kept pace with since Tekken 3 on the original PlayStation so it was easy to best my friend in three quick rounds on a single credit with Asuka. Unfortunately about half of the way through the single-player arcade mode I was bested by Jin, I guess it serves me right. We finished off our night of gaming with a few races in San Francisco Rush: 2049. It felt fitting that the last track of the night was Alcatraz – unfortunately we didn’t get to finish that race as my car decided to explode into a flaming wreck mere feet from the finish line. 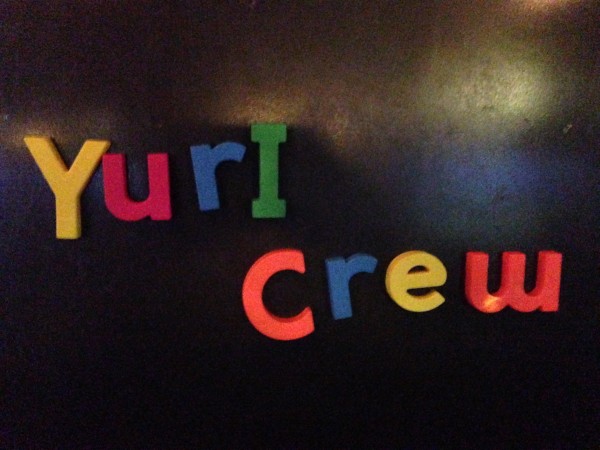 Of course we just had to spell the name of our FFXIV Free Company on Brewcade’s magnet wall.

Overall the Brewcade experience is definitely one I can recommend, especially if you have friends who are interested in single or multiplayer arcade gaming. The themed beers do range from the sweet – like the apple cider I tried- to the very bitter, but the staff seem more than helpful in letting us sample whichever brew tickled our fancy. Their range of machines is impressive – it’s a technical marvel that some of these machines still work as well as they do considering their age. Unfortunately the large four player game right in their main entrance, which I’ve heard is an absolute blast if you have four people to play it with was broken. In terms of pricing the beer was a little more than you’d pay at your average pub but not inaccessible – $7 to $10 USD a glass. The games are very reasonably priced with each game credit costing only fifty cents. If you’re interested in re-living (or experiencing for the first time) the magic of arcades Brewcade would be a great place to start!