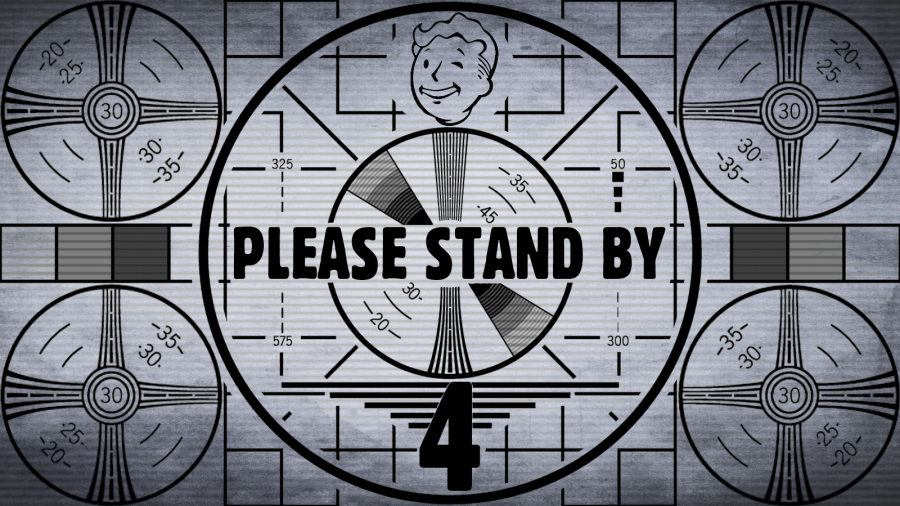 The Obsession Sets In

It’s starting to happen and I can slowly feel it: even though I know there’s better games out there, much less in my PlayStation 4 collection, alone, I find myself coming back to Fallout 4 every single time. There are days where, in spite of the fact that there is an autosave and dedicated saving features, I simply refuse to turn the game off. These are all signs that this game has its hooks in me, hardcore: kind of like McDonald’s, you know there’s better food out there and you’d enjoy it much, much more, you find yourself hankering for their food every so often in spite of that. This game’s like a drug. I’m not sure if that’s a good thing, or not, because I’m still scared of doing certain things due to glitches that haven’t been addressed, but I keep going anyway.

“This Gun is the Best Gun Ever.”

So, I have to admit that building settlements and modifying weapons and armor are probably two of the best parts of this game, mostly because the materials, weapons, and armor you find out on your own are… how to put this… crap. However, though, in being rather obsessive about collecting legendary weapons and armor, I’ve been able to find and modify my daily drivers: a legendary shotgun whose bullets explode on impact, doing 15 points of AOE damage, modified to the point where it’s doing 139 base damage, has a fire rate of 181, a range of 53, and accuracy of 42, meaning this bad boy can tear up a close range battle in no time, flat; a legendary sniper rifle that boosts base damage by 25%, with a base damage of 102, a fire rate of 3, a range of 197, and an accuracy of 98, meaning unprotected and unwary enemies may be dead before they even see me; and, finally, almost a full set – I’m only missing the right arm piece – of Heavy Combat Armor modified to be deep pocketed and have the BOS paint for added radiation protection. I’ve gotten rather crazy about my modifications and, as perks allow, things will only get better. I mean, I can even use this shotgun in long range situations as each bearing in the shotgun shell explodes on impact, meaning that even if you miss by a fairly large margin, you would still do some nice damage, especially if there’s explosive barrels in the vicinity. I am blowing through the game now and taking names now that I’ve modded that shotgun.

That’s one of the beautiful things about this game – your arsenal is truly your own. I never thought I’d fall for a shotgun because I hate close range fighting in a game like this but it’s all cake, now. I’ve truly found a way to adapt and make it so my arsenal works with me. 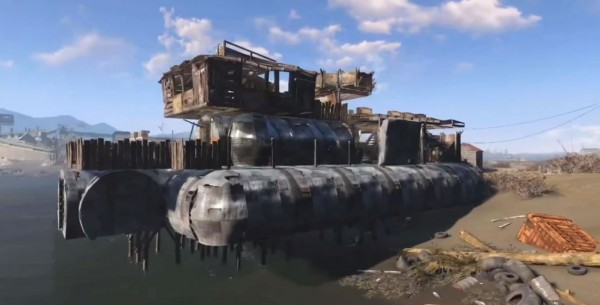 I’ve been playing the role of the good Minutemen General, as well, it would seem: running around and gaining settlements and helping out settlers with their problems doesn’t feel so much like a chore anymore. It used to be something I just did to clear out quest markers because I found that some of them actually fail if you take too long to complete them but now it actually feels like I’m slowly, but surely, taking back the Commonwealth and placing it in my hands and making it my responsibility. That was one of the things that I felt had been missing from the previous entries in the franchise thus far: it always felt like I was a pawn in someone else’s plan, that making a choice just meant I was the most important chess piece in someone else’s game. This time, it actually feels like I’m the reason the Commonwealth is becoming a better place.

Given, there’s a storyline that you will eventually have to follow and it follows all the usual Fallout tropes, there’s still a place that, if you are doing things right, that you can call home, you can call safe, and that you’re in control of. You don’t have to feel like a pawn if you don’t want to and that’s exactly what I was looking for. I find myself priding in the fact that my settlements have all been able to hold their own against super mutants and raiders. I’ve even witnessed some of my provisioners fending off a pack of raiders and a deathclaw before I came in to help. My Minutemen are helping turn things around for the people of the Commonwealth and, even though it’s just a video game, that’s a great feeling. Between this game and The Phantom Pain, I have to say, it’s revitalized my interest in building something great in a video game. 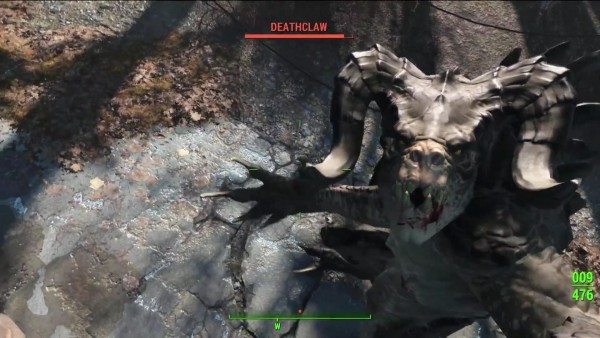 “Suffering From Foot in Mouth Disease”

So, it’s time to eat my words: deathclaws are still freaking terrifying. I’ll have to admit, my first encounter with them in Fallout 4 was pretty misleading: you had someone helping you with a pretty competent energy weapon, you had a pretty decent suit of power armor on, and you just snatched a minigun, if you were doing things right. That deathclaw was toast and even moreso if you heeded warning from others inside the building at the time. I had a few run ins with deathclaws after that but it was always one on one and I was usually in a suit of power armor and me and my companion were fairly well armed. Not too long ago, I was on a quest that took me to ground zero: the spot where the atom bomb in the Commonwealth dropped. To this point, RadAway is still kind of rare and radiation wasn’t terrible until you got within a certain range of the actual crater: from that point, even wearing a suit of power armor won’t help enough if you don’t have the drugs to clear away the radiation. Thanks to my playthrough of the game, I’m a little spooked of taking on too much radiation. It piles on and it piles on quickly if you’re not careful and I’ve come close to being in a state of close to death almost constantly so I’m really sensitive about radiation. I found out through the course of playing through that the best way to stave off radiation in this case is to find a Hazmat Suit: I found it at Fallon’s Basement in Diamond City for a pretty decent price and the thing has a radiation protection rating of a thousand. Only problem with that is that you can’t wear it under your armor and the thing has zero protection otherwise so it leaves you pretty much wide open if you encounter any enemies. I set out and using RadX took care of most of the radiation for a good third or so of the way but there was a point where even that wouldn’t do me any good: the Hazmat Suit had to come on. Things were going okay for a while, I was able to dispose of a few radscorpions and I’m thinking things are going okay… that was until I was ambushed by a deathclaw and its friend, a legendary glowing deathclaw.

That was probably my most intense fight yet: I’ve not faced off against two deathclaws at once up to that point, I’ve never faced a legendary deathclaw, and I was not even prepared for the fight as I had my Hazmat Suit on and not my armor. I was scrambling around and, honestly, I probably would have died if I didn’t manage to cripple the legendary deathclaw’s legs with a couple grenades. It was not exactly a situation I could have run from, either: believe me, I tried. Now, as a result, with every deathclaw I see – and, at ground zero, there was quite a few more than I’m used to seeing – my heart jumps right into my throat and I scramble to figure out what to do. Deathclaws are officially back in their right place, scaring the hell out of me. I certainly regret ever chirping these guys.