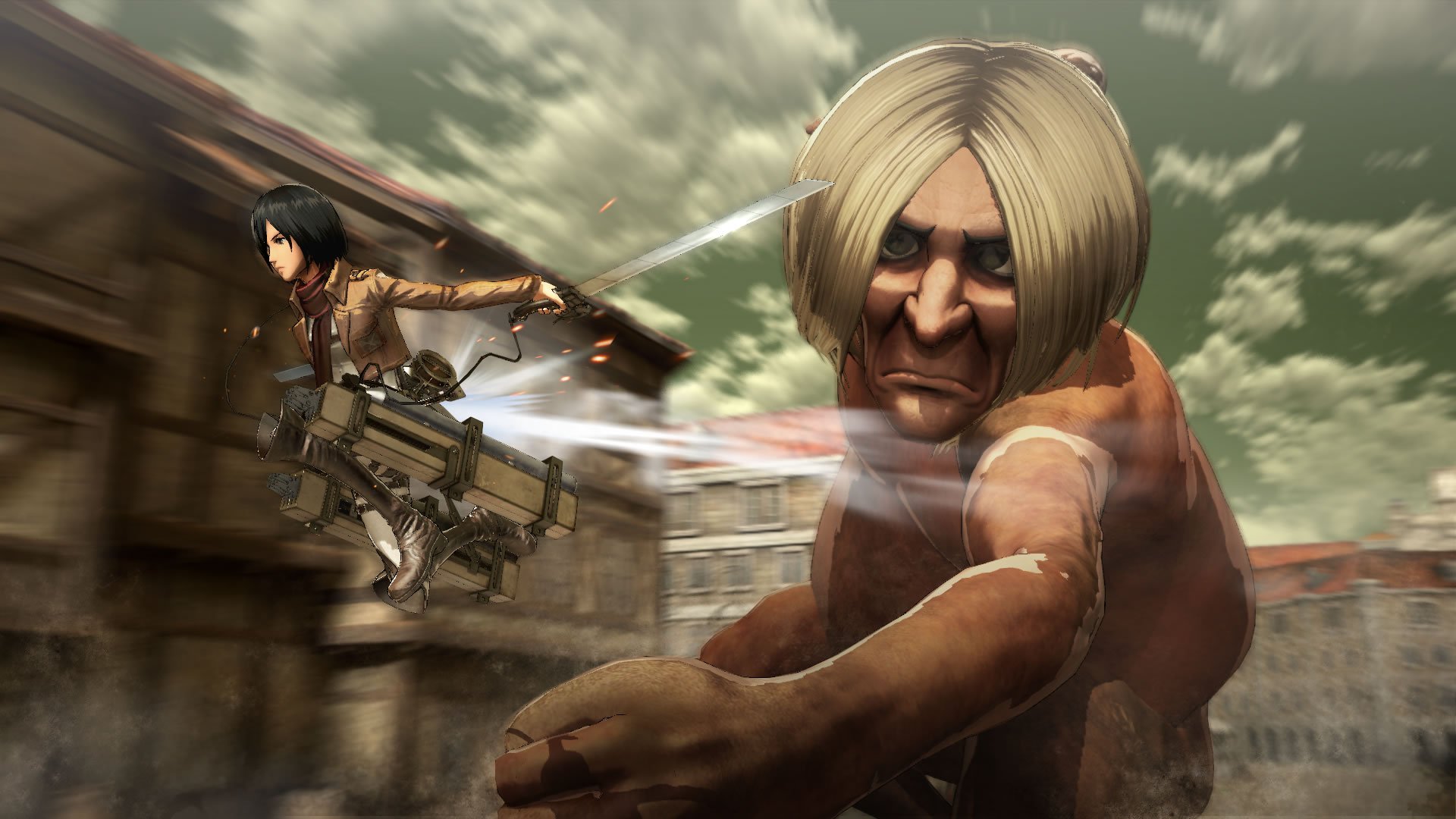 Attack on Titan is getting a game and Koei Tecmo has uploaded a bunch of screengrabs and videos sans audio on its official website. The footage features some of the characters interacting with each other, while the screengrabs focus mostly on showcasing the Titans, as well as the maneuver gear.

Alright, so let’s get this out of the way: The Titan’s look incredibly freaky in these. A lot of people are slagging it off for that but….I think that might be a good thing? In the original series, the titans are given purposefully weird faces and walking cycles, with frames cut out to make their movements seem stilted or unnatural. They are meant to be off-putting in a way that’s kind of comical but also creepy. From what I can tell, these designs try to do the same thing, which is neat! I also like the gameplay, which seems to be reminiscent of the free Attack on Titan webgame. Attack on Titan is going to launch sometime in 2016 for PS3, PS4, and Vita. I’m looking forward to it.