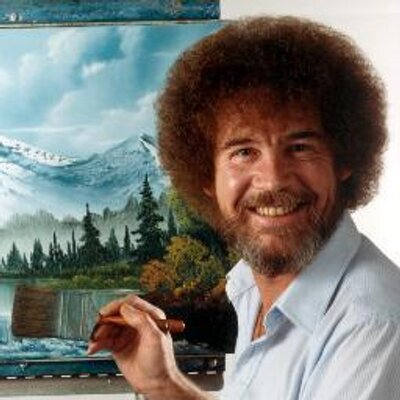 After bringing in 5.6 million unique viewers, with a peak viewer count of over 183.000 watching at the same time, it is fair to say the experiment of putting up Bob Ross on Twitch was a resounding success. As a result of the near universal positive feedback, Twitch will now regularly stream an entire season of Bob Ross’ The Joy of Painting every monday on the designated channel. They will also stream the entirety of the thirty two seasons back to back every year on October 29th, to celebrate his anniversary on Twitch.

This is the part where I think of something clever or sarcastic to say but it just doesn’t seem right here. The unironic embracing of Bob Ross by the, let’s be honest, often toxic Twitch community is something so heart warming and positive even I can’t be cynical about it. Tuning into it and watching people celebrate every time he finished a painting the same way they’d celebrate a Nexus being destroyed or a bomb defused, it just made me feel….happy. Even years after his death, Bob Ross is still spreading the Joy of Painting to new generations, and I’d like to just appreciate that.