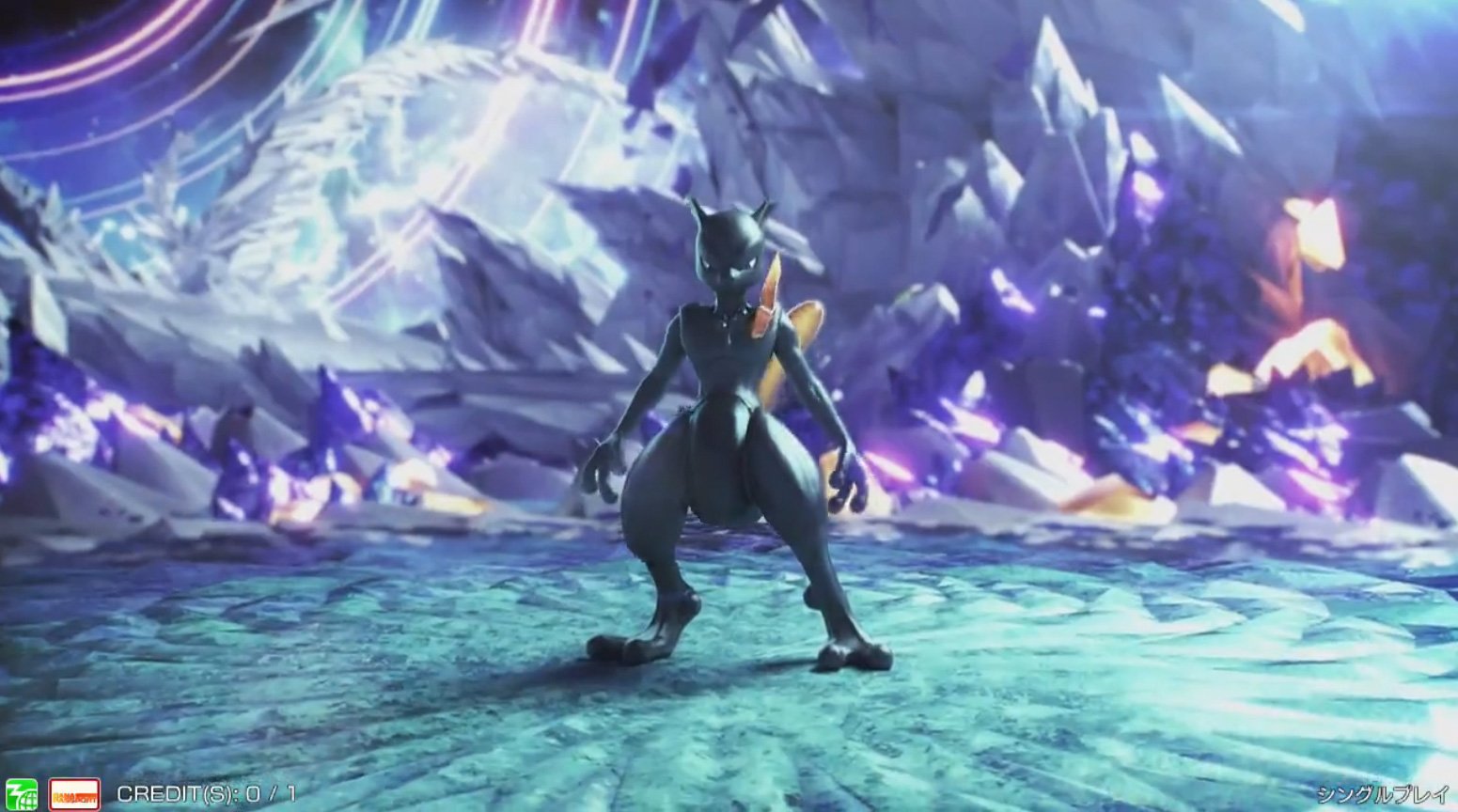 During a Japanese livestream of Pokken last night, the new character “Dark Mewtwo” was revealed for the upcoming pokemon fighting spin-off Pokken Tournament, which is being developed by Namco-Bandai. [youtube id=qAFJhtJlIBw]

Nintendo is still adamantly refusing to make a 3d pokemon adventure title on any of their home consoles due to what I can only assume is a crippling fear of money and success. This however, is probably the next best thing. Seeing Pokemon rendered in full 3d and jumping around using their signature moves gets even me a little nostalgic. This might be one of the few fighting games I actually end up getting into. Pokken Tournament is currently scheduled for launch somewhere next year as a Wii U exclusive title, and together with the new Bayonetta it’s one of the few things that’s making me consider getting the console.