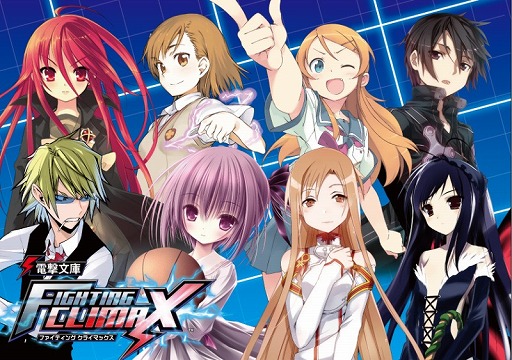 Anime and fighting games are two things that have come hand-in-hand at least early as the success of Street Fighter II back in the early 90s. Whether discussing games that utilize anime tropes and art-styles like Melty Blood or games that feature anime characters from a number of high profile series – like Dengek Bunko: Ultimate Fighting Climax, the synergy between the two is obvious.  SEGA USA brings us a brand new fighting game for the PlayStation 3 and PlayStation Vita that features a number of characters from some of the best anime from the past 10 years, but does it hold up?

In terms of gameplay Dengeki plays it safe, adhering to a number of well-established fighting game mechanics while giving a few different tools that will hopefully help long-time fans of fighting games shake things up a bit.  Given the anime inspiration behind Dengeki it should not be surprising that both combatants are locked onto a two dimensional plane. Basic attacks are divided among the holy trinity – light, medium and hard attacks with the shoulder buttons used to pull off some pre-determined combinations of these three.  Each character has a set of special moves that you can pull off but because each of them is inputted with a quarter circle motion it can sometimes be a little too easy to pull off the wrong move. 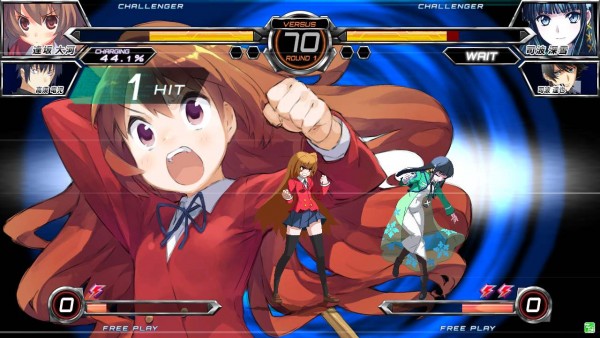 Similar to the Marvel Vs Capcom series, Dengeki players are able to choose one assist character to come along for the ride.  You’ll find an entire roster of support characters who will heed your call, each of the support characters have two different types of assist – typically divided into damage or healing.  By pressing all three attack buttons at once you can pull of a “blast” that allows you to extend your combos just a little further to finish off your foes.  On the other end there are “trump cards” which when activated allow your fighter to become temporary invincible and with increased damage. If you want to finish off your opponents with a flourish there are also “Climax Arts” which will have your character perform a themed ability that is heavily tied into that character’s series.  None of these mechanics revolutionize the fighting genre but the inclusion of blasts, trump cards and climax arts takes the focus away from just spamming special moves and more towards strategy and effectively using the tools that you have been given.

I consider myself a pretty big anime fan, although I find it hard to keep up-to-date with what’s airing currently in Japan. If you’ve watched a lot of the bigger anime from the past five seasons or so you’ll certainly recognize at least some of the characters in the roster. Both Asuna and Kirito from Sword Art Online are playable, it was also nice to see Mikoto Misaka from  A Certain Scientific Railgun make an appearance as well as the main character from The Devil Is a Part Timer – Emi Yusa. One pleasant surprise in Dengeki is the inclusion of a few memorable SEGA characters from the Virtual Fighter and Valkyria Chronicles series.  It is pretty surreal to see Akira Yuki from Virtua Fighter take on Taiga from Toradora! – it’s a match-up that a game obsessed anime fans like myself can really appreciate! 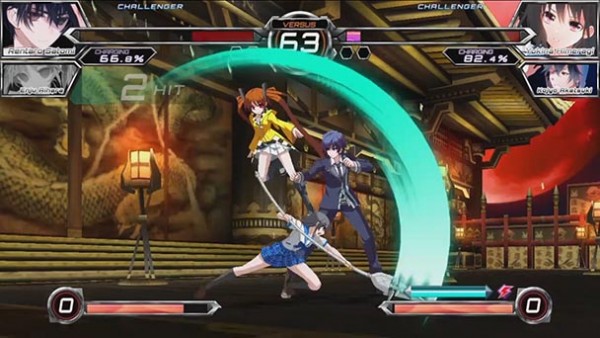 In terms of modes Dengeki has a lot of the standard modes you’ve come to expect including Online Play, Training, Story Mode, Local VS etc. The default story mode feels a little light on content, as is the case with most fighting games. Your chosen anime protagonist / SEGA character will take on a literal representation of nightmare and lost hope. Strangely even though it is light in terms of plot, and plays out almost the exact same way – save for a few pieces of choice dialogue that will change to suit your character – regardless of who you are playing as. I feel that the biggest draw in terms of single player content within Dengeki will be the Dream Duel mode which allows you to pit two different fighters against each other and listen to original voice acted content between the two of them!

Dengeki Bunko: Fighting Climax isn’t going to turn the fighting game community on its head but it’s certainly a solid entry that surely appeals to both fighting game and anime fans alike. If you’re like me and also have a special place in your heart for SEGA titles you’ll surely get a chuckle out of seeing your favorite anime protagonist take on Valkyria Chronicles characters on Green Hill Zone. The inclusion of Trump Cards and Blasts keep things strategic and mix things up – so you hopefully won’t be dealing with other players just spamming special attacks over and over. The story mode, while light on content, is still a bit of a challenge and is rather short clocking in at about 30 minutes from start to finish. Dream Match mode also can provide a lot of amusement – especially to see characters from different series interact and duke it out.

A copy of Dengeki Bunko: Fighting Climax for PS Vita and PlayStation 3 was provided by SEGA USA for review.