Writing and Photos By: Renee Gittins

IndieCade is weird. So often “weird” is seen as a negative term, but weird is celebrated here. The games and activities showcase that the abnormal is often fun. In the Los Angeles heat, indie developers, gamers, parents and children enjoy the fun, thought-provoking and silly experiences. IndieCade celebrates innovation and it shows in every part of the festival.

The three day festival is for gamers, developers and the general public alike. It showcases indie games from across the globe in 12 different innovation award categories. Here you’ll find games like no other in the world. Some are more familiar, like Nevermind, which is a horror puzzle solving game that tracks your heartbeat and increases in difficulty if you let your fears get the best of you. Others have controls so absurd that people can’t help but laugh while playing, like Butt Sniffin Pugs, where the controller consist of a giant rolling tennis ball, two buttons and a stuffed pug butt that you sniff to acquire new powers in game. 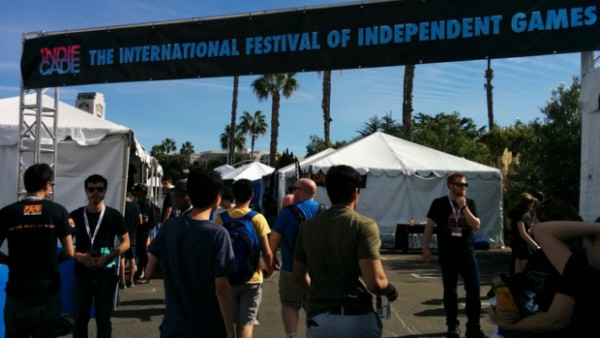 Embracing these strange games creates a comfortable environment where people let go of their worries of looking silly to have fun. The highlight of the show for many is tonight’s Night Games, which has many games that require full body interaction or showcase upbeat soundtracks and vibrant lighting with a concert to match. The full body games include stealthing through a maze of live lasers to retrieve a prized painting in The Hearst Collection, and the dancing, dodging interactions between players from Propinquity.

Overall, IndieCade is a refreshing experience that reminds us adults about playing, something we too often discount as an activity for children. So, if you’re in the area, swing down to play at NIght Games tonight or come tomorrow to demo some of the most innovative games you can find. 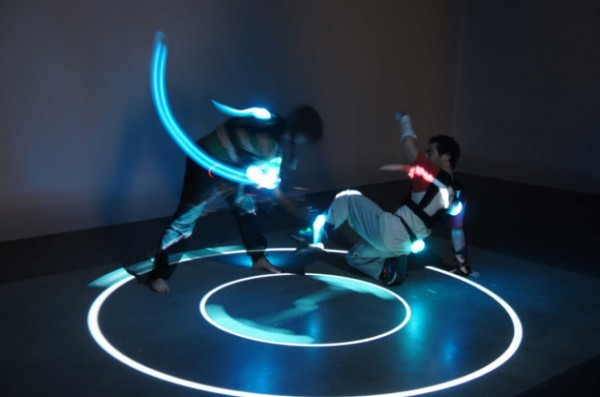 Renee Gittins is an indie developer based out of Seattle, Washington who is currently working on “Potions: A Curious Tale“. She is reporting from IndieCade for Broken Joysticks this weekend, if you see her say hi.

Here are some more images that Renee has provided us from the convention: 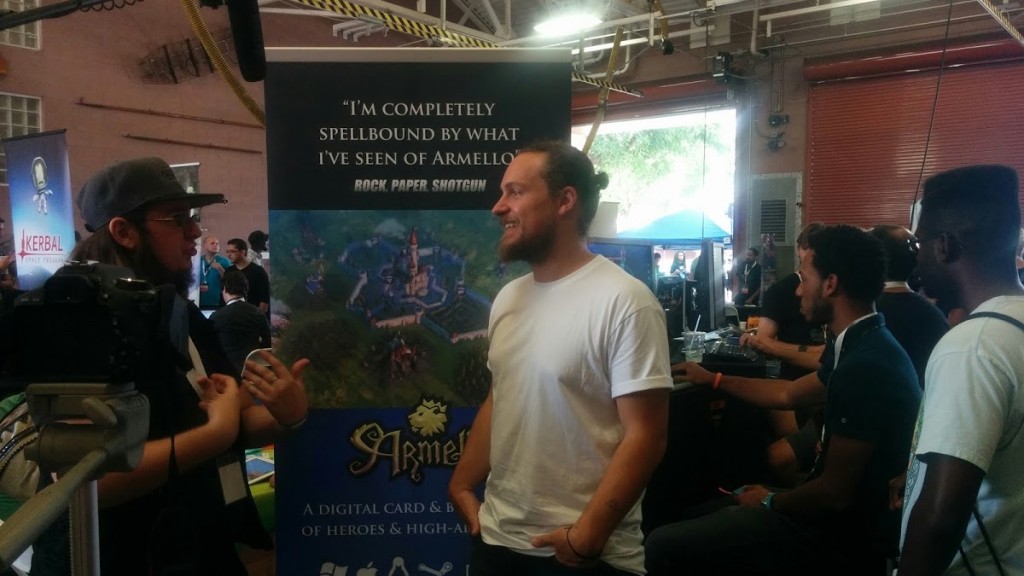 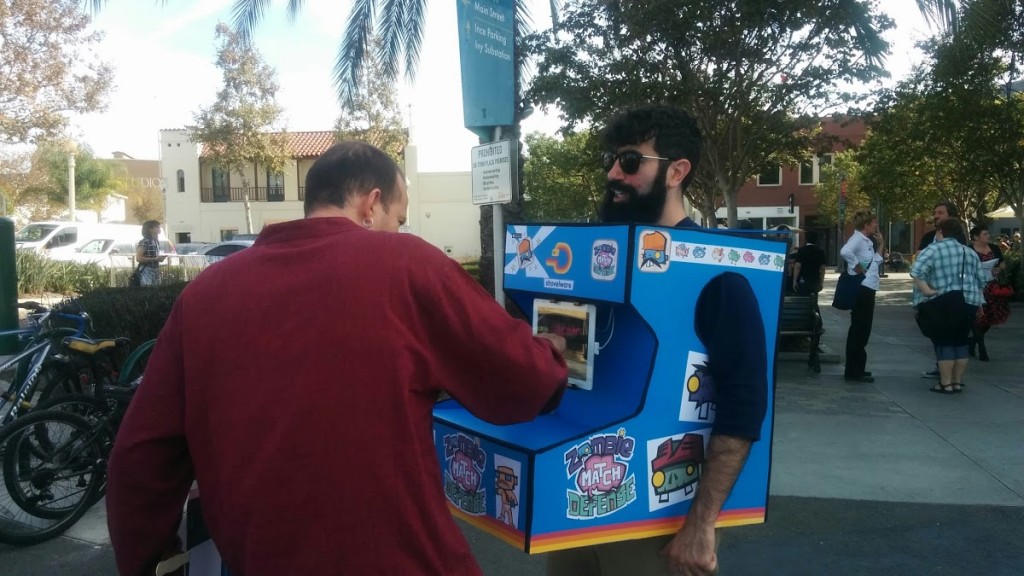 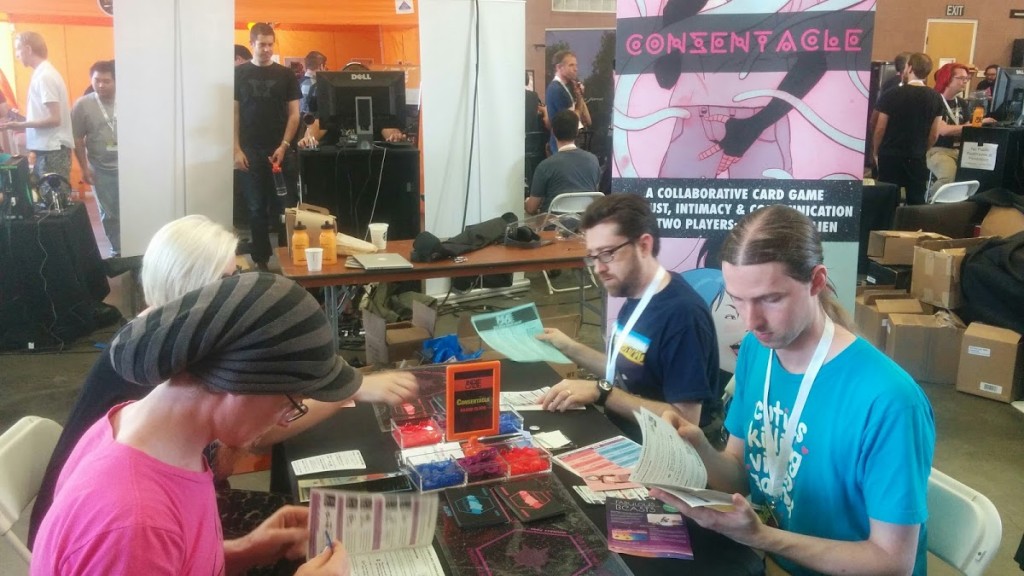 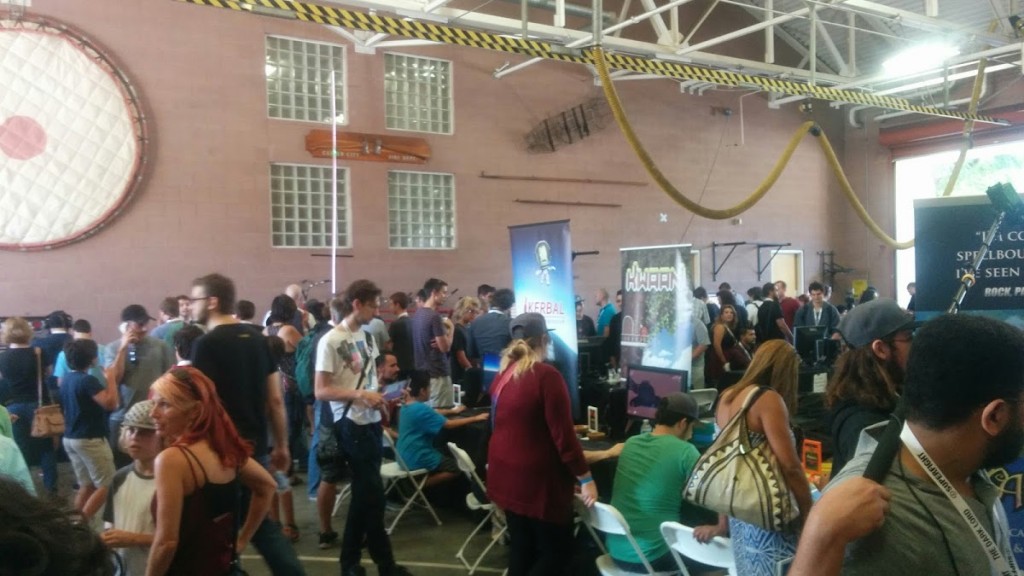 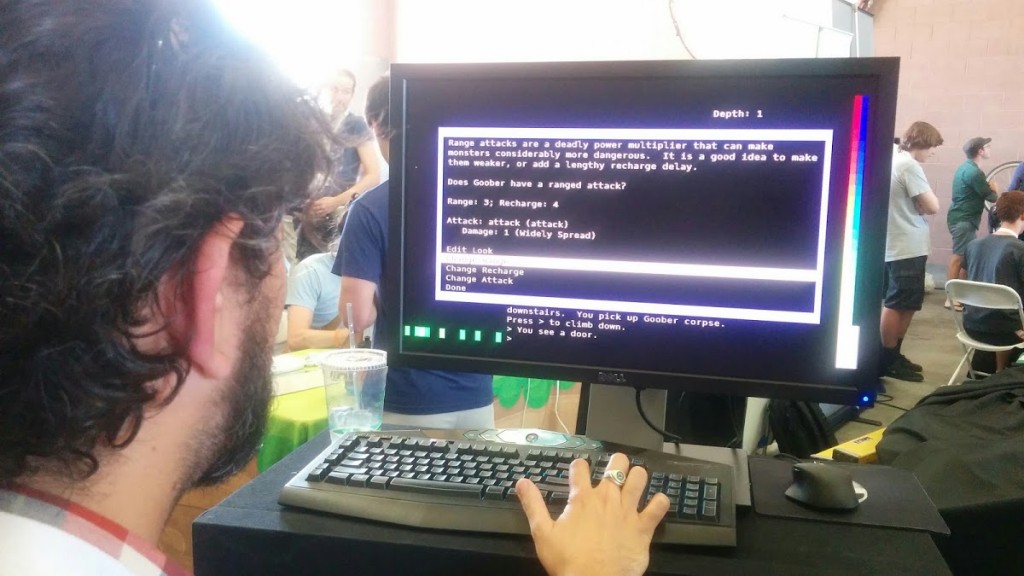 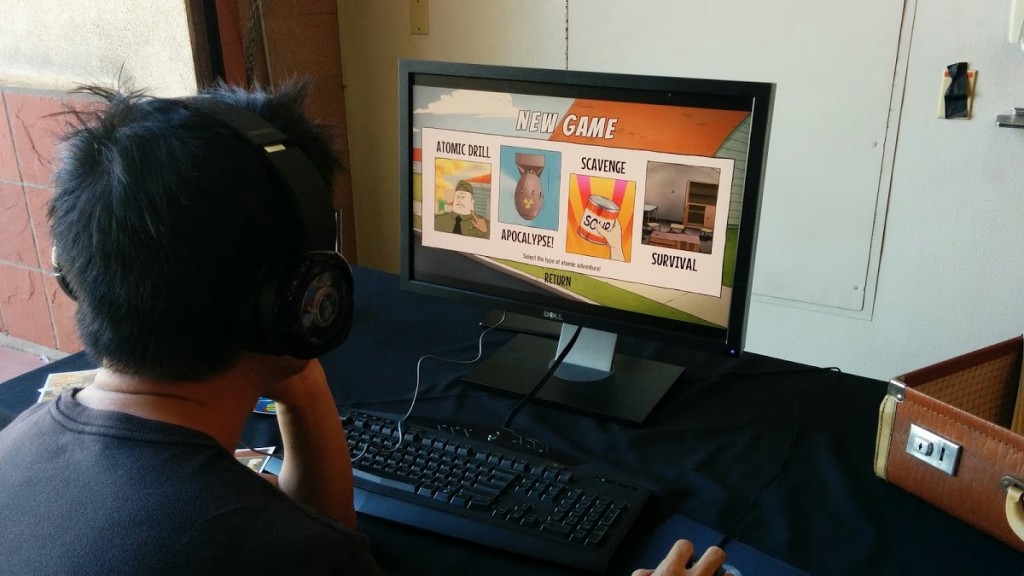 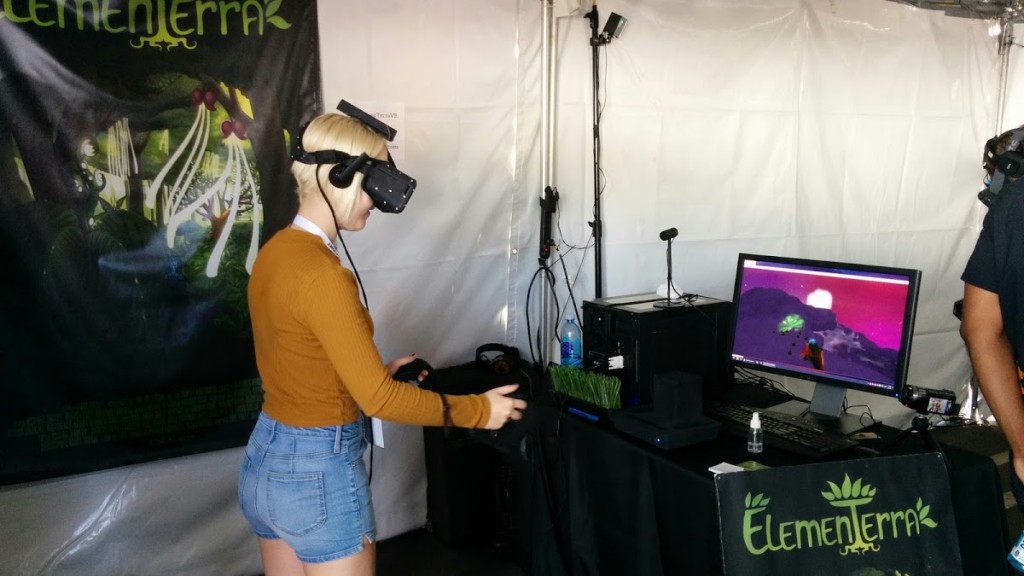 The freedom of indie developers mean that exploring with emerging technologies like VR is possible. 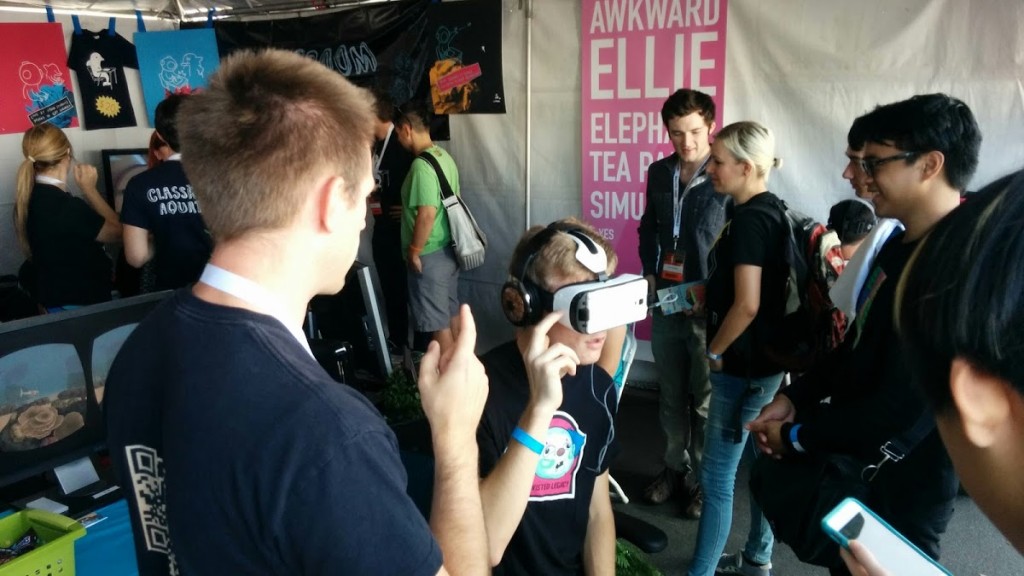