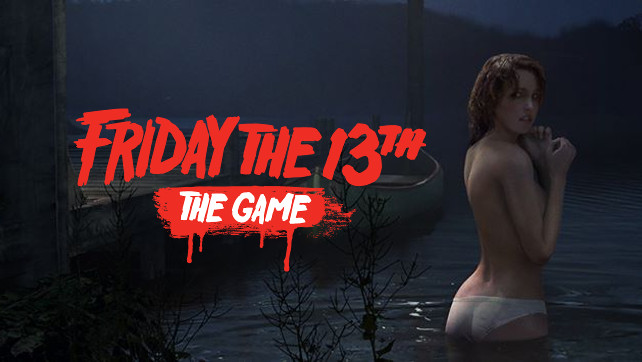 Have you seen the trailer for the new Friday the 13th? I don’t mean the movie, which is due out next February from Paramount Pictures. I mean the game. Yes, there is a game on the way.

Like the 2009 film was kind of a modern retelling of the original 1980 film, this is also a modern video game retelling. Heck, the last Friday the 13th game was for the NES way back in 1989!

So what is Friday the 13th: The Game?

In Friday the 13th: The Game you’ll be able to take on the roll as Jason Voorhees and Camp Crystal Lake counselors. It’s a third-person horror, survival game where players take on the role of a teen counselor, or for the first time ever, Jason Voorhees. You and six other unlucky souls will do everything possible to escape and survive while the most well-known killer in the world tracks you down and brutally slaughters you.

The entire focus of Friday the 13th: The Game is multiplayer. Survival is entirely up to you as you either stealthily hide from Jason or work together as a team to escape. Think you can take Jason on? You and the other counselors will have that chance as well. Be warned though, nothing is ever certain and no one is ever safe!

For the first time ever, you will have the opportunity to play as Jason Voorhees, the most famous killer in horror. Stalk your prey and ambush them whenever you see fit. Friday the 13th: The Game will include a variety of kills, new and familiar. You’ll even get to unlock various Jason incarnations from the movies as well as two entirely new designs never before seen.

Mirroring Camp Crystal Lake from the Friday the 13th series, players will try to survive in a camp ground setting. Complete with a lake, cabins, and crazed killer who won’t stop until you die a gruesome death.

Every aspect of Friday the 13th: The Game is drawn straight from the movies with the world carefully crafted to remind you of everything you remember about Friday the 13th.

Check out the trailer and some screens below. The game is planned for Xbox One, PS4 and Steam. There is also a Kickstarter set up to help fund the completion of the game. After four days they’re already passed $400,000 of their $700,000 goal.