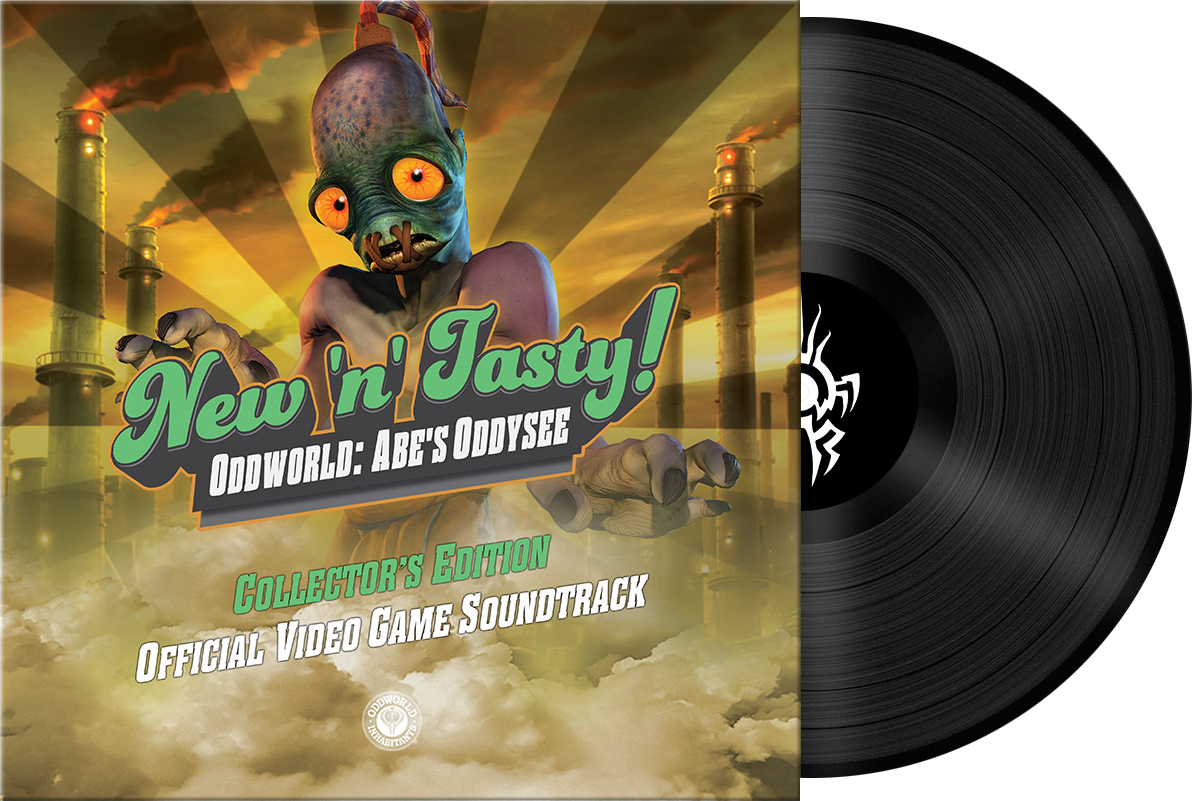 For Old Honest Abe’s 18th birthday, the complete Oddworld: New ‘n’ Tasty video game soundtrack is being released by German record label Black Screen Records on 180 gram green vinyl! Currently available for pre-order, it will be released and shipped in late November. Coming in a full-coloured gatefold sleeve with RuptureFarms art by Raymond Swanland, with the soundtrack being composed, mixed, and mastered by Michael Bross. 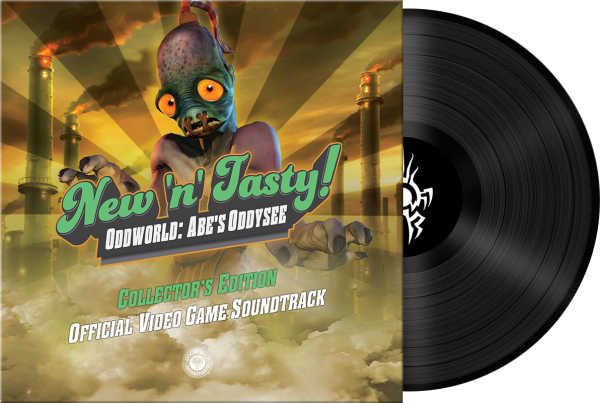 For anyone that wants to give a listen to the newly mixed version of Abe’s Moon on Oddworld’s Soundcloud channel. After giving it a listein, I feel like it really captures the mood from Oddword after playing the previous games long ago.

As far as pricing goes the regular black vinyl is priced €26, with the limited edition green vinyl is €28 and shipping running €12 additional per vinyl to the USA. A bundle for both will be €50 with €17 additional for shipping to the US. Fair warning though, the green vinyl edition is limited to only 500 copies, so those will most likely go quite fast for anyone who wants to order them!