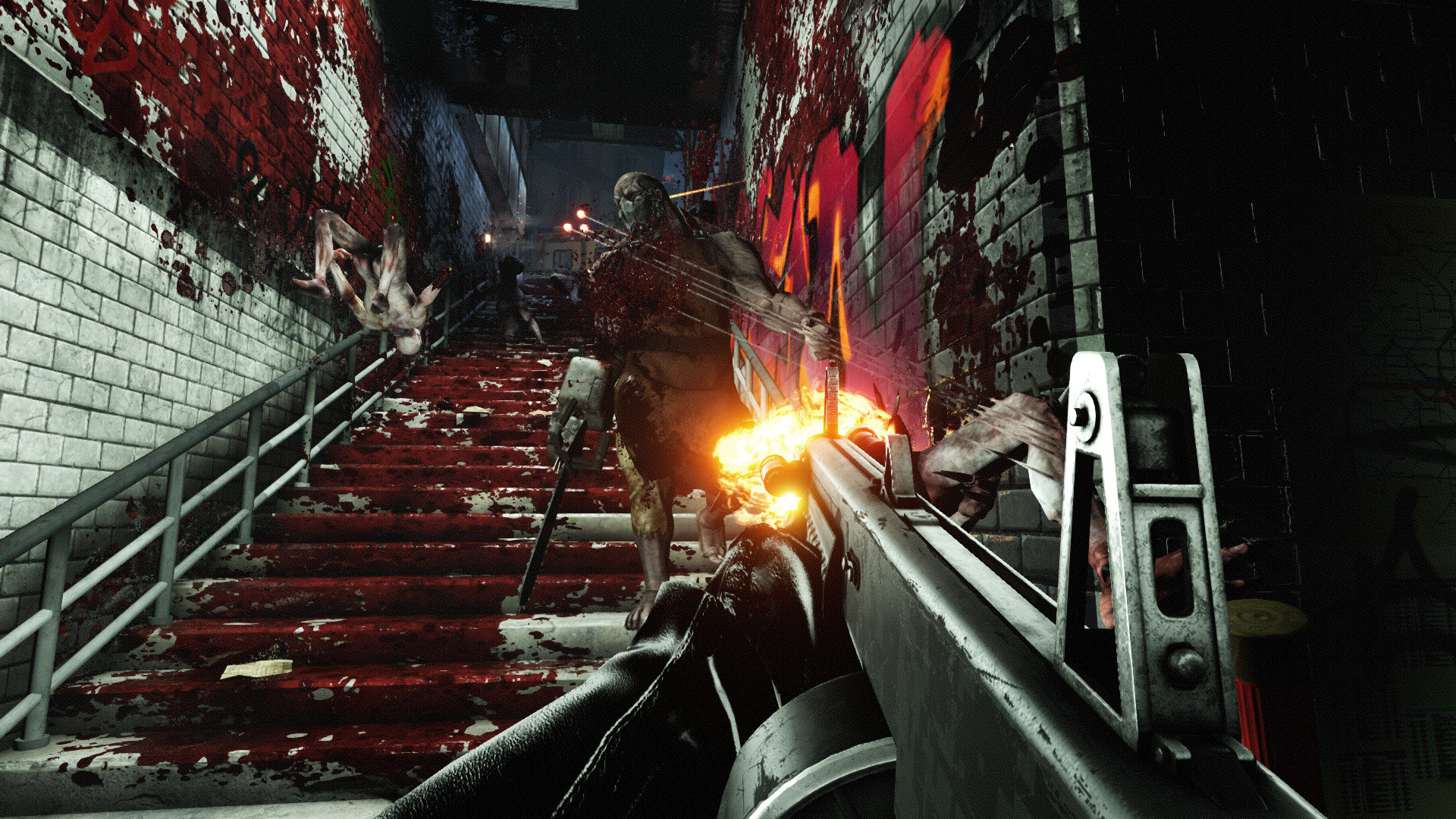 With the release of the Incinerate N’ Detonate update for Killing Floor 2 Tripwire Interactive has opened up their early access First Person Shooter to everyone with a steam account. You can now download the full version of the game and play as much of it as you like offline or with six friends via online matchmaking for hours of Zombie slaying entertainment until 1PM PST Sunday September 6th. I spent an entire evening with the game and thought I would share some of my thoughts.

At its core Killing Floor 2 is a survival game consisting of a single game mode– make it through seven waves of increasingly harder undead without your entire team being killed. You’ll be partnered with five other human players via matchmaking and dropped into one of several maps, team work is absolutely essential to staying alive, wander off on your own and you might find yourself in the jaws one of the game’s larger baddies. 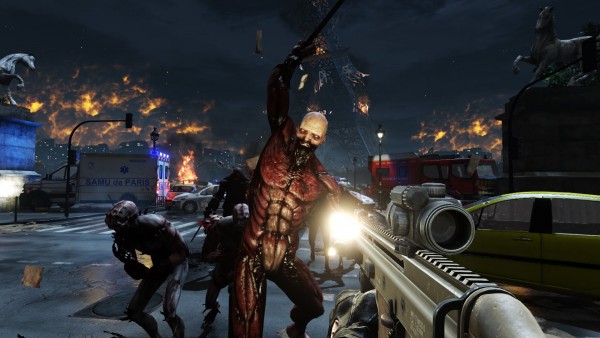 There are a number of different maps that your team may be deployed onto for your fight against the seven waves. During the three hours I spent with Killing Floor 2 I spent the most amount of time facing off against the Zed (this game’s version of Zombies / infected) on the Biotech Lab and Burning Paris maps. The Biotech Lab is a modern medical facility were the Zed outbreak first occurred. In addition to the airtight security doors and sterile steel medical technologies and glowing monitors the remains of several test subjects can be found throughout the environment.  The Paris Burning map is full of burning emergency service vehicles and pedestrian cars strewn throughout the streets. It’s clear that some massive panic occurred within the populace of Paris but my mission to take down the Zeds seemed to have taken placed clearly after the failed evacuation. The maps of Killing Floor 2 are varied and do feel different from one another and the great thing about the game being in early access is that tripwire may add even more with future updates before the game’s final version. 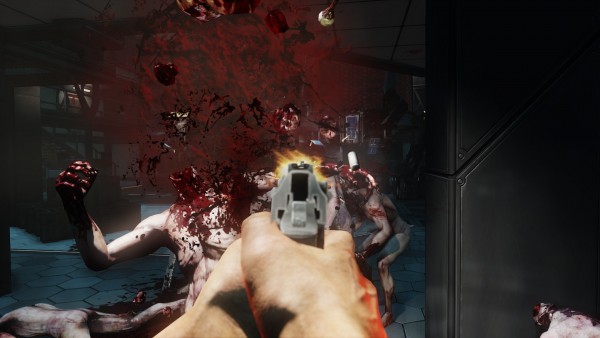 Let’s talk weapons because you’re better off being chow for the Zeds if you don’t have anything to defend yourself with. Each class – Medic, Berserker, Demolitions, Commando etc. – have their own unique starting load-out and set of weapons. The commando’s weapons are usually focused on dealing piercing damage via traditional firearms whereas the medics have access to the supplies necessary to heal the deeper wounds that combat can bring.  You’ll earn XP from your chosen role dependent on the weapon you are wielding but unlike other shooters you are not locked into a predefined role for the entirety of the game. In-between waves you are able to purchase new weapons and provisions at terminals throughout the map and this opens up the option to cross class weapons and abilities. Want to be a shotgun wielding medic who carries a Katana for those up close and personal moments? You can certainly do this as long as you’ve earned enough cash from your Zombie killing exploits. The ability to purchase weapons from any class at any time between matches means that you can change-up your playstyle multiple times a match if you feel like experimenting with new builds or your chosen role isn’t working for your team.

Since the game is in early access there are still some rough spots here and there – the supplies shop has spaces for classes that have not been introduced as of yet for example. Despite this everything ran at a crisp 45 – 60 FPS on my gaming rig with no noticeable slowdown, it is clear that Killing Floor 2 is a very well optimized game. Graphically speaking Killing Floor 2 is a very gorgeous (and gory) title with dozens of enemies and player characters being blasted apart with physics based fire effects and blood splatter going off at any given time. Couple that with a pretty rocking soundtrack that will keep you pumped and ready for action and you’re ready to take on the hordes at a moments noticed!

The latest update – Incinerate N’ Detonate added two new maps (catacombs & evacuation point) two new perk trees for players to explore (demolition & firebug), 13 new weapons (including a shotgun with explosive rounds and an RPG-7 rocket launcher) and a whole host of new features. Tripwaire’s update notes aren’t your typical patch notes released by developers, just like this game everything is coated in a lot of blood and everything is really pretty. Check out all of the details for Incinerate N’ Detonate right here or if you’ve got the hard drive space make sure to download the game’s client during the free play weekend and enjoy a few hours of Zed slaying. If you chose to stay around longer than the 48 hr free weekend the base game is available for $19.99 USD (down from its regular $29.99 USD price).