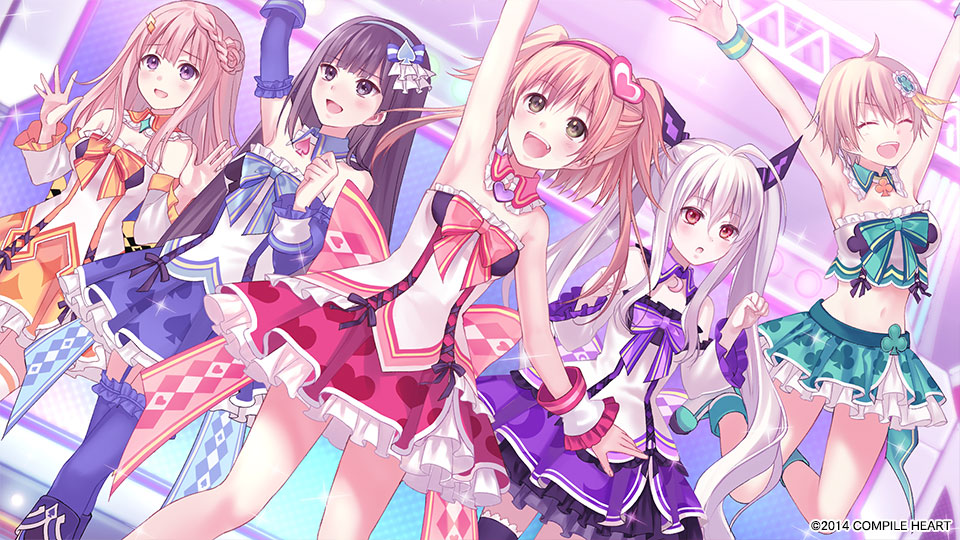 I absolutely love a lot of Idea Factory International’s gaming properties and have been a fan of their work for the past 5 years ever since I imported a copy of the original Hyperdimension Neptunia for the PS3 back in 2009 due to the North American print of the game being quite limited. Unfortunately their latest title Omega Quintet left such a bad taste in my mouth that I had to put the game down and I haven’t picked it up since.

Omega Quintet is the publisher’s first PS4 exclusive, created by Hyperdimension Neptunia developers Compile Heart. In the world of Quintet the world is under attack by a mysterious force known as the Blaire and humanity’s only defense against the ever present threat are a group of singing teenagers known as the Voice Maidens. By utilizing powerful voice based magical attacks and musical themed weapons the Voice Maidens are able to neutralize the Blaire during widely popular concert like battles.

In this universe the Battle Maidens are quite analogous to real world musical idols who in contemporary Japanese culture are often seen as role-models for youth and are idolized for their attractiveness. The opening chapters of Omega Quintet actually brings up the public’s obsession with an idol’s youthful appearance through the first idol we meet, Momoka.
As we are introduced to Momoka, who in-game is level 100 and serves as the tutorials protagonist, it is made quite clear that her power is beginning to wane as her popularity continues to drop. It was my hope that Quintet would use Mokmoka was a way to explore what it means to be an older entertainer in a culture that seeks idealized, narrow views of beauty and youth. It is brought up fairly early on in the tutorial that Momoka is 29 and has been performing as an idol for nearly two decades. Mamoka’s age is instead used as a point of contention to introduce an entirely new team of Vocal Maidens. After the tutorial she is relegated to the role of a side character giving advice outside of combat. 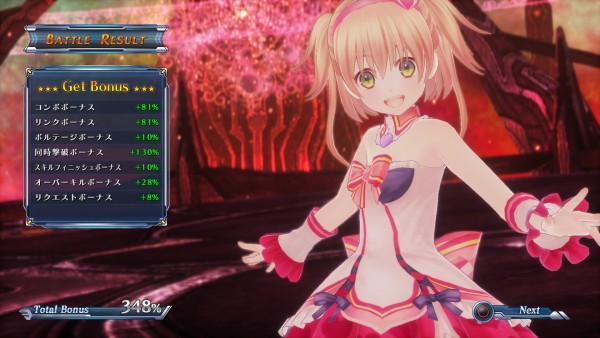 Speaking of combat, the battles in Omega Quintet were probably the brightest spot during my entire time with the game. Quintet’s battles are traditional turn based battles with a bit of a twist, when attacking enemies an overlay is placed on the field that looking similar to a musical chart. Enemies within the green horizontal bar take the most damage and the farther out of range of your character (determined by your attack type) the less damage they take. Combat offers a deep and rewarding experience for those who enjoy multiple stats, multipliers and element types. If you are all about numbers of figuring out effective strategies to exploit your enemy’s weaknesses then Omega Quintet’s combat will certainly be satisfying.

It was when I was introduced to the wider mechanics of Omega Quintet and its main cast that I began to feel disconnected from the game. Quintet’s main characters Nene, Kanadeko and Otoha are all aspiring Voice Maidens with Otoha being recently inducted into the Voice Maidens to replace Momoka. It is here, once I had finished the first few hours of tutorials that I was introduced to Omega Quintet’s equipment damage mechanic – as the Voice Maiden’s outfits durability reaches zero they literally fall off the character. 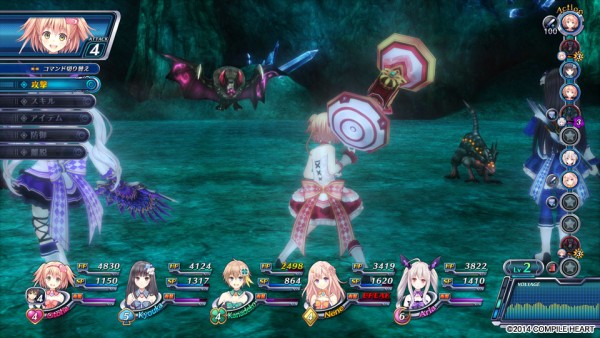 It was at this point, around hour six, that I literally shut off my PlayStation in disgust. The use of anime tropes like the relationship between the Quintet’s manager Takuto and Otoha that sprout from a childhood friend I could forgive as being genre tropes that began decades ago in anime but when you are literally undressing young teenage protagonists the game is no longer paying homage to its roots in other mediums and simply pandering to a certain audience. Omega Quintet with its undressing mechanics and long pan shots of underwear clad teenager idols is running headlong into ecchi territory pandering to the male otaku audience.

It is clear that Omega Quintet is clearly aiming for the middle age male anime fan demographic which is unfortunate. Other Idea Factory titles like Neptunia are subversive with their self-aware humor and generally excellent writing.  Quintet fails to capture that magic and despite having an very deep combat system the game feels like it was designed and marketed to fetishize its female main cast and I couldn’t help but feel disgusted when the whole ordeal was said and done. It fails to empower the characters it creates and you are probably better off skipping this by the numbers and pretty degrading game.

Idea Factory International provided us with a review code for Omega Quintet on PlayStation 4. I played the first six hours of the campaign, you can check out the first few hours of our live stream here and here.