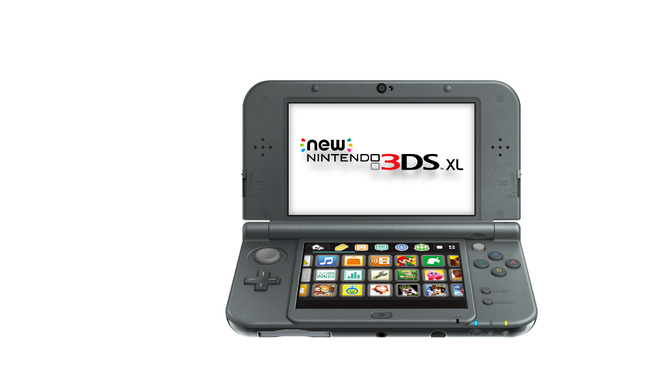 The rest of the world received Nintendo’s most recent iteration of their flagship handheld the New Nintendo 3DS last fall and now the console maker has taken the wraps off of their North American launch plans. The New Nintendo 3DS XL will be available in Canada and the United States on February 13th for a suggested retail price of $229.99 CDN. If you’ve been waiting to upgrade your 3DS now might just be the right time as apparently pre-orders are selling out fast.

What new features await owners of this new handheld? New 3DS XL adds two additional shoulder buttons, a second analogue stick, in the form of the C-Stick (remember those from the GameCube?), a faster processor and Near Field Communication (NFC) support for the Nintendo Amiibo line of figures. A firmware update set to be released alongside the new console will enable Amiibo support. If you own a copy of Super Smash Bros for Nintendo 3DS that game is significantly improved on the new hardware. Not only does the NN3DS boot up Smash Bros much faster but you can also execute smash attacks instantly using the C-Stick.

We’ll have more on the New Nintendo 3DS as the North American launch date approaches. Check out the trailer for the hardware after the jump.