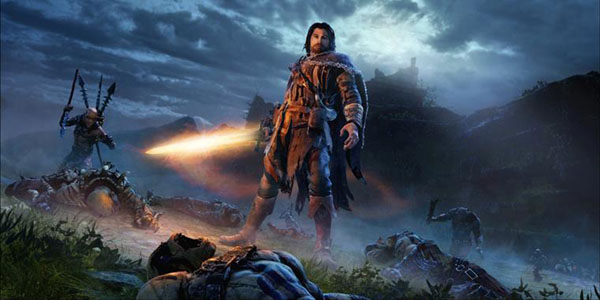 The moment I heard about Middle Earth: Shadows of Mordor, I was completely excited to play this title. It also made me quite nervous since it’s seemingly original content created in the world of J. R. R. Tolkien. Quickly as I’d read the announcement I scrolled down to the comments to see how fans would feel, and I’ve been exploring that ever since. It’s been relieving to see a positive response to this new venture. Shadows of Mordor does something wonderful in bringing more of Middle Earth to us and it’s great to see fans seem to appreciate it as a respectful addition.

At first it may seem like a wild fanfiction story, but it works surprisingly well when you get into the game. A ranger who is given wraith powers sets off to exact revenge on the Orcs and Uruks of Mordor. The game is essentially what would happen if the Batman Arkham series and Assassins Creed had a baby. That’s a very good thing! On top of that Monolith Productions added in what is known as the nemesis system. This could have been a basic element to the game, but instead it makes the ability to free roam into a huge personal war you can wage against all of Mordor!

Before getting too much into it, you do need to play story missions to really advance the story in Shadows of Mordor. However, some later battles are easier if you take down henchmen of the foes you’re going after. This isn’t just some set stack of characters though. You’re given a random set of captains to set out against and these foes can actually be encountered in free roam! So you can search around, use your wraith powers to tag them, and then go after one of the captains.

There is even more to it however. Informants and foes that appear as green on your radar can give up additional info if you use your powers to interrogate them. Basic foes can tell you who a captain is. Green ones can tell you what their strengths and weaknesses are. These are a list of things your enemy hates, fears, or is good or bad at. This can create some pretty easy or difficult situations. Maybe a foe can be taken down with only stealth. No problem if you’re good at that. But some can be immune to stealth, finishers, and even ranged attacks. 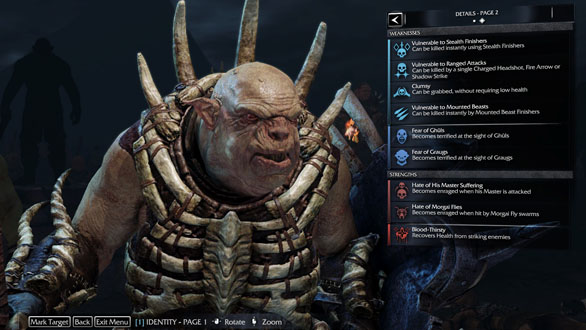 On top of that, when you fall to your Orc and Uruk enemies, they’re typically promoted and an entire chain of events begins! This even includes basic foes who then gain a name, and rise into the ranks as a captain. Thus begins their journey to become your nemesis. Get killed by a foe too many times and they’ll raise so high in power level that you’ll actually acquire a notice that lists them as your nemesis.

But wait, there’s more! (sorry couldn’t resist) There are actual related missions that can be generated based on events captains are participating in. Maybe two captains are about to battle it out for a raise in the ranks. Perhaps there is just a feast going on that you can interrupt before the bolstered morale raises that foes power level. All of these are actual mission markers on the map that you can go and attempt.

It’s a lot more than just win or lose too. Perhaps during the battle between two captains, one of them has a fear realized. They run, and the battle is resolved as one of them fleeing. The event ends… But then continues from that point in time. So even though one captain is running away and the other is declared the victor, you can still chase them down! This is an incredibly wonderful addition to the game instead of just warping you away from the event and declaring the mission a failure. 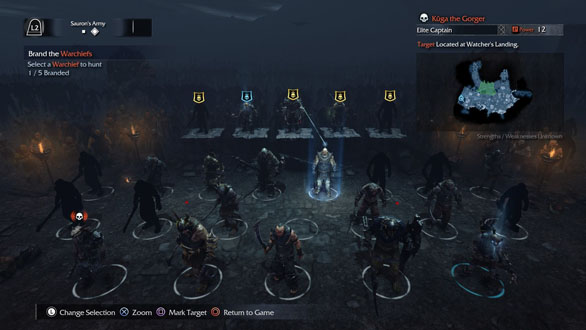 If all of the above makes you happy, enjoy! New captains are brought in if you die and probably at other times as well. So you could really just spend all your time playing free roam and being the wraith assassin of Mordor. Stalk the Orc camps as the unseen ranger and see how many you can take down before they begin to refill their ranks. This actually makes me wish they had some sort of finite DLC that allowed gamers to widdle down the opposing armies and clear all of Mordor if you wished. It’s a solid system and it’s fun to play around with.

Fallen captains can even make a return with patched up appearances and an eagerness to face the ranger yet again. Foes do actually look different from one another and captains gain armor and usually quite unique appearances.

All of this is before you really get into the games story missions. It’s actually a refreshing twist to be following someone through Mordor and hearing details as you wander. This really just makes me want even more Middle Earth series games. Wandering with the fellowship through a hugely realized open world, or even dashing about on your own and learning more about lesser known characters would be fantastic! Shadows of Mordor is the dark and gritty beginning of what could blossom into one of the biggest gaming franchises out there. This is a fantastic product to begin with and it would be wonderful to see even more in the future. 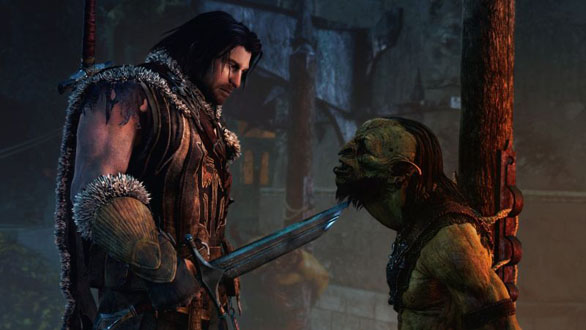 Visually, the game is a treat. Orcs are incredibly detailed and you can even examine them in menu by getting them to pace in place to turn around. Including the camera mode for screen shots which is a free downloadable upgrade, you can enjoy stopping time and panning around your chaotic battle scenes. There are even graphical filters and such to enjoy using. However besides video capture, there aren’t any Xbox One options currently to save your screens. It does sound like that is something on the way from Microsoft though for all games.

There is lots to explore, story missions to overcome, and seemingly a pretty randomized compliment of captains to battle against that are relatively unique to your play through. There are challenge missions that focus on direct action, collectable items to discover, and skills to unlock as you raise in power level which allows for more skills to be selected. This isn’t traditional RPG leveling, it’s more so gaining access to more skill tree options. Also killing captains gains you random runes that can be applied to your bow, sword, or dagger which grant various bonuses. So the more you play, the stronger your ranger can become. 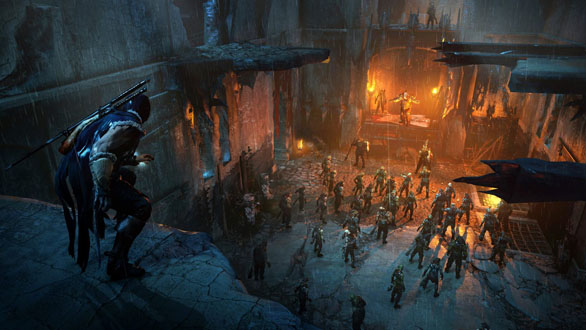 At times you may dismiss Shadows of Mordor as just that Orc murder simulator you picked up. But when you sit down and play it again you’ll wonder where the hours melted away to. It is so easy to go into wraith mode, see a captain on the horizon, and just decide you’ll do one more attack before taking a break for the day. Shadows of Mordor is incredibly enjoyable and the only issue I ever had was the rare controlling issue we’ve probably all run into with games like this. Assassins Creed has become very good at getting fluid motion for players, but Shadows of Mordor does have the odd moment where you’ll run up to a cliff side hoping it’s something to climb, and your ranger will do a little hop only to slider back down without climbing up. These are rare moments, and the odd time pressing two buttons at once didn’t respond well for me (or my timing was just terrible) but otherwise the combat especially flows like the Batman Arkham series and makes it quite easy to be amazing with enough patience and focus.

It’s great to see more adventures in Middle Earth. This title seems respectful to the source material and in general is a fun game to enjoy even when you’re just rampaging around in free roam. We can only hope for more Middle Earth games in this series.

An updated note on the Xbox 360 and Playstation 3 versions however seem to reveal long load times between going to the menu and returning again. Due to the drag on gameplay, I’d highly recommend the next gen or PC version of the game instead. It’s worth waiting for to enjoy this title in it’s proper glory. Though if it isn’t an option and you have the patience for it, the last gen version does seem to have a decent impression to it aside from slow loading and reduced graphics.

Free updates for this game have been a real treat as well. Not only can you now switch skins to a female character that you meet later in the game, but there’s even a fantastic photo mode which has lead to some wonderful videos on YouTube of matrix style still scene panning. There has definitely been some great support for this title and I look forward to seeing where this new series goes.