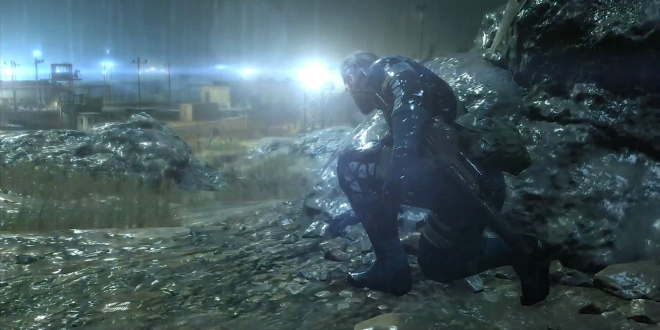 Has the price for MGS V: Ground Zeroes kept you waiting for a discount? Just in time for Halloween, Konami has announced that all digital and physical copies of Ground Zeroes will be reduced to $19.99! Considering the game originally retailed for $39.99 USD for physical copies (or $44.99 if you live in the great white north) this new price point might be more appealing.

When we reviewed the game this past April we praised the brand new mechanics on display as well as the impressive graphics. The main story mission is rather short, clocking in at around 2 hours in length, but the extra missions do add some re-playability to Ground Zereos. If you’re looking to get a taste of MGS V before The Phantom Pain drops next year there is no other way to do it.

Full PR text after the jump.

As interest continues to escalate for the forthcoming  METAL GEAR SOLID V: THE PHANTOM PAIN, the new price-point offers users the chance to practice their sneaking skills ahead of Hideo Kojima’s next adventure. The events in GROUND ZEROES dovetail directly into events in  THE PHANTOM PAIN. The acclaimed prologue acts as an entry experience and introduces key gameplay components that will be a part of the fifth, full METAL GEAR SOLID chapter and act as a bridge between the linearity of existing titles and the environments of  THE PHANTOM PAIN.

GROUND ZEROES charts a rescue mission as users infiltrate a Cuban prison camp, and sets in motion a series of events that will continue to culminate in the stunning plotlines of the upcoming THE PHANTOM PAIN. GROUND ZEROESshowcases the key advances to the series made possible by its use of Kojima Productions’ FOX Engine, with a large open environment, and missions where time of day and weather have a dynamic effect on the game and its missions. Players have total freedom of movement within the missions, choosing how they engage guards, the route they pick, and who they rescue.