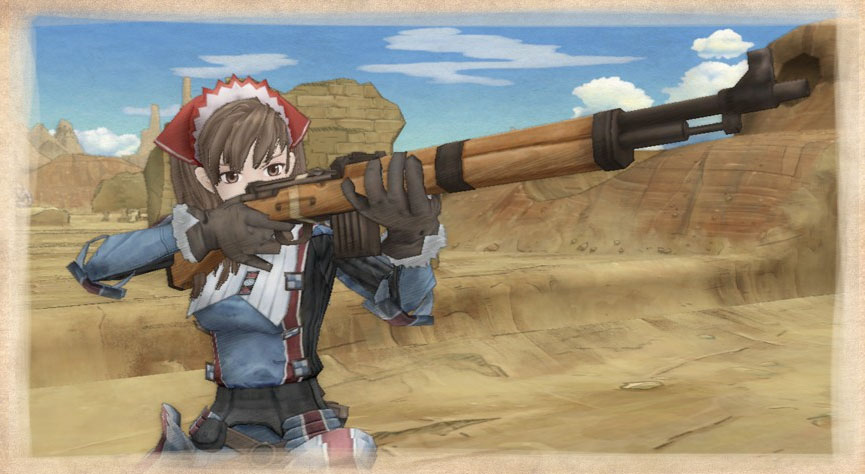 SEGA Has begun hinting that their 2008 cell shaded strategy RPG Valkyria Chronicles will find its way onto PC sometime in the near future. In a short tweet on their official twitter account SEGA USA teased that the members of Squad 7 will once again amount an assault against the East European Imperial Alliance.

No further details surrounding the port have been announced as of yet, so those of you excited to possibly see Valkyria’s beautiful art in 1080P with full MSAA will have to wait for more information. The series did see two sequels on the PlayStation Portable – Valkyria Chronicles 2 which was released worldwide and Valkyria Chronicles 3 which was only released in Japan. There’s been no word on if either of those titles will be ported to PC.

As soon as more information is available, we’ll be sure to bring it to you. Until then be sure to check out SEGA’s spare tweet after the jump. 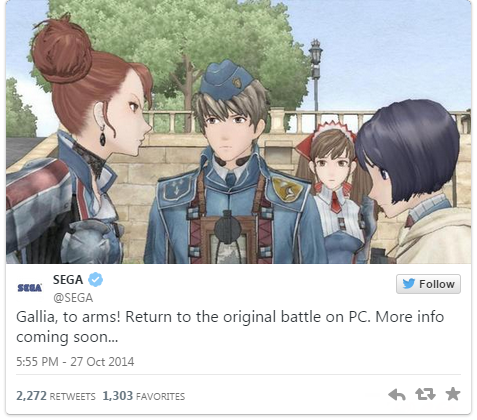