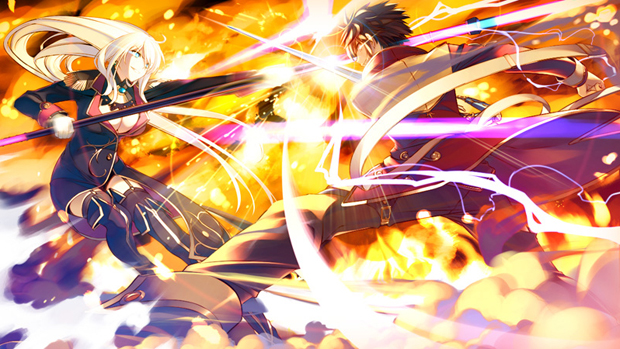 Are you craving a new strategy RPG for your PlayStation 3? Atlus has just released Tears to Tiara II: Heir of the Overlord on PSN and as well as through physical retailers.  Tears follows the main protagonist Hamilcar whose empire is burned to the ground when he inadvertently unleashes a dark demonic power found deep within himself. Can he free his people from the tyranny of an evil empire? That’s up to you!

Atlus promises over 80 hours of strategic combat, more than 15 playable characters and of course the original Japanese audio is included! Pre-order copies as well as a select number of launch day copies come bundled with a 31 page art book!

Irvine, Calif. — Oct. 14, 2014 — It’s time to take the fight to the Divine Empire as Tears to Tiara II: Heir of the Overlord, the strategy RPG for the PlayStation®3 computer entertainment system is now available in the Americas for $39.99. Despite having a “II” in the title, the game requires no knowledge of the previous title, as the story and gameplay are all self-contained within the 80-plus hours of strategic combat and visual novel-style storytelling in the original Japanese audio.

Tears to Tiara II follows Hamilcar Barca, a young man eking his way through life indentured to the Divine Empire. But when the Empire burns an innocent girl at the stake, he unleashes a terrible secret–his unbridled rage and demonic might the berserker. With his newfound strength and at the insistence of a goddess, Hamilcar shoulders the burden of freeing his people from the tyranny of a corrupt Empire. On his journey to free himself and his enslaved people, he will fight alongside powerful allies, beasts, and even the gods themselves. However, he must control the demon within first, lest he himself turns the world to ash.

Tears to Tiara II: Heir of the Overlord is now available in North and South America for $39.99. Pre-orders and a limited quantity of launch edition games will come with the Tears to Tiara II Visual Works, a 31-page booklet that combines sketches, concept art, character designs and background visuals. More information on the game, combat systems and more are available on the official website, http://www.atlus.com/tears2