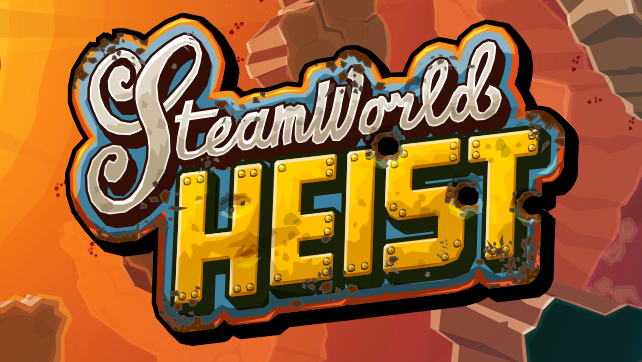 Image & Form, who developed and released the smash hit SteamWorld Dig, has teased their latest game project, and it’s a little bit different than you might expect.

SteamWorld Heist is a game about space adventures and survival. Recruit a team of ragtag robots to explore and scavenge the remains of a destroyed world. Board enemy ships and command your crew in a unique variety of turn-based combat.

Taking place some time after SteamWorld Dig, a cataclysmic event has shattered the planet and forced its population into steam-driven spaceships. It’s a robot-eat-robot world out there, and water is desperately hard to come by. Heisting other ships and bases – bad guys fortunately, the lot of them – is their only way to remain in operation.

“Heist isn’t a sequel to SteamWorld Dig,” says CEO Brjann Sigurgeirsson. “It’s set in the same world and the cowbots are still the heroes. But a lot has happened to SteamWorld since then, and we want to make a game that is radically different. Partly because we really wanted to make a turn-based strategy game, but also because it felt like a clever move. The obvious follow-up would’ve been Dig 2; we wanted to surprise instead.” 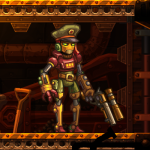 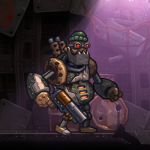 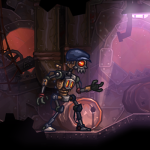 Image & Form aims to self-publish also SteamWorld Heist, although plans for promotion are a little more robust than last time. Before the release of Dig, the studio sent out just a single press release three months prior to launch. “Yes, it was quite ridiculous and we got lucky with the massive response at launch,” Brjann recalls. “This time we’ll keep our fans and media in the loop. So much is happening with this game. I have the patience of an insect, but will try to keep from pestering you every day.”

Release is set for spring 2015, however platforms, price and release schedule are yet to be determined.

Check out a teaser for the game below.