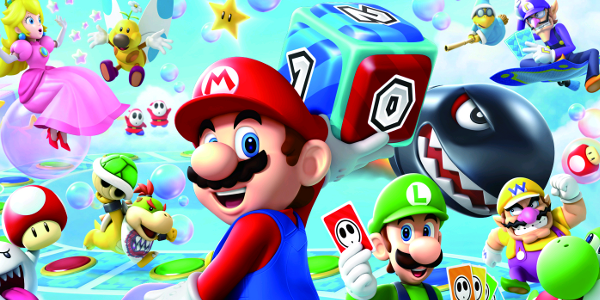 There’s no party quite like a Mario Party, and the A-list crew at Nintendo have been hosting parties for years. This year will be no exception with the launch of yet another iteration of Mario Party.

Mario Party: Island Tour is set to hit the Nintendo 3DS next week, and will be the twelfth video game in the series and the third on a portable system. The very first time the crew got together for some board game mini-games shenanigans was way back in 1998 on the Nintendo 64. Since then there were three N64 games, four Gamecube games and two Wii games. Plus there was Mario Party Advance for the Game Boy Advance, Mario Party DS for (you guessed it) the Nintendo DS and there was even a Mario Party card game which took advantage of the Nintendo e-Reader for mini-games on the GBA. Do you remember the e-Reader?

This latest game for the 3DS is the very first for the 3D system and will actually allow the game to be enjoyed by up to four players with just one copy of the game. What a novel idea! The game has seven new game boards, new modes, and 80 minigames.

Take a look at some of the features that Nintendo is touting! 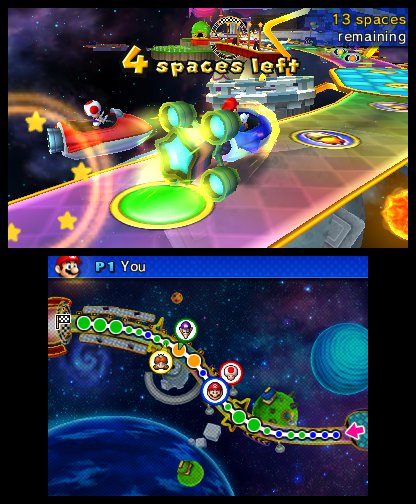 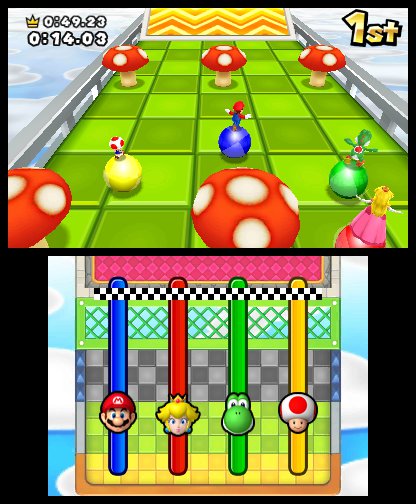 • Wrangle goombas and blast out of cannons as you tilt, tap, and draw through new minigames harnessing the unique functionality of Nintendo 3DS. Imitate the voices of classic Nintendo characters with the built-in microphone, slide down icy paths or test your archery skills with motion control, and bring virtual objects into the real world with AR Card features.

• In Party mode, play either solo or in multiplayer on seven unique and creative game boards, each with different rules and characteristics. Banzai Bill’s Mad Mountain tests players’ luck and courage, while Shy Guy’s Shuffle City requires players to use their hand of cards strategically in order reach the goal. Other boards include Star-Crossed Skyway, Rocket Road, Kamek’s Carpet Ride and Perilous Palace Path.

• Nintendo 3DS Download Play functionality allows up to four Nintendo 3DS owners to play with only one game card via a local wireless connection. All minigames, and even some modes, can be played as multiplayer, making it the most engaging Mario Party yet.

• Mario Party: Island Tour features a variety of different modes to enjoy, like Time Attack, where players are encouraged to run a 10 minigame gauntlet as fast as possible. There’s also Hot-Air Hijinks, where players battle it out through minigame matches to make their hot-air balloon rise higher than everyone else’s for the win.

• Solo mode is as deep and exciting as multiplayer, with customizable difficulty settings and several different modes to play, like the Bowser’s tower. Scale Bowser’s Tower of minigames and win your way to a climactic showdown! Or take part in StreetPass minigames where players can compete against the ghost data of other players they Streetpass. StreetPass is your invitation to win some matches against other people playing Mario Party: Island Tour, unlock special collectables, and more.