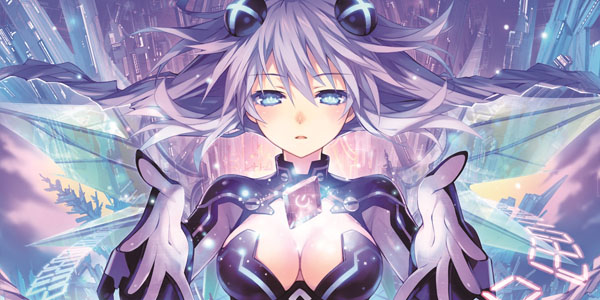 Hyperdimension Neptunia Victory is the third in the series but was story friendly enough for me to be able to dive in and enjoy the game, even with it being my first adventure in this universe. The game feels like a hybrid between a visual novel and a JRPG. Not in the sense that you’re trying to date anyone, but more so the fact that there is just so much character interaction involved in the game; you do feel like you’re watching a visual novel, rather than playing a typical JRPG.

As such, I’d recommend Hyperdimension Neptunia Victory for those who do want to experience more story than gameplay. I’d recommend Mugen Souls for those looking for battles and RPG grinding instead, also by Compile Heart, because it focuses on gameplay more. The main focus of HNV is good story and many hours of quality entertainment, but most of it does come from the dialogue and character interaction, instead of battles and grinding.

The battle system focuses on being able to sneak up on foes on the field maps, and then clobbering them through turn-based combat. You are given an array of attacks which you can mix up each round; this is fun and usually allows for about four hits or so per character. 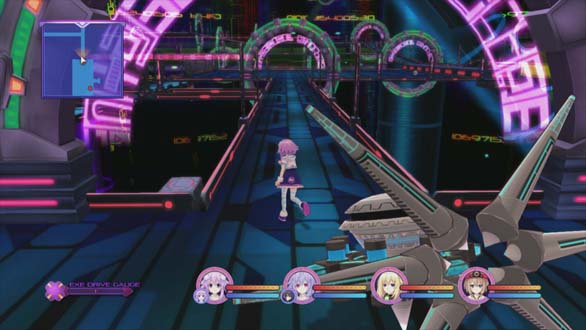 Most of the other RPG concepts are here, too. Items, leveling up, getting better gear–all those goodies. However, as I said, most of the adventure focuses on story. You’re usually watching conversations between the characters. These do tend to be fun, but pacing is fairly slow. Within four hours I felt like I’d reached chapter 2 and felt like I’d played fairly typically. I’d read through dialogue as quickly as possible, wandered the battle fields and attacked most of the monsters I passed, and participated quite often in the quest system to move the story along.

You’re looking at tons of content here, but more so it’s a visual novel to be enjoyed most of all. The game does have both English and Japanese voice acting, so you have your preference for the storytelling as well.

The story focuses on Neptune, who’s accidentally sent through time and space by a protester who doesn’t appreciate the CPU characters (which is Neptune) that rule over the game world. However, ruling doesn’t mean there isn’t work to be done, because that’s where quests come in. At the start you’ll be collecting items from battles, and if you’ve been grinding through the fields a bit, odds are you’ll already have the requirements to complete most quests when they come up. Early on these are one of the main elements for moving the story along. So you’ll complete a quest, come back, and a new event will be available to watch. 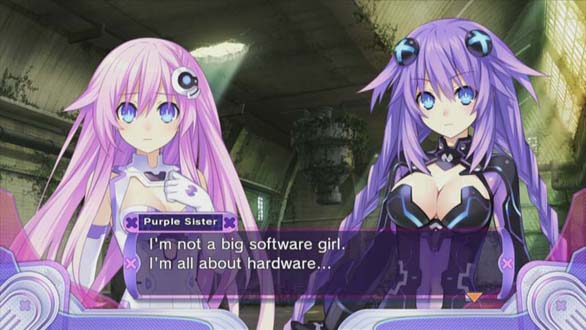 When you encounter your first boss-like character, you will definitely feel overmatched when both your characters are destroyed. This isn’t because you haven’t leveled up enough, though. The game includes HDD transformations for the CPU characters, allowing them to turn into more powerful and quite sexualized versions of themselves. Being able to do this allows you to tackle the first boss including using EXE drive, which adds a finishing move on to your combos.

Overall, the concept of Hyperdimension Neptunia Victory is to lightly parody video game console publishers. Lastation, Lowee and Leanbox, three  kingdoms in the game give you a good idea of this concept. Even the main girls have a strong video game influence to them right down to their clothing. This is fun and does contain the occasional video game related jokes.

Fans of cute, playful anime girls will enjoy this one. That isn’t to demean the title at all, moreover it’s an honest perspective of the characters you’ll be spending most of your time with. It is enjoyable to watch everyone interact and the story line doesn’t rush forward unnaturally. It isn’t like Neptune drops out of the sky after time traveling into the past and instantly recognizes that she has gone back in time. That, and technically you do seem to be in an alternate dimension version of the past, since you do end up communicating with your friends in the present and the whole time continuum doesn’t seem to be altered in any way. 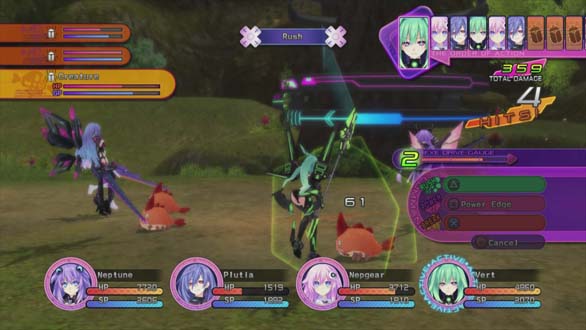 Hyperdimension Neptunia Victory has a lot to offer. If the characters seem appealing in the trailers and you’d watch an anime with those characters (speaking of which, there is an anime now based on this series) then you’ll have a lot of fun with this title. If you’re looking for a JRPG specifically for lots of battles and typical grinding, you may want to look elsewhere. Not to say Hyperdimension Neptunia Victory doesn’t have those elements, just that there is a lot of dialogue in between. It’s a fun adventure to go on if you want to get to know these characters well.