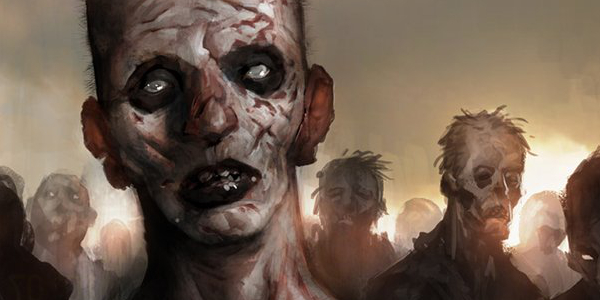 State of Decay is a unique zombie survival adventure that mixes elements of Dead Rising with RTS ideas in an open world with safe house improvements. All of this adds up to a very enjoyable experience that can be approached several different ways. Sometimes you’ll find yourself using stealth to sneak past undead hordes, using bushes, similar to that of Assassin’s Creed; there will be other times when you’ll want to tackle a mission head on, and get into a vehicle to mow down the “Zeds”.

The story begins with two survivors up at a camping site in the northern section of the map. After being away for so long, they missed the undead outbreak, but you’re immediately put into combat, rushing to save your friend Ed. It works and quickly gets you into the action. For more on the intro, check out my previous article about it here.

In this early section of the game, you’ll get used to the basics: sneaking, opening doors to look in various buildings, and scavenging for items. Probably what I loved most about State of Decay was the lack of painted on doors. I don’t think there are any buildings you can’t find some way into, besides perhaps in the bigger city. If there are, you’ll find garages or such that at least have a shed attached, ready to explore. There’s also outdoor areas you can scavenge for items in. 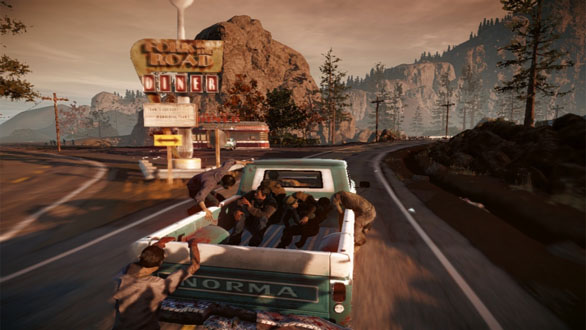 This really creates a breathing world. You’re living on the outskirts of a town that is completely plagued with undead. Each house tells a story in the sense that you just don’t know where the enemies are going to come from. Some are even lying on the floor or leaning against walls. If you don’t get too close, they’ll leave you be.

You can use your safe house to save up items, though sometimes it seems that others in your group of survivors can use items when you’re not playing. That was one element I wasn’t quite clear on. The game is supposed to progress when you’re not playing; however, I’m not sure that time actually does. Maybe I just got lucky, and always resumed at the same time of in-game daylight. What this does is keep you from just looting every house and gathering enough gear to run an army. To be fair, this does keep the game more realistic.

One experience I had when looking after my safe house started when I checked back in and my food supplies were exhausted. In most games it would have been frustrating to ignore your new missions to find your virtual friends more food. State of Decay, however, makes it exciting, because you need to sneak into town and then think of where to go. The game does a good job with item placement. If you need building materials, check construction zones, like a house in-progress; food can be found in stores and kitchens–it’s good to see logical thinking is actually rewarded.

In your safe house, the stockpile works on an influence system. It’s basically your currency, and its maximum is equal to the fame you’ve accumulated by doing missions. Essentially, if you’re a more productive survivor, you’re more free to access supplies. The items you return home to stockpile also add to your influence points. If your influence exceeds your fame, the extra influence points will slowly tick down. This gives you time to still use those points to get gear you want. Weapons do break, so it’s good to be able to switch off to other gear.

Each survivor has skills, which can be increased by doing various tasks. Checking the in-game menu tells you what each skill needs to increase. The easiest is cardio: just run in circles and let your character relax. I have to admit, the RPG fan in me had Marcus, your first survivor, running circles in the sheriff station parking lot to raise his stamina. It’s fun to improve your survivors. Of course, you need to protect them too, since you don’t want to see them be torn in two by the undead. 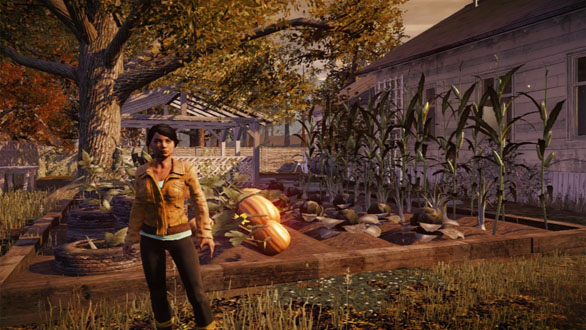 The only real problem I had, which may have been lessened by patches by now, is how quickly my playable survivors were getting tired. Unfortunately, one of my survivors got hurt, and he only had a 10% chance or such of healing during each in-game day. He was still playable, but this lead me to focusing on the uninjured one. However, she would tire often. Being a seemingly real-time game, I didn’t have an option to just go home, press a button next to a bed, and sleep. There are items like coffee and energy drinks to keep your character going, but I feel you still suffer stamina loss. To be fair, this is just my experience with one part of the game. Maybe I just wasn’t playing well enough. That’s what it felt like. I needed to get better at looking after my characters.

It wasn’t shortly afterwards that my two main characters got torn in two. In State of Decay, death is permanent. So when all my playable characters were dead, I was given a new, seemingly random, survivor. Probably to keep things from getting too out of hand dialogue wise, the new survivors seem to have similar voice actors to your starting ones. I don’t fault the game for this, and it actually is a bit of a comforting, since they’re similar to a character you’re familiar with, but alive. As you continue on you do find other survivors. Also I think you can get survivor friendship levels up high enough to play as them, but I haven’t personally done that so I don’t know for sure if that’s how it works.

The game isn’t all sneaking around town getting meaningless items. Missions come up often and the game does a great job of making sure you’re not bored. From neighboring survivors, to actual story missions and various other jobs, there is a lot going on! That, and the surrounding area is quite varied. State of Decay is an open world game and there is quite a bit of outskirt country to explore. It’s a change from the usual open world city games which I usually see a lot of. Between various groups you’ll meet up with, and the many places to explore, there is a lot you can do in this title.

It was hard to rate State of Decay. There are graphical glitches with objects popping in or loading late, but the team has released at least two patches so far, so it is being actively addressed by Undead Labs. What earned the most points for me, that besides the glitches, I was actually having fun! This is easily a game that could have felt like a chore; however, the atmosphere is excellent, and the characters are interesting. Gameplay, best of all, is solid. Driving is fun, combat is fun–it’s an enjoyable game. I’m an oldschool PC gamer, so I guess when a game has issues, or occasionally a slow framerate, I just consider that to be my hardware and don’t even consider it as a problem. For me, the game is enjoyable and I’m very happy with it. I can hardly wait to show this one to my friends over the weekend.