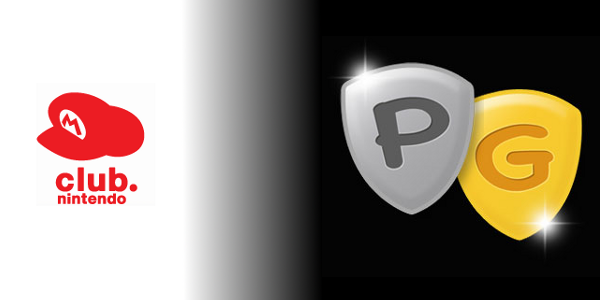 It’s that time of year again when Nintendo rewards all their loyal Club Nintendo users with special thank you gifts. Throughout the year every time you purchase and register Nintendo hardware platforms, select games made by Nintendo and titles purchased from the eShops, you are rewarded with coins.

Coins are awarded for purchasing and registering some things while additional bonus coins can be earned by completing post-play surveys.

Below is a rundown of the rewards available.

Platinum Reward Only
Keep your favorite characters with you with this three-poster set. Featuring Pikmin 3™, The Legend of Zelda: Wind Waker™, and a retro Luigi, these posters will be the perfect addition to your collection.

Platinum Reward Only
Enter the world of Majora’s Mask with the stirring music from the game. This re-released 2 CD set features the entire soundtrack of this classic Zelda™ title and will be packaged in a double-CD jewel case. All songs were written and composed by Koji Kondo, except three by Toru Minegishi.

Platinum & Gold Reward
This classy desk calendar comes with beautiful artwork representing a different Nintendo game for each month. A built-in display stand on the back lets you show it off with pride right at your place of work, study, or play. This exclusive calendar is only available to Elite Status Club Nintendo members.

Wii Virtual Console | Fighting | Rated: E | Platinum & Gold Reward
Battle with an all-star cast of classic Nintendo characters! Choose your favorite Nintendo hero—from Mario to Link or Pikachu; Up to four players can compete in interactive stages filled with wild power-ups; Unique and intuitive gameplay makes for a fighting game that anyone can enjoy.

WiiWare | Action | Rated: E | Platinum & Gold Reward
WarioWare: D.I.Y. Showcase is just that: a showcase for all the different WarioWare: D.I.Y. products. It includes microgames, music, and four-panel comics—all with simple controls using only the Wii Remote controller. Use the Game Blender and its many modes to play microgames featuring Wario, ninjas, animals, and even classic Nintendo franchises. Or check out the Music section to listen to or play a selection of songs using a character from Balloon Fight.

In addition to the bevy of preloaded products, you can also play with products made in the Nintendo DS game WarioWare: D.I.Y. or received from friends. So let your creativity run wild and start setting up D.I.Y. You’ll be amazed at the possibilities!

3DS Virtual Console | Action, Adventure | Rated: E | Platinum & Gold Reward
A high-seas voyage takes a dangerous turn when Link’s ship is destroyed by a furious storm, and he washes ashore on the mysterious island of Koholint. Link learns that the only hope he has of returning home depends on awakening the mythical Wind Fish, who slumbers within a giant egg atop the island’s highest peak. But who is the Wind Fish? How do you wake it? And what will happen when it awakes?

Lead Link on an incredible adventure as you explore uncharted lands, meet amazing new friends and foes, and unravel the mystery of the Wind Fish. The first handheld-system release in this beloved franchise, presented as it appeared in the 1998 Game Boy Color re-release, The Legend of Zelda: Link’s Awakening DX is a must-play for fans of this beloved series.

3DS Virtual Console | Action, Platformer | Rated: E | Platinum & Gold Reward
Ancient ruins, giant crabs, Koopa Troopas, flying stone heads, and hungry sharks await you in this re-release of the 1989 Game Boy game. In the beautiful kingdom of Sarasaland, a mysterious alien has appeared and hypnotized the inhabitants, while kidnapping Princess Daisy for himself.

Travel over land, in the air, and underwater, as Mario runs, jumps, and bounces his way to fortune and glory on his mission to save Princess Daisy and restore peace. Ancient ruins, tempestuous waters, and brand new challenges await!

3DS eShop | Action, Fighting | Rated:T | Platinum & Gold Reward
Leave button mashing behind. Sakura Samurai: Art of the Sword is about precision swordplay, battlefield finesse, and martial-arts style. As the heroic title character, you’ll travel a world rife with cherry-blossom beauty—and deadly danger—to rescue the legendary Princess Cherry Blossom. Her kidnapper has set dozens of blade-wielding henchmen in your path, and you’ll have to exercise your best battle senses to defeat them and save her.

Learn to predict your foes’ moves, deftly dodge their attacks, and create opportunities for devastating counterattacks. Start with the Sakura Sword, a little health, and some basic training from your water-spirit guide. Make your way from battleground to battleground fighting wave after wave of increasingly cunning enemies. Fight through huge castles to duel epic bosses. And don’t forget to stop at small villages along the way to get help, gear, encouragement (and distraction) from the quirky townsfolk. Prove that you truly are the Sakura Samurai!