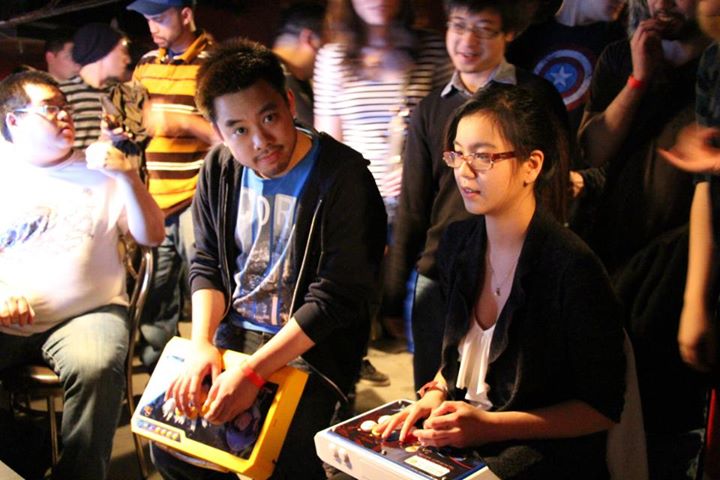 This weeks guest is Kim Le, better known to some as Keemmay (yes she is a girl and play fighting games, they do exist!).

Keemmay: Hi my name is Kim Le, many of you know me by Keemmay. I live in Montreal, Canada! I have been playing Street Fighter 4 for two years and it’s my first fighting game.

Keemmay: My childhood friend used to write me letters and she gave me her deformed version of my name: Keemmay. And so, since then I’ve been using that name!

Kash: So you mentioned earlier that your first fighter was Street Fighter which you’ve been playing for two years. When was the first time you went and competed at a event in the FGC?

Keemmay: The first time I went to compete was at Montreal Annual Tournament IX which was a road to EVO event organized by Montreal Street Fighter. It was my first time competing and I was really nervous, but thankfully I had Vince (boyfriend) to help out and keep me company. I didn’t win the tournament but I won a headset in a raffle! 🙂

Kash: Online play is something that many of the FGC prefer not to do or do  in secret. Starting as an online warrior, how do you feel about playing fighters online?

Keemmay: Like many other players, I find online play very frustrating at times. However, I believe that it allows one to practice all possible matchups. Also, I do stream a lot and it helps me get feedback from the online community. 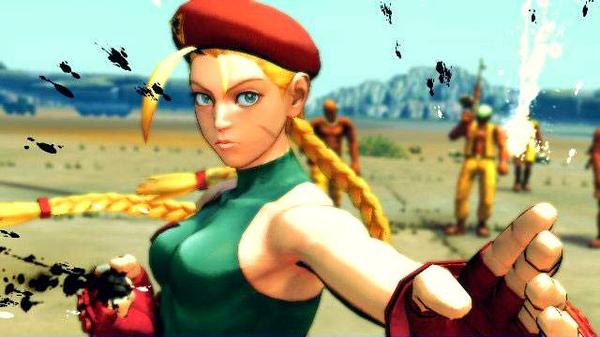 Kash: A lot of people currently see Cammy as a problem since she is one of the top tier characters in the game. Did you pick her based on that or was it luck of the draw that you ended up with one of the better characters?

Keemmay: When I first started to play Street Fighter, Vince told me to try Cammy because she was the easiest girl character in the game to play. Had it not been for that, I would have chosen Chun-li because she was the prettiest and her beautiful legs! It was a coincidence that I picked up Cammy and she was a top tier. I did not take tier charts into consideration when choosing a character.

Kash: Are you currently sponsored by anyone?

Keemmay: Unfortunately no, but I’m trying my best to get sponsored!

Kash: You mentioned earlier how your decision was to pick Cammy in SF4. Do you think other people in the FGC like their characters because they like them, or because they need to use them based on the current tiers and meta game?

Keemmay: I believe that there are many people that pick characters originally based on preference, but end up changing characters based on matchups.

Kash: You might have seen this question coming for a while but, how do you feel about being a female in the FGC? They’re a lot of women at events, but not many of them actually compete. In your opinion why do you think there’s so few female players in the FGC?

Keemmay: Being a female in the FGC is a bit of a weird experience. Obviously, it is a male dominated community with certain noteworthy females in it, but not many casual female players. I feel lucky in that the MTLSF community as well as the online community has welcomed me into the fold and I have not had much if any vulgar or sexist remarks thrown at me. I believe many females do not participate because they do not have someone to help them get into the game. Initially, I luckily had my boyfriend, also many are intimidated by the local scene whereas mine embraced me.

Kash: As of late there’s been this push to get the FGC to eSports level. The community has a variety of colorful personalities as well as hype moments. What do you think is currently holding us back?

Keemmay: Hmmm.. Tough question, I believe currently the FGC is not ready for E-sports because of certain remaining immaturity in the scene. Also, being that the FGC in general is an open community and grass roots based, I see it being fairly difficult to progress to an pro E-sports level. But to simplify, it is the FGC itself holding the FGC back.

Kash: You mentioned how easily you were able to enter, how difficult do you think it is for anyone else to enter the community and feel welcomed?

Keemmay: I believe it is fairly easy to enter the scene however it helps to have a bit of game knowledge beforehand. Again, MTLSF was very welcoming so I guess I’m a bit biased. Nonetheless I do not believe it is that difficult it will just take some time.

Keemmay: I still get very nervous and as a result drop combos and play like shit, however the MTLSF community helps me out and is always their to cheer me on and shit talk the opponent even when I’m losing!  😀

Keemmay: I believe their should be ramifications for pot splitting, everyone should be playing to their best no matter what. I mean even if it’s two friends and they plan on splitting the pot, at least play your best and deal with the “splitting” afterwards in private, don’t make it super obvious.

Kash: Going into that a bit more, how do you feel about teammates withdrawing from competitions when they are forced to play one another? While every player does have their right to do things, wouldn’t it be better to put a show for fans to see who’s the better man or woman on a team?

Keemmay: I agree, as with my previous response I think they should play it out as professionals and let the best man (or woman :D) win.

Keemmay: I didn’t play much games before, but I got caught up in Call of Duty ( drop shots for the win! ), Uncharted, Bioshock, Dark Souls.

Kash: What is your current system of choice, and with all the information about Xbox One and PlayStation 4, which one do you see yourself playing in the future?

Keemmay: For my current system of choice, for online playing, I prefer my Xbox 360 for the connection. If I had to choose between Xbox One and PlayStation 4, I would definitely take the PlayStation 4 because there is a lot of games that I’m interested to play. For example: Kingdom Hearts, Assassin’s Creed, Final Fantasy, Watch Dogs, etc. Plus at that price point it’s a better bargain for me than the Xbox One.

Kash: E3 weekend is all over. Was there any games you saw that quickly made you say I need this game right now and likewise, any game you saw that instantly turned you off?

Keemmay: The games that I actually want to try are Kingdom Hearts and Killer Instinct! But, I don’t think I would play or buy Forza 5. I’m not that into racing games.

Keemmay: I would put Hayabusa from Dead or Alive 5 to replace Guy from Street Fighter because of his 3 frames kick!!! 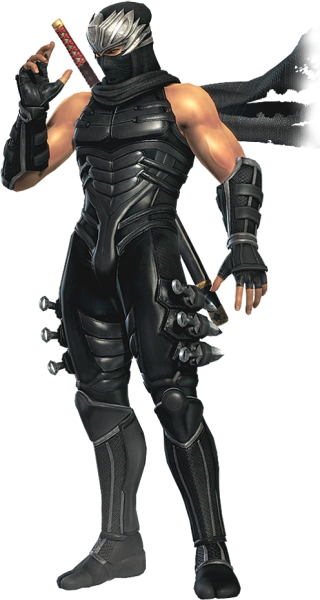 Kash: If you could challenge anyone in the FGC past or present, who would it be, in what game and why?

Keemmay: I would challenge Tokido in Street Fighter because I like his style of gameplay. 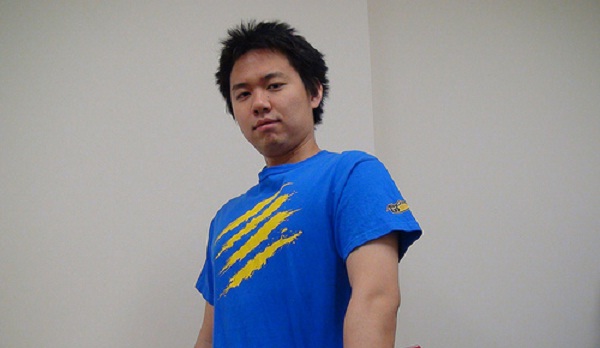 Kash: Super Smash Brothers 3Ds/Wii U revealed to us the Villager from Animal Crossing, Wii Fit Trainer from Wii Fit and a guest character, Classic Megaman which we all know from the NES Megaman titles. Seeing how Nintendo can grab any character and turn them into a fighter, is there anyone you’d like for them to add both 1st party and 3rd party?

Keemmay: I think that Wii Fit Trainer is the best character of all time. I would not add any other fighter in Smash. 😀 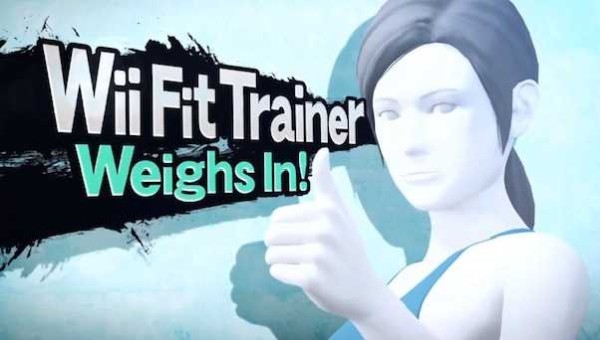 Keemmay: Thank you for all my stream fans out there, PandaxGaming, and Broken Joysticks for having me. I’d like to make a shoutouts to MTLSF, you guys rock. And you guys can contact me via twitter if you have any questions. And last but not least, to my boyfriend Vince … for now.. until I meet Daigo !! <3 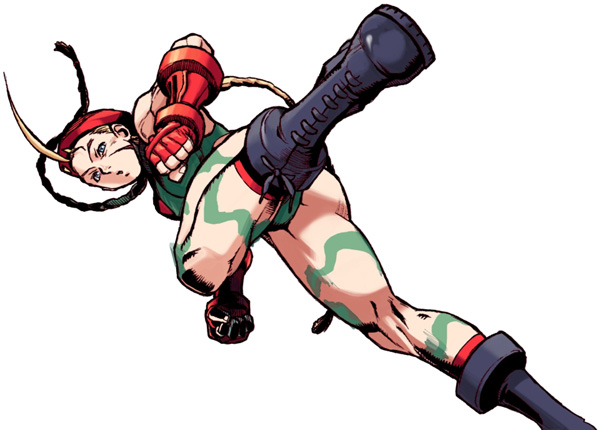