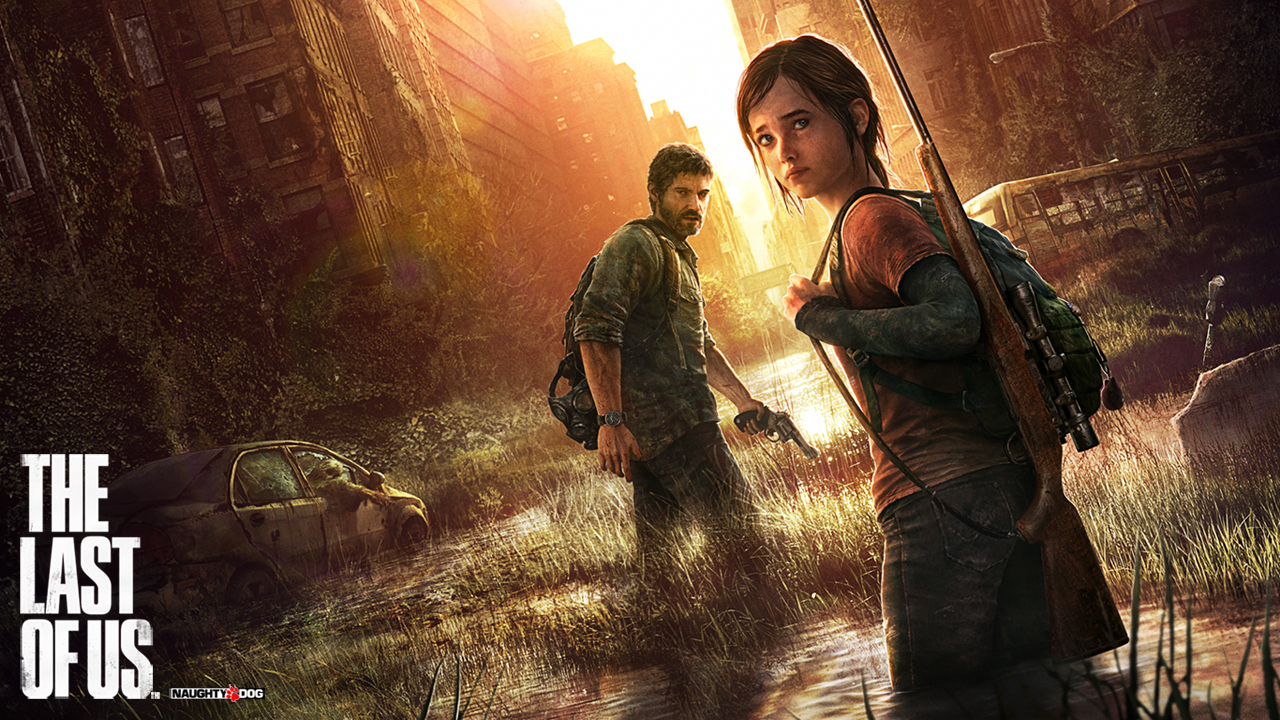 Describing The Last of Us as a post apocalyptic, stealth-action hybrid that takes place 20 years after hordes of infected have ravaged the world, essentially causing the apocalypse, would be doing it a disservice. While on the surface, and probably to the uninitiated, this statement is accurate, it does little to highlight what makes this game so special: Joel and Ellie, the two main characters, and the bond they share. Zombies may be so passé that the genre appears to be shambling forward like the very undead that inhabit it, but Naughty Dog’s latest proves that a little humanity can warm up the darkest of hearts.

In what I feel is one of the best unexpected perspective choices in modern gaming, our introduction to the world of The Last of Us isn’t through the eyes of grizzled survivor Joel, any of his contemporaries, or even his eventual companion Ellie, but rather that of his teenage daughter, during the night the horrors began. What first seems like just the scared insecurities of a teenager quickly escalates to something much more serious as news reports of violence across the entire United States start to pour in. Using pre-apocalypse scenes as a point of reference for the story yet to come is a common device employed in the film industry, but when you put the sense of control in the player’s hands, and take away all of the power-ups and weapons they expect to have, you create a level of immersion I haven’t seen since in quite some time. From the opening act of the game, Joel is set up as a man who has lost everything that was once important to him, and we can’t help but feel sorry for him. 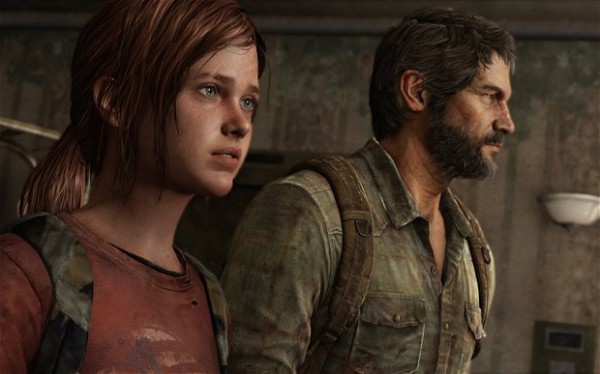 Flash forward 20 years and the plot really picks up. Joel may have experienced tremendous loss during the game’s opening sequence, but he’s found a new life in the post-apocalyptic future as a courier of scavenged goods and coveted items like firearms and rations. Civilization as we know it clings to a few relatively small safe zones with major cities and the authorities aren’t exactly the democracies we enjoyed in the western world. Voted officials and clean streets have been replaced with a seemingly authoritarian system ruled by martial law, complete with ration lines. It is with this set-up that Joel is given his most bizarre cargo of all: 14 year-old Ellie, whose plot significance you’ll spot a billion miles away if you’re even remotely familiar with the genre. After the “unfortunate” (*cough.. plot device*) death of a supporting cast member, the two are ready to begin their cross country journey in earnest.

If this paragraph sounds full of genre clichés, that is because it’s supposed to; it’s clear that Naughty Dog utilized genre clichés from video games and movies in order to narrow in our focus on what should really matter, the characters. While at times this makes things painfully obvious and you’ll most likely predict character deaths and plot points a mile away, it pulls off something truly rare in the post-apocalyptic genre, regardless of medium: believable characters. You’ll witness Ellie and Joel go through a number of ups and downs, and grow to trust each other over time– if you’re like me, you’ll be glued to your television for every minute of the 15 hour campaign. I don’t care if these two people don’t exist, if anyone disputes that video games aren’t art, the entirety of The Last of Us is a valid rebuttal.

Graphically, The Last of Us is one of the most capable titles on the PS3. It may not have the amazingly detailed facial expressions of Heavy Rain, or the advanced technologies that power Crysis, but what it does have is an engine that allows it to have several highly detailed characters on-screen at the same time. This is a game with a detailed and beautiful yet simplistic art style. From dilapidated buildings to the moss covered city ruins, everything has been crafted with care. Some games would be satisfied with slapping some broken furniture and burning police cars into their settings and call it a day, but you can tell that Naughty Dog took their world building seriously.

Similar to the Uncharted series, The Last of Us switches from third-person action sequences to pre-rendered cutscenes that use the game’s graphics engine. While you’ll instantly recognize a quality difference between the two modes, switching between them is done almost instantaneously and the level of detail that Naughty Dog brings to the table is, for lack of a better word, impressive. Most of the important character development happens outside of playable sections, and like any good zombie flick, you’ll be fixated on the screen during intense action scenes and waiting with bated breath to see if characters make it out of sticky situations unscathed. Complaints about the use of  switching to pre-rendered graphics due to the jarring effect it can have on immersion are typically just, but in The Last of Us, the technique gives the characters even more life. 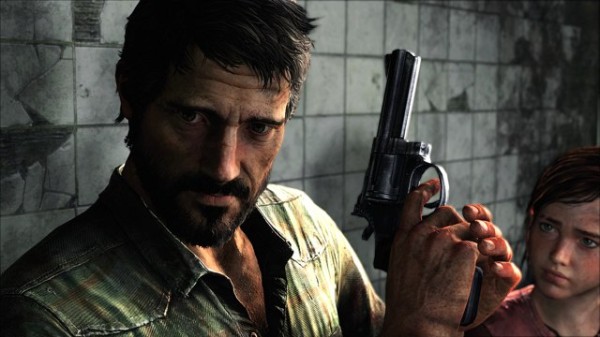 In regard to game progression, there are typically  two ways that you can tackle any of the problems The Last of Us throws at you: action or stealth. If you’re a veteran of the Uncharted games you may want to blast your way through the campaign, killing everything in sight, but unfortunately this will probably end in failure if you attempt it on even the easiest difficulty setting. Due to the fact that the game is set 20 years after the end of civilization, bullets and ammunition aren’t exactly common place items. Sure, Joel’s backpack can hold more munitions that its small size should be allowed, but you won’t be playing the majority of the game with 100 rounds of ammunition. Instead, you’re dealing with maybe a full clip for each gun, if you can find enough bullets to stock them.

Situations where ammunition need to be conserved, and that’s most of them, is where stealth and the absolutely visceral combat system comes into play. Perhaps unrealistically, Joel possess a “listening mode” (which can be disabled), similar to the detective vision from the Batman: Arkham Aslyum games. This mode obscures the game environment in a brief haze and highlights enemies and other important objectives, allowing you to sneak around and perform stealth kills. Some enemies, like the infected “clickers”, won’t go down with the basic stealth kill and require specialty items like shivs in order to be disposed of properly. How you approach your enemies depends not only on your inventory and surroundings, but also the foe you’re facing as well.

If you must engage in fisticuffs, combat is initiated by using the square button, and somewhat disappointedly, only this button. Rather than combat being about precise inputs, it is more about contextual timing of your single button inputs. Pressing too early or too late could result in Joel being slammed into the ground. When you get into the rhythm of the combat some horrifying things can happen depending on context. It’s not impossible to witness Joel finish off his enemies by slamming them into a nearby pile of bricks, or driving a head into a wall until grey matter comes out. In other titles, this could be written off as an over-masculine power fantasy manifested in the form of a video game, but the immediacy and need to survive felt by Joel (and extension the player) is very real. It wasn’t uncommon for me to cringe and look away as Joel smashed in foes, because I felt as if I could feel his hesitancy and primal urge to survive at all costs. 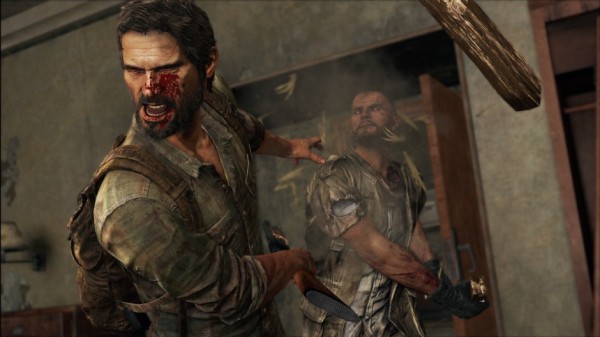 Locations run the end of the world gamut: you’ll visit a high school that hasn’t had a student in its halls for twenty years; a hotel that is falling in on itself; a workshop of a crazed bomb making redneck; and many other settings. Despite the already discussed clichés, it still feels unique and interesting; I found myself exploring abandoned rooms for supplies and small handwritten letters that Naughty Dog included to help flesh out the world just a little bit more. If you are expecting an Uncharted type of experience–lots of vertical climbing and puzzles–you may be slightly disappointed. You’ll interact with the environment a fair bit, but it’s fairly straightforward, such as finding an abandoned plank or ladder to cross an obvious obstacle to get to the next cutscene.

If you own a PlayStation 3 and enjoy action titles, you owe it to yourself to pick up The Last of Us. If this game is Naughty Dog’s swan song for the PlayStation 3, then they couldn’t have picked a better time. The PS4 is on the horizon and it’s rare for us to get such a masterful, quality triple A title during the summer months. This review may come off as a little vague, as to not spoil any major developments, but trust me when I write that the characters in The Last of Us and the relationship they form will be talked about for years to come. Despite its use of genre clichés and predictable story turns, Joel and Ellie’s journey teaches us that it is the human connection in life that is worth the most.

Editors Note: We reviewed the game using a pre-release copy of The Last of Us and have omitted reviewing the multiplayer component. We will be touching on this mode once the game has shipped and is in your hands!