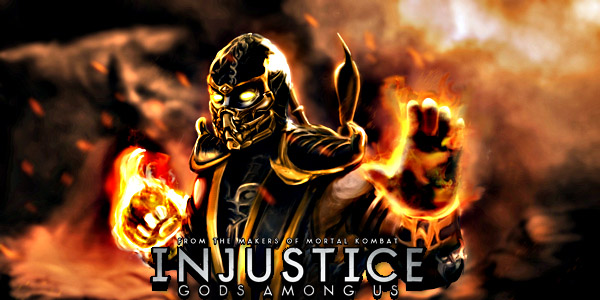 The worlds of Mortal Kombat and DC Comics collide yet again, this time in the form of DLC for Injustice: Gods Among Us. Nether Realm Studios includes a fan favorite from their flagship fighting franchise in their latest creation, Scorpion the yellow clad undead ninja joins in on all of the action.

Scorpion will be available for the Xbox 360 and PlayStation 3 versions of Injustice starting on June 11th, he will be priced at a very reasonable $4.99.

Previously released extra characters for Injustice have included Lobo and Batgirl. We’ve got a trailer for Scorpion after the jump.