E3 is just a little over a week away and supposedly the good ship Microsoft is already starting to spring leaks, if an image circulated widely on internet video game messages is to be believed. Could some of their big E3 surprises be ruined by some sort of internal leak? Read on to found a partial list of games that may be revealed at Microsoft’s big press event.

An image, originally posted on The Escapist forums claims to give us a glimpse into the line up of exclusives for the Xbox One. Joining the already announced Quantum Break and Forza Motorsport 5 are:

We don’t have any answers, we’ll all have to wait until Microsoft’s press conference on June 10th. Stay tuned!

Edit: We forgot to mention during the Xbox One reveal from a few weeks ago, Microsoft announced that at least 15 exclusive games would be available within the first 12 months of the console’s release. It is our speculative opinion, that Fable IV and Halo: Spartan Assault are two such titles, as the IPs from both franchises are owned by MS. 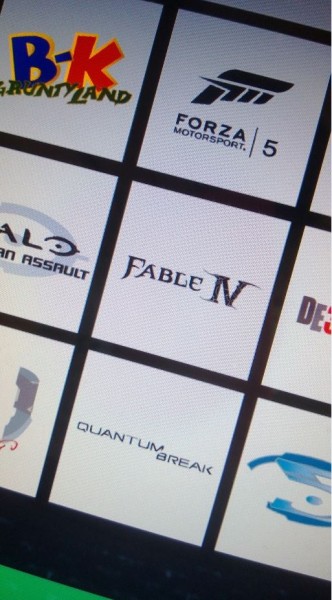