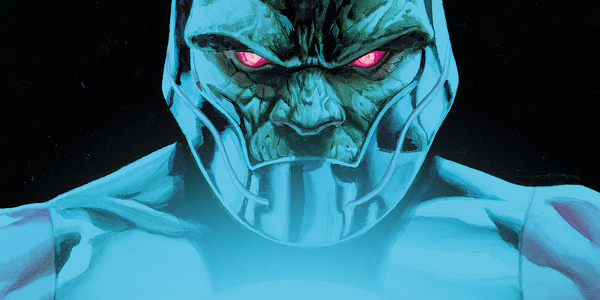 Injustice: Gods Among Us has been out for a week, and for some, it may be too soon to start discussing downloadable content. Well, not for Ed Boon, the creative director at NetherRealm Studios, developer of Injustice. Ed has confirmed that Lobo, everyone’s favorite alien bounty hunter, will be the first character available to purchase. In addition to Lobo, three additional characters are planned, and the internet is full of speculation as to which characters will be revealed. The staff here at Broken Joysticks has cast their votes, and here are our top picks. 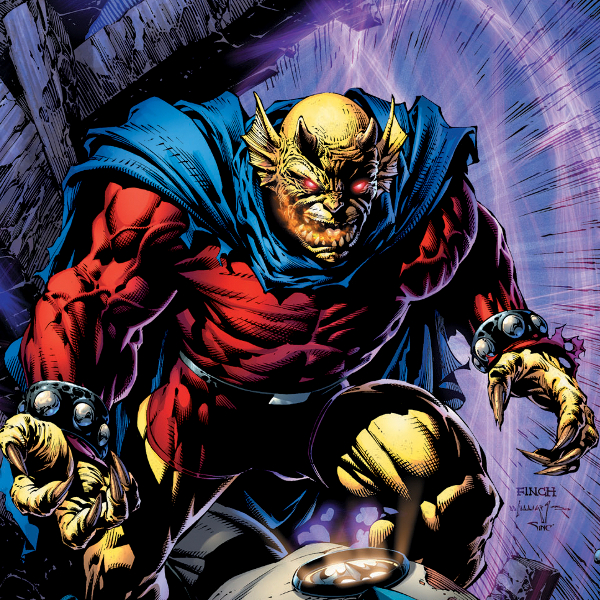 Injustice may already have a lot of characters that find themselves in Gotham, but Etrigan, a demon bound to the human Jason Blood, is featured in Demon Knights, a title recently launched with DC’s New 52 line-up. Violent, and, like a proper demon, having a penchant for rhymes, his various powers, ranging from brutal attacks with his claws to demonic magic, would be a lot of fun to use. And I may not be the biggest fan of the clash feature in Injustice, but Etrigan would most certainly have some great lines. 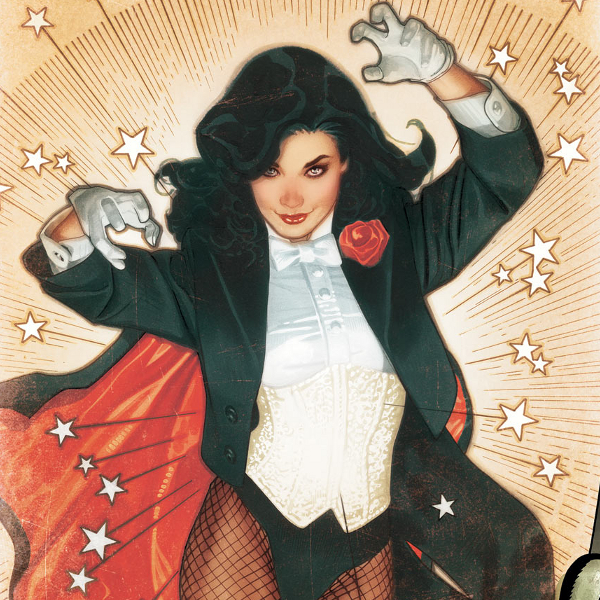 Featured prominently in DC’s New 52 series Justice League Dark, Zatanna has a rich history in the DC universe, with her father, Zatara, being introduced back in 1938. She hasn’t been around for that long, but she’s closing in on 50 years, and what better way to celebrate than an appearance in Injustice? Both a stage magician and a real magician, I can see her moves falling in line with the gadget characters. Let’s hope her costume is influenced by her classic look, rather than the New 52 version. 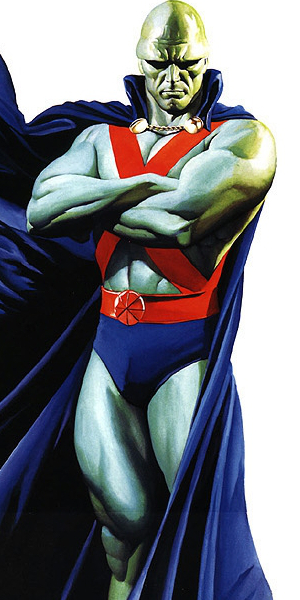 J’onn J’onzz, better known as Martian Manhunter, has found himself in Injustice, though currently he’s reduced to floating in the background on the Watchtower, observing the heroes and villains duke it out. He doesn’t even jump in when a fellow Justice League member is in need of assistance, though perhaps that’s because he’s a member of Stormwatch now. Regardless, he’s one of the more popular characters absent from the Injustice roster, and his wide array of powers–shape-shifting, telepathy, energy projection, and more–should lead to a great assortment of moves. 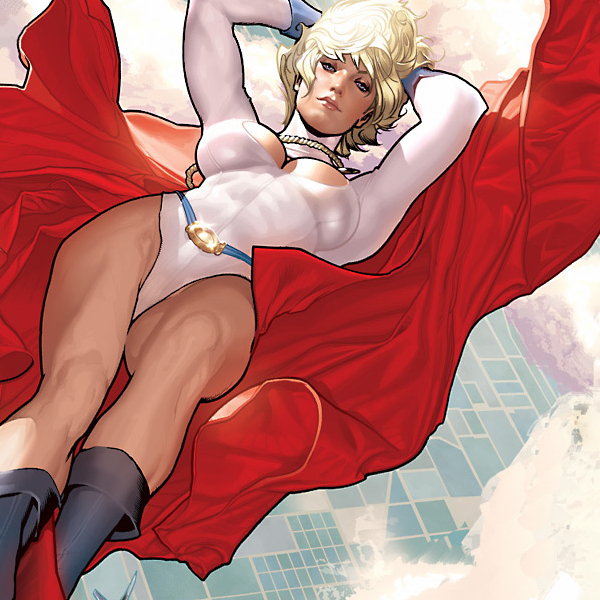 I’m not entirely sure when, but at some point, Power Girl assumed the role as the most popular female Kryptonian, leaving Supergirl wondering where she went wrong. The cynic in me can think of a couple reasons. Power Girl, who’s actually the Earth-Two counterpart of Supergirl (if you’re keeping track at home) has your classic Kryptonian powers, which shouldn’t be surprising, since she’s the cousin of Kal-L (Earth-Two’s Superman). As much as I’d like to see Power Girl insist that I maintain eye contact, my fear would be NetherRealm doesn’t do her character model justice. It’s a risk I’m willing to take. 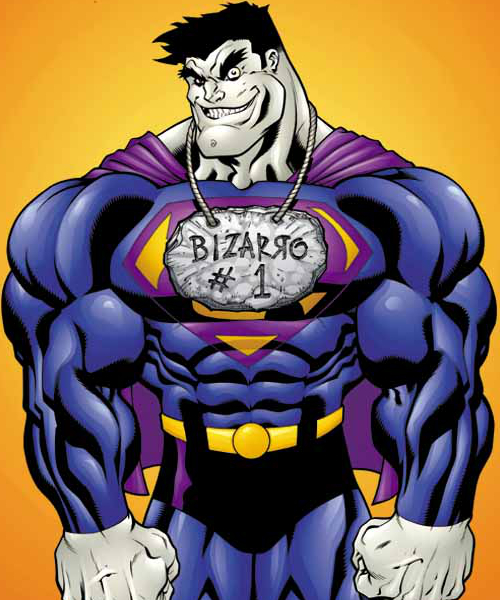 Me am no say no DLC Bizarro! Bizarro am waste of time! Me am want Batman DLC. Bizarro am no better Superman! Am no want DLC! No want all DLC be Bizarro! 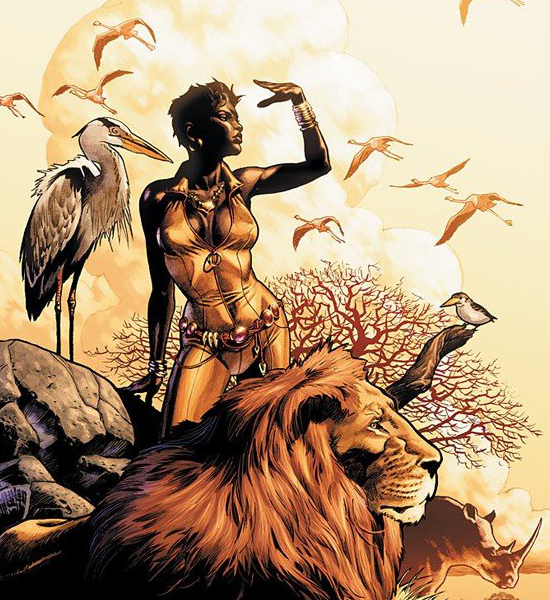 Vixen is capable of channeling the abilities of any animal, opening up a variety of potential moves that would be effective in Injustice. One of the founding members of Justice League International in the New 52, Vixen is now one of the new recruits for the Justice League, since JLI has been disbanded. She may not be terribly well-known, but considering how much potential her move list has, she should definitely be a new recruit for Injustice as well. 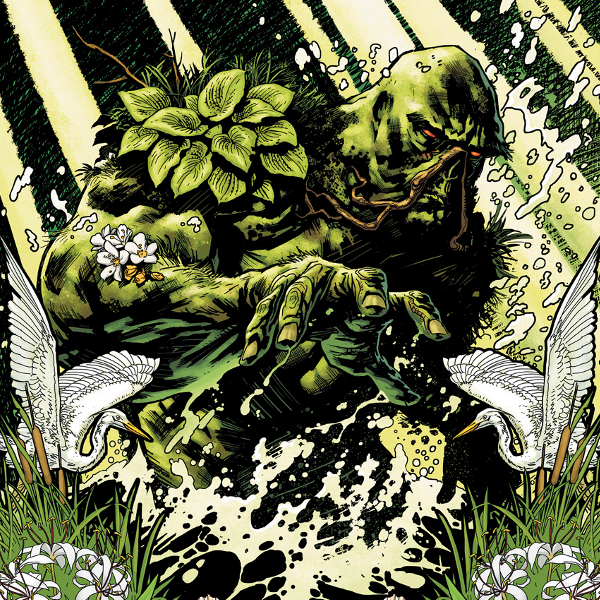 Swamp Thing, one of my favorite characters in comics, deserves more exposure from DC, and no, those movies from the 80s do not count. Previously sentient vegetable matter, Swamp Thing recently returned to its part man/part plant origins in the New 52, with Alec Holland returning as the earth guardian. Swamp Thing’s ability to inhabit and manipulate all plant life would make him an excellent addition to Injustice, and he’s definitely more awesome than Poison Ivy. And besides, Injustice could use a stage that’s a bit more organic, and the swamp would do quite nicely. 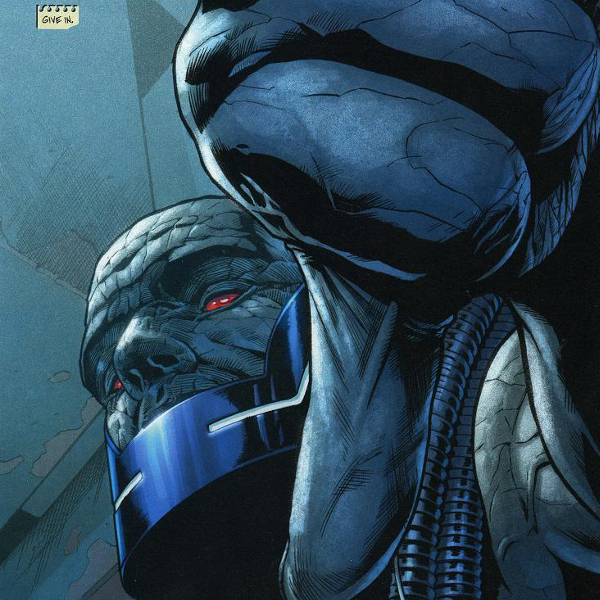 Who may be the most glaring omission from Injustice? Darkseid is. Along with Lex Luthor and Joker, Darkseid is one of the most well-known and prominent DC villains, and yet, he didn’t make the roster. He’s the only playable DC character from Mortal Kombat VS DC Universe that didn’t make the cut for Injustice, though he did find his way into the game for a stage transition. It doesn’t change the fact his absence as a playable character stinks. As much as I’d like to see him as DLC, I would be pleased if he’s the main villain in the next installment. NetherRealm Studios’ take on the Rock of Ages story? Yes please.

We’re already at eight characters, which, last time I checked, is more than the three that’s upcoming as DLC. Broken Joysticks would be happy with any of the characters listed above, and heck, some of the choices not listed as well, like Blue Beetle, Black Canary, The Spectre, and Booster Gold; I suppose the point I’m trying to make is there’s a lot of great characters in the DC universe NetherRealm could use, so let’s hope the rumor that Scorpion, from Mortal Kombat, isn’t one of them.