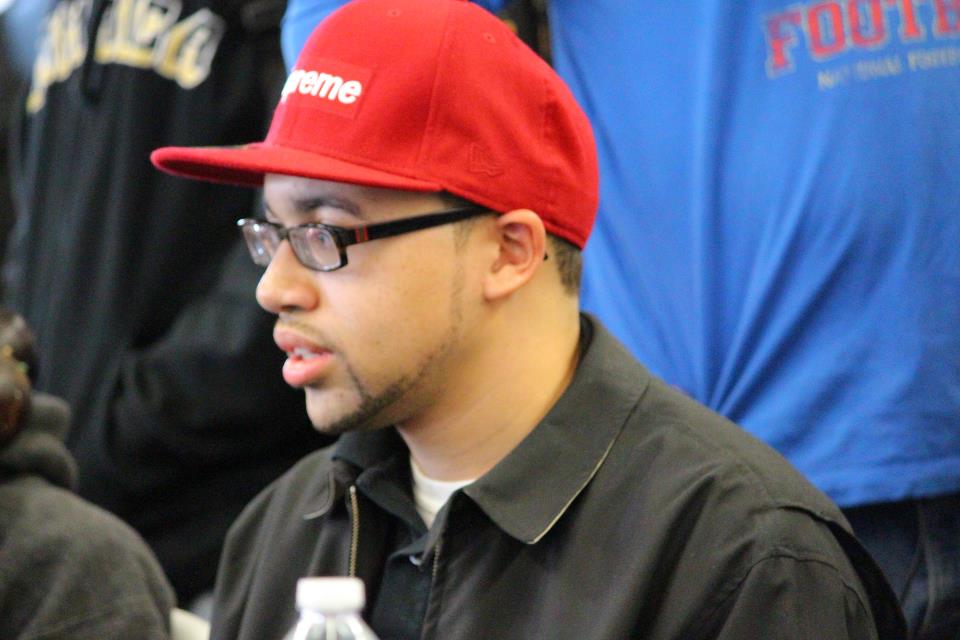 This weeks guest is a man who’s widely considered as one of the top Dee Jay players in the United States: Jamal Crews a.k.a. NC FREEJ4Y.

Kash: A fighter’s tag is like their identity. Some would rather use their real name and some nicknames; how did you decide what yours will be?

FREEJ4Y: Well when I first decided to join the scene just before Super came out, my friend (MannyO) was introducing me to FGC terms and he would always say free.  Then he eventually called deejay FREEJ4Y and it stuck.

Kash: So can we say you got your first taste of the FGC about 3 years ago now?

FREEJ4Y: Probably around 2009 late winter so that sounds about right.  Can’t believe its been that long already.  Feel like I’m just getting started.

Kash: Tell me a bit more about New Challengers.

FREEJ4Y: New Challengers is the Connecticut scene for ALL games.  It’s actually an LLC, but they kept things alive after the loss of project failure.  New Challengers streams weekly sessions and has a monthly tournament with its first big event in November which will be a regional or major depending on the numbers.  It’s all run by Walter ‘Bacardi’ Padilla a mod on SRK.

Kash: We did get into this in the beginning but which game(s) are you most known for playing and what character(s) do you use?

Kash: Me and Dee Jay have a long history going back since Super Street Fighter 2 on the Genesis, and one of my college professors was the man who created him. What made you pick Dee Jay above the rest of the roster in Street Fighter 4?

FREEJ4Y: Well I started off casually in Street Fighter 2 HD Remix with Guile because of TZW.  He had sick combos and made him look really fun.  So I tried guile had a lot of fun, but wanted to get better.  Google showed me to eventhubs where I read that deejay is like guile, but two more moves lol tried him and it was a perfect match.  Offense, Defense, and easy execution.  He wasn’t in Street Fighter 4 so I played Rog Rufus, but wasn’t very good with them although I did win a team tournament with my Rog LOL. Super Street Fighter 4 came out and about a month after I committed myself to play deejay full time and completely dropped all alts.

Kash: Do you think other people in the FGC like their characters because they like them or because they need to use them based on the current tiers and meta game?

FREEJ4Y: Well it’s a combination of both.  Some do it for the fun, while others do it for the money. I think the character loyalists/specialists are the ones who truly love their character.  Winning is important for some players to keep their sponsorships or to keep themselves fed so they pick the best characters, but coincidentally most of those players are some of the best players anyway.

FREEJ4Y: No and we’re not even close. I try to stay away from FGC politics and the whole eSports conversation, but the community has to change to reach that level. But eSports didn’t become eSports overnight either. Only time will tell.

FREEJ4Y: Well it depends on the area.  The Connecticut scene is really small and personal.  So we welcome everybody with open arms.  I know almost every player on a first name basis and do things with them outside of playing video games.  A bigger scene is more difficult to enter the community.  Some people are just not so inviting and clique’ish.  If I wasn’t a good player idk how I would have been treated by the locals in NY. Case and point different players will have different experiences.

FREEJ4Y: It was really bad at first, but then it got a little better. I still get nervous. Find a video of me during Winter Brawl to see how nervous I can get.

FREEJ4Y: Recently been playing the Mass Effect Trilogy and I play FPS here and there.  Been focusing on fighters for this next tournament.

Kash: What is your current system of choice and which system do you see yourself using for the
next generation?

FREEJ4Y: Right now I’m only on Xbox.  If the “always on” function of the next generation Microsoft console remains then I refuse to buy the console and I’ll be team PS4.  I’m a Sony/Nintendo fanboy, but last gen didn’t do it for me.

FREEJ4Y: Well I see a lot of love for it in my scene, but some ppl are complaining about the environments. I feel like if its a part of the game then you should be able to use it. It reminds me of gem hate in xT. I do want to pick it up, but haven’t taken the time to purchase it. I want to play it. Finally a GOOD game where I can play my favorite DC heroes. I really want to play Batman, but I’m sure there are plenty of Batman players so I’ll try a less common character. 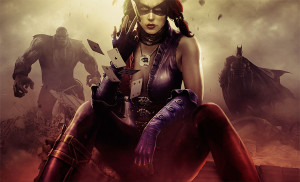 Kash: Do you feel that with how the FGC treats new ideas with fighters that the future of the genre will never evolve from where it stands now?

FREEJ4Y: Sometimes I believe that. The problem is too many ppl validate their opinions based on top players or important figures in the FGC. With the way things are now, the community is giving much room for innovation or change. They want old games that they don’t even end up purchasing: Darkstalkers Resurrection and Street Fighter 3: 3rd Strike Online.

Kash: If you could grab any character from one game and put them in any other game, who would you
pick, where would you place them, and why?

FREEJ4Y: Deejay in SFxT simply because the jump ins are crazy and he would force an honest match similar to his SF4 self. If Deejay was in SFxT he would be second to Chun-Li only if his buttons were still bad.

Kash: In this segment, I’m going to name two different characters, series, etc., and just tell me
which one you’d pick over the other one.

Kash: Before a final fight to save the galaxy, your gunnery chief Ashley Williams and second in command Miranda Lawson approach you about their personal feelings. Both demand you pick one now, to have a clearer head going into the mission you pick… 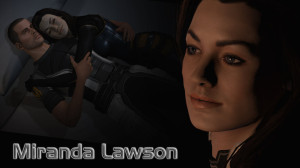 Kash: Both Sonic and Mario have been around since the 3rd/4th console generations. As we’re currently between the 7th and 8th generations, who will have to retire first?

FREEJ4Y: Sonic. Series has been off since Sonic Adventure series. 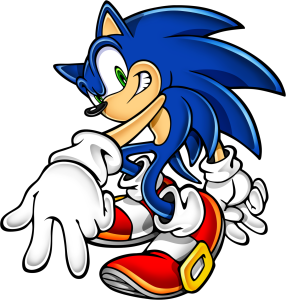 Kash: You’re hired to help assist Capcom with the creation of Street Fighter 5. They are at a standstill of bringing back classic characters or creating an entire new generation. As the tie breaker, what will you decide?

Kash: The main Mass Effect Trilogy is over. Bioware has stated they are working on a new title but are debating whether or not it should be a prequel or sequel. What would you prefer?

FREEJ4Y: Tough one, but sequel.

Kash: If you had the power to bring back either Def Jam Fight for NY or Killer Instinct to this current generation, which one would you pick? 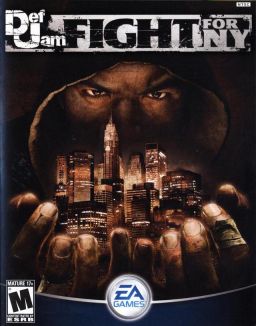 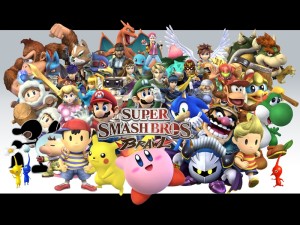 FREEJ4Y: New Challengers tournament this Saturday.  Winner of AE gets a ticket to Evo.  There will also be Persona 4: Arena, Injustice: Gods Among Us, Ultimate Marvel vs Capcom 3, Street Fighter x Tekken, and Mortal Kombat 9. Trying to attend more majors, but I am saving money.

FREEJ4Y: I do have my own stream, but it’s pretty low quality.  When I get a desktop, I’ll be streaming more.  I also sometimes play casually on twitch.tv/newchallengers and the occasional PandaxGaming Lobby play ;D.

Kash: Any last words for the Broken Joysticks reader as well as any way for them to contact you
with any questions they might have?

FREEJ4Y: Go out to events, even if you don’t think you can win.  Majors are a lot of fun.  I know ppl who went 0-2 and still have a great time.  Check for your local scenes on Facebook, SRK, and eventhubs.  Check out Panda’s AE stream (twitch.tv/pandaxgaming).  You can contact me on Facebook, twitter/twitch/instagram are all FREEJ4Y.  You can also check my videos at http://www.youtube.com/user/dwEEb813. Contact me anytime and about anything 😀 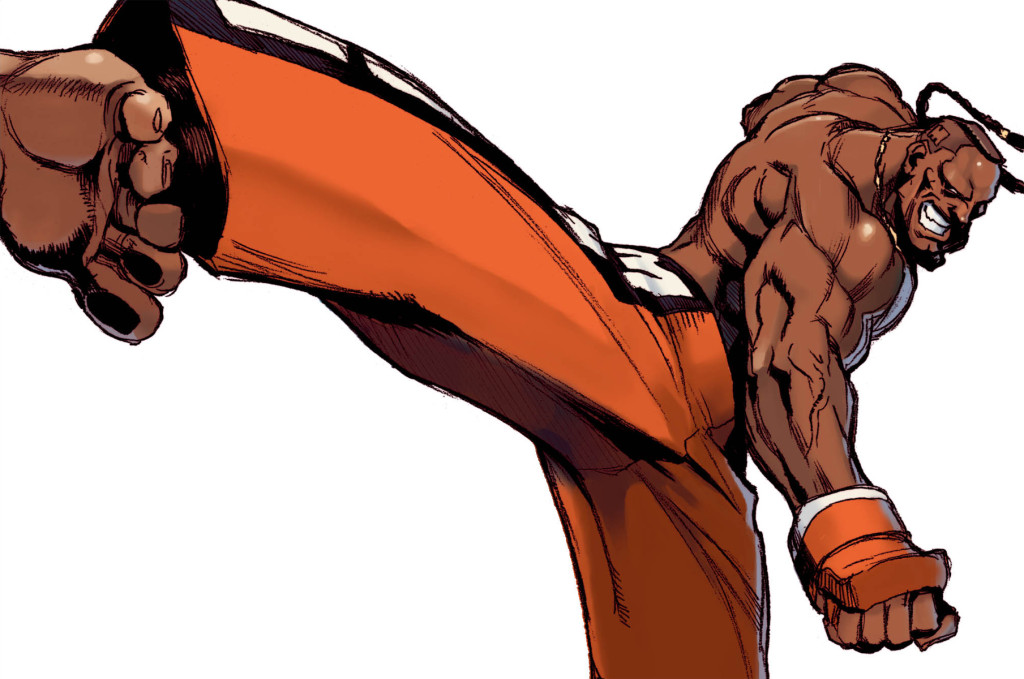