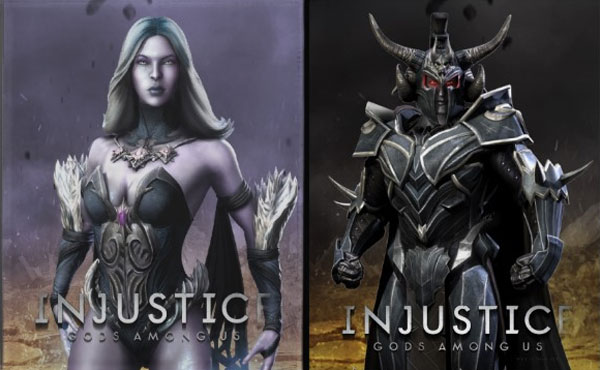 NetherRealm studios has officially revealed Killer Frost and Ares for Injustice: Gods Among Us. While it’s been common knowledge at this point that the two characters were in the game, a trailer now showcases both characters in action. Killer Frost seems to play a bit of a homage to Mortal Kombat veterans Sub-Zero and Frost with an array of ice based attacks such as a slide known to both ninjas and ice shard projectiles. Her hero ability when activated, has each alternate strike she performs to freeze the opponent in place, opening many combo opportunities. Ares on the other hand, seems to have multiple tools such as teleportation, invisibility as well as a giant ax and sword which has multiple uses such as for projectiles, combo extensions and in one situation you can see him drop the ax to then drop Killer Frost on top. Both character’s cinematics are pretty violent for a T rated game but this is beeing made by the fathers of Mortal Kombat. Both characters are showcased on the trailer below. Injustice: Gods Among us will be released in six days! (April 16th) on all 3 major platforms.