The fighting game community (FGC) has grown from holding local events at smaller venues to occupying ballrooms at four-star establishments with talent from all across the globe attending. Major sponsors such as Capcom, Namco Bandai, and others are responsible for the development of some of the world’s most famous franchises in gaming, and are showcased at a central tournament featuring the top fighting talent from across the world. With major prize pools, fighting games are now reaching a platform that can be compared to traditional eSports.

Every week, I’ll be posting interviews I’ve had the pleasure of conducting with members of the fighting game community. The interviews will touch upon their history in the FGC, where they got their start, and what they’d like to see from video games in general.

This weeks guest is a man I admire and look up to currently in the FGC: Brian Garcia a.k.a. MH | AlukardNY.

Kash: While I contain my inner fanboy, would you please introduce yourself to the Broken Joystick readers.
Alukard: My name is Brian Garcia. I’m 27 years old and I’m a professional gamer. I’m also a tournament organizer, I’ve been hosting tournaments for as long as seven years.
Kash: Could you tell us where you got the idea for the name of your tag, as well as who MH is and why you chose to be sponsored by them?
Alukard: So my tag Alukard came from my favorite game,  Castlevania: Symphony of the Night. I spell it with a “k” because when I went to make an AIM screenname it was taken … Yes AOL instant messanger… Did I mention im 27 haha ;). Now as for Maximum Hype, we are a gaming/entertainment company that is only shy of a year old. We are currently heavily involved with the FGC. We are about providing entertainment to the people through our streams and out tournament gameplay. We plan to provide them more and more with tons of amazing material to come! As much as I want to tell you all the big things we have planned for the fans you guys will just have to follow and be as patient as I must be! LOL 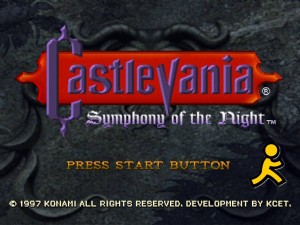 Kash: Where would you say you got your start in the FGC?
Alukard: Well my first encounter with the FGC was through Empire Arcadia. Yes, I was once EMP Alukard. Now I actually can’t remember the exact date but I think I was about 15-17 years old and I was really into comics (still am) also Super Smash Brothers Melee was pretty new as well as Marvel vs Capcom 2 so I would play both of those a lot and went to a tournament in Harlem at a game express ran by none other than triforce himself … that was also the first time I met Justin Wong and Sanford Kelly! I got demolished in Marvel! Haha and got like top eight in Melee lol
Kash: Which game are you most known for playing and what character(s) do you use?
Alukard: I’m pretty popular in the Smash community, but I guess it’s safe to say the FGC is bigger. I’m also more known there for Marvel vs Capcom 3 and as the best if not one of the best Iron Man players.
Kash: Why do you use Iron Man and who do you use in Smash Brothers and why?
Alukard: I picked up Iron Man because of his special and super moves as well as his awesome level 3 super move. I also love him in the comics. As for Smash Brothers, I use Sheik and Marth. I love to “gimp” (term used to describe kills at low %) people in the game and I’m extremely good at doing it and those two characters are known to do it.
Kash: There’s always been this debate on Super Smash Brothers‘ status as a fighter. Some would classify it more as a party game. Do you consider Super Smash Brothers a fighter or not?
Alukard: Super Smash Brothers is most definitely a fighter. It has all the options a fighter has, the modes, etc. The Smash community may not be the same size as the FGC (roughly made 1/4 of the FGC) but we still kick ass.

Kash: The FGC has been slowly evolving from something small to big as time continues to move. Do you feel the FGC is at the same level as eSports?
Alukard: I feel the FGC is moving in small steps thanks to all the TOs (tournament organizers) and most of the top/sponsored players. Sadly, the real big games out there like League of Legends and Starcraft are meeting ridiculous amounts of viewers per event. I do feel we can reach those numbers as well but we need to keep advertising more and more!
Kash: How difficult do you think it is for a new person to enter the community and feel welcomed?
Alukard: Well it’s relatively easy as long as you are a humble and nice person and you’re there to learn you will be fine. My main place of training is at my friend Johnathan Farley’s aka bum163 apt. which is known as “The House of Crack” named that because of the countless hours we spend playing the game in succession. Bum has started to have these open sessions outside our group of friends to train new players who don’t have people to play with that are serious about competing. He even started a tournament series for them as well named “City of Mayhem”

Kash: How nervous do you get during a tournament match?
Alukard: I used to get really nervous back when I was playing Halo 2 competitively. I actually do not get nervous at all in tournaments. I don’t remember the last time I was like Oh my god, I’m so nervous. I actually get really pumped and overly excited LOL! So my hands shake a bit because of it which becomes a bit troublesome. I guess since I’ve been playing in all kinds of tournaments since I was about 14 I guess I’ve just gotten used to the crowd. To be honest, I play A LOT better on a stage. I have here a  first to five set between me and a good friend of mine MarlinPie.

[youtube id=”hN8d69LvS1Y” width=”600″ height=”350″]
Kash: Other than fighting games, what other styles of games do you play?
Alukard: I really enjoy playing puzzle/strategy-kinda RPGs like Advance Wars or Final Fantasy Tactics. I also just created a Halo 4 team… so yes, MH will be at some Halo tournaments near you soon!
Kash: What is your current system of choice and which system do you see yourself using for the next generation?
Alukard: Well I grew up on Nintendo but since I turned into a super competitive person, I was disappointed with the Wii. Although I’m a huge Xbox fanboy now I will always have a place in my heart for Nintendo. By the way,  the 3DS is RIDICULOUS! As for the next console of choice I’ll probably go with the next Xbox, whatever it’s going to be called.
Kash: I know you’re a big fan of comics. Have you tried Playdom’s Marvel: Avengers Alliance free to play game on either facebook or their main website?
Alukard: Actually no I haven’t played that. I’m really looking forward to the Marvel Heroes MMO game coming soon.
Kash: How excited are you with the announcement of a 6th generation of Pokémon?
Alukard: OMFG YES!!! How could you not especially after watching that reveal trailer? Crazy nostalgia trip every time the new professor of each town asks me which one will I choose to start with, so yea bigtime haha.
Kash: Considering during our youth there was only 151 Pokémon, do you think the series has been around for way too long at this point?
Alukard: NO WAY!  Keep them coming!! I hope they keep going and hopefully not run out of interesting and great ideas!
Kash: Who are you starting off with on this journey? Hopefully Froakie.
Alukard: Yeah Froakie, I love the water Pokémon starters always have. 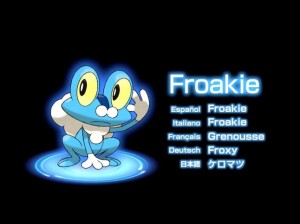 Kash: If you could grab any character from one game and put them in any other game, who would you pick, where would you place them and why?
Alukard: Oh my god lol so many choices. The Summers family (Cyclops & Cable), Venom, Rogue and Daredevil to be put into Ultimate Marvel vs Capcom 3. Oh and patch the game just a bit Capcom!!! This was so hard and this is a list without freaking Megaman X.
Kash: In this segment, I’m going to name two different characters, series, etc., and just tell me which one you’d pick over the other one.
Alukard: Oh man I know you’re going to do something already haha.
Kash: Iron Man, the game based on the movie, or Superman 64? 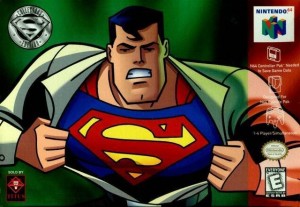 Alukard: LMAO! Both are pretty horrible but I think Superman 64 is like the worst game of all time so I’m going to have to go with Iron Man here.
Kash: Prototype or Infamous?
Alukard: I sadly have not played either of those games =[.
Kash: Let’s make it easier: Dark Powers or Electric?
Alukard: Dark.
Kash: Prototype it is.
Alukard: lol.
Kash: Mass Effect Trilogy or Fable Trilogy?
Alukard: I haven’t played either of those either haha. But I know about both of them, so if I were to go buy either one, I would have to say Mass Effect.
Kash: Gears of War or Halo?
Alukard: Halo, no second guessing here.
Kash: Super Mario Bros 1 or Sonic the Hedgehog 1?
Alukard: Sonic because I wanted a Sega Genesis sooo badly. As much as I’m a Nintendo kid, I never enjoyed Mario as much as I did Sonic. 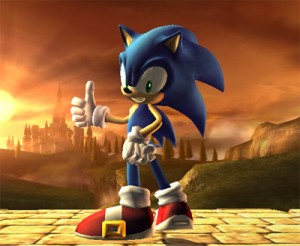 Kash: Devil May Cry‘s Trish or Bayonetta?
Alukard: Trish. Blonde and that attitude <3.
Kash: What’s your top three favorite games of all time?
Alukard: My top three of all time would have to be Castlevania: SOTN, Advanced Wars: Dual Strike and the Pokémon franchise.
Kash: Any upcoming tournaments that you’ll be attending?
Alukard: Well I am going to attend the battle circuit at next level this Wednesday. As for major tournaments, I actually am headed to Atlanta, GA for Final Round which is one of the biggest tournaments of the year! I’m so excited!! This Saturday, I’ll be hosting a tournament called Superior Tech. You can find information on it here and here.
Kash: With stream sites like Twitch becoming the easiest gateway for people to view the community and players in action, is there any particular stream were people may see you play outside of a tournament setting?
Alukard:  Yes, I’m currently in the midst of getting a computer. I’m actually trying to save up for one, but with all these tournaments coming so often its really hard to. I will be streaming soon though. For now you can catch me at the HoC as I said earlier at twitch.tv/bum1six3 usually there once or twice a week.
Kash: Any last words for the Broken Joysticks reader as well as any way for them to contact you with any questions they might have?
Alukard:  If you guys are trying to be a competitive player the best thing I can tell you is be hungry and keep a state of mind that’s open to learning from mistakes or losses! I would like to thank you Kash and the staff at Broken Joysticks for this interview. Also huge shoutout to my MH family Rob, Flux @fluxedover, RayRay @rayray19wun, SmoothViper @MH_viper, and DJ Nintendo @DJ_Nintendo05 you can follow me at @alukardny on twitter and MH @MaximumHype. I AM IRON MAN! =] 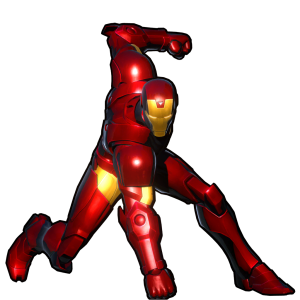