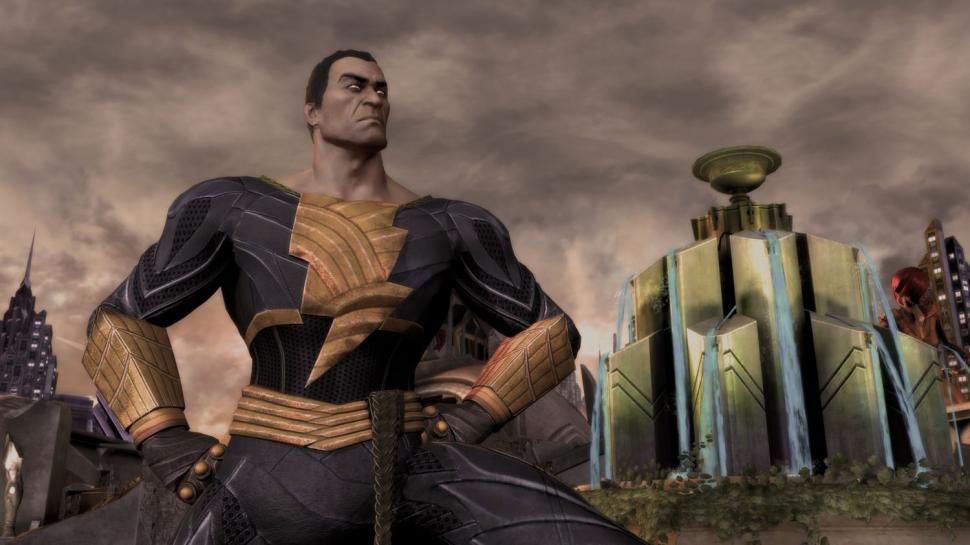 Last article I had wrote about the many different ways that Black Adam has been outed as a potential fighter. Toys, magazine references as well as showcased on the character select screen for the game. Today the official Injustice: Gods Among Us facebook page confirmed his inclusion as a playable fighter for the game. So far there’s no reference to how he’ll play except in one screenshot he is shooting lightning from his hands. He might potentially play like Shazam with minor tweaks here and there. Until we get more info, enjoy the screenshots of Black Adam below. 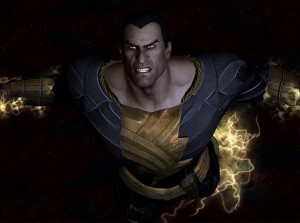 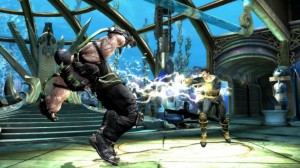 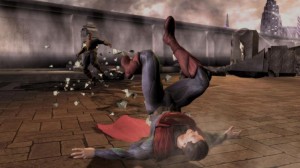