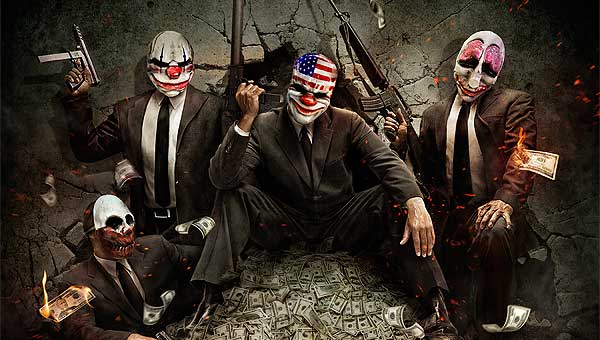 505 Games and Overkill Software have announced that a sequel to Payday: The Heist is on the way in form of Payday 2.  CVG got a chance to preview the game and had this to say about it:

“Payday 2 provides a unique spin on co-op first-person shooting, and we love the idea of becoming a career criminal with friends, working our way up from lowly convenience store stick-ups to mass-scale bank robberies.

“The first game was excellent, but with the guiding hand of Chronicles of Riddick developers Starbreeze, which recently purchased Overkill, this sequel could be even better.”