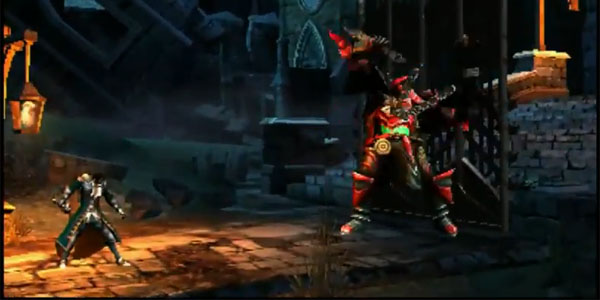 The Belmonts are back today in a side-scrolling adventure for the 3DS. I initially wasn’t aware this game was a platformer similar but different than its Metroidvania cousins. So lets delve in and explore why you should be interested in this game.

Lords of Shadow originally confused me. I’m a long time Castlevania fan, and the Metroidvania type games like Symphony of the Night and the many DS titles are what really drew me in. Not to forget the GBA games too, of course. But this new 3D take I was mixed on. The mix of ICO and Shadow of the Colossus gameplay was different, but the storyline was fun. This time it looks like the team has made a more traditional Castlevania game.

Mirrors of Fate is considered a 2.5D side-scroller, in that it takes place in a 3D world, but moves along a side-scrolling plane. The game lets you play as various Belmont characters, and one other. Using these characters, you’ll explore areas of the castle others can’t reach. From the looks of the previews, the lower screen maps your progress as before and you will be able to backtrack and adventure.

The game boasts 15 to 20 hours of gameplay and has lots of secrets to hopefully keep Metroidvania style fans happy. Big boss battles, lots of items to find, and occasional in-game cut scene moments are also included. It seems you’ll be collecting experience points to spend on new moves and combinations. Overall it looks promising! Here’s a look at the European release date trailer: