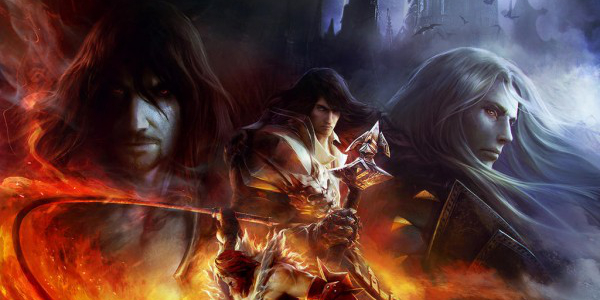 The most important thing to get out of the way is this game is a side-scroller based on the console Castlevania: Lords of Shadow game. This isn’t your usual Metroidvania, and while it has somewhat familiar mapping, it’s more linear. There are a million ways you can compare this title to Metroidvania titles (such as Symphony of the Night) however this game just isn’t one of them. So lets look at what Mirror of Fate is.

Mirror of Fate (Mof) is a spin-off of sorts telling the story between Lords of Shadow (LoS) and its upcoming sequel. It does an excellent job of sticking to its roots, focusing on dodging gameplay with two whip attacks: area and straightforward. The enemies you’ll encounter are strong foes like in LoS, and require several strikes to be taken down. You’ll also use sub-weapons and magical abilities to progress and survive throughout combat.

Exploration is pretty basic but there are times when you can wander a little. In general you’re following towards the red arrow or dot on your map to meet up with your next encounter to progress the story. I found the cutscenes that tell the story to be fun . They are either in-game sequences, or a detailed comic book style 3D scene. As you progress, you’ll find a bunch of scrolls, similar to LoS, that fill you in on bits of the story as well. You gain experience points from reading scrolls in MoF, and this is good, but it would be better if all the scrolls were substantial, like text logs in Dead Space for example. Some scrolls feel basic, but others detail events and bring the world to life. With the series continuing with scrolls, I’d like to see them contain important information to the lore so you’ll have more incentive to search for them. 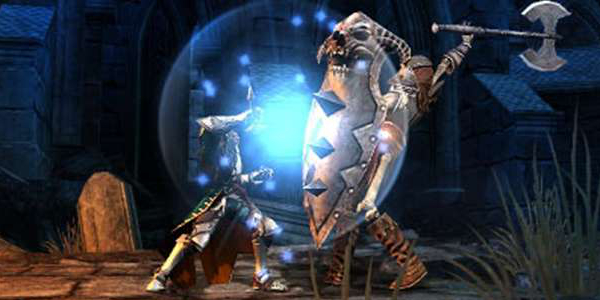 Your character does level up, but it’s moreso an unlocking ladder of skills. Each level or so unlocks a new ability instead of encouraging you to spend experience points to do so. This is probably a good thing since I found myself collecting tons of points in LoS without spending them between stages. Your level seems to carry over to the next character you’ll be playing as well. Health and magic meter upgrades are earned by opening chests that give you a small boost each time, not by level progression.

There are a few characters you’ll be playing as throughout this adventure, which is fun since you’ll even see a nod to your last character progressing in the castle when playing as your second main focus. It sets the stage that the events you’re experiencing in each act are happening at a similar time it seems.

The 3D in the game is definitely as beautiful as the visuals. I rarely use the 3D function on the 3DS but did find myself occasionally flipping it on to check out the environments of the castle. As usual, you’ll go through a variety of areas but unfortunately most seem relatively short. I don’t want to make any comparisons to other Castlevania titles, since again, this is its own take on the world. I would have enjoyed some of the more themed areas being bigger, however.

I can’t stress enough that this is a 2D platformer game set in the LoS universe. You’ll do a lot of leaping up ledges on walls, and across gaps from ledge to ledge. Enemies are combat situations that require time to defeat. Usually foes come in groups that require focus to defeat, while reinforcements hop into the fray around you. You block and dodge in combat while taking on your enemies because most enemies can do a lot of damage with just a couple hits. 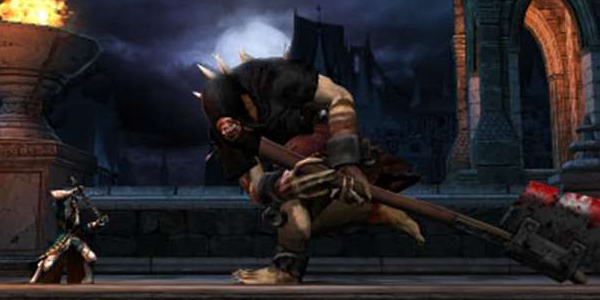 Boss battles are fun and have patterns for you to discover. Like LoS they also contain checkpoints so you don’t have to start at the beginning if you die while fighting them. This is true in general throughout the game. The controls take some getting used to, but once you master them and relate to their usefulness, MoF becomes much more accessible. Rolling confused me at first in boss battles. Seeing attacks I could obviously duck or slide under had me wanting to press down and jump or such to slide in most games. In LoS games, you use your dodge roll to duck; you’ll press L and the direction you want to roll to get under a low but not ground level attack.

There are quick-time events that pop up, including in boss battles. Thanks to the checkpoint system and the game’s animation, these sequences aren’t that bad. If you fail, you get to see your character taken out. At least in the one situation I recall failing in unintentionally. After you get used to them, they’re quite easy going. The best part about them is they appear on-screen in relation to their arrangement on the 3DS gamepad, so Y is always on the left. This helps to identify the buttons quickly after you get used to the placement.

I don’t know if it was just my copy, but the game unfortunately didn’t come with an instruction manual. That isn’t a big issue, especially since the whole first act works as a wonderful tutorial, I just like the booklets in general. Some additional out of game reading on the lore of LoS and in-game items would have been fun.

Wandering the castle does have its share of puzzles, objects to drag around, and upgrades to uncover. As you progress, you are able to place notes on your map to remind yourself of places to come back to. The first situation that this comes up is for rappel points that you can grapple up to. While it would look silly for the game to mark every point you can grapple, it would have been nice if it just auto marked areas like this with color coded question marks for the kind of item you need to get to the treasures offered. It’s fun in some games to edit your map, such as Etrian Odyssey, but here it felt like a distraction sometimes. Otherwise it does make sense and you could imagine your character wanting to jot down notes in his map while progressing. Usually I’m a big fan of being able to write personalized notes on maps in-game. I just don’t see there being specific wording I’d need for backtracking in MoF. Regardless, I did use this function to find my way back to treasures I had to pass up until I got the right gear, so it was useful for its intention. 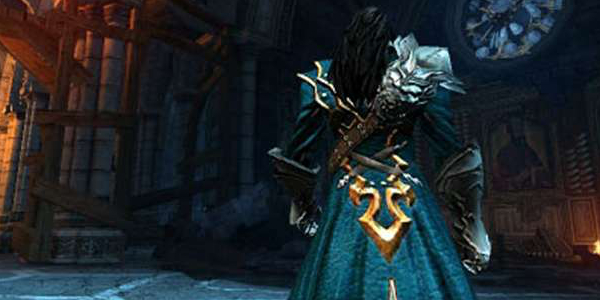 If you’re a LoS fan, you’ll probably get the most out of this game. Metroidvania fans will need to look critically at the various features MoF offers and consider if the game is right for them. This game is a castle crawler of its own merit based on the LoS exploration and combat systems. It stands alone as its own series in this sense and is not a usual Symphony of the Night style game. I know the pain of fans who want a SotN game are feeling, I share it too, but the important detail here is this game is something different based on LoS, and not SotN.

On its own, MoF has a lot to offer. A fun story with voice acted cutscenes, a good price, and spin-off adventure gameplay to LoS that focuses on exploring a dark castle. With this in mind, I’d recommend giving it a go. It’s not your usual Castlevania, and you’ll constantly be reminding yourself of the changes because it does feel familiar, but it’s moreso a unique take on the series through another storyteller’s concept.