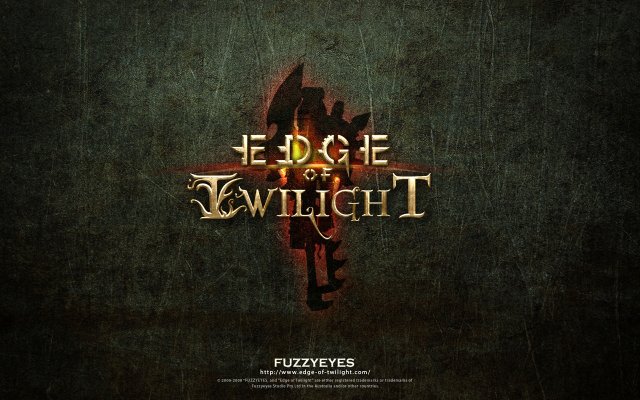 I don’t know if many of you have even heard of Edge Of Twilight, but I’ve been following this series of games for a long time – in fact since about 2009. Yeah, it’s been that long. Well the original game was canceled back in 2009 and the studio went under. Well, through a new partnership a reformed FUZZYEYES studio arose in 2011 and not only has promised to deliver us an Edge Of Twilight game, but several of them across various platforms.

For those unfamiliar with Edge Of Twilight, here is how the FUZZYEYES site describes it:

“The EDGE OF TWILIGHT series is a multiplatform, diverse-genre series of steampunk titles, all taking place in the same world, one in which night and day exist as separate realms. The series will not commit to a set genre, but instead focus on a set world, flushing out the characters, world, and story throughout the series. The first title, which is set for release in late 2012, will carry the name of the series itself, EDGE OF TWILIGHT, and will focus around Lex, a half-breed who can bridge the gap between the realms of darkness and light. This forthcoming title will be an action/adventure game with heavy focus on gameplay, story, and puzzles.”

Edge Of Twilight Athyr Above is one of those games and it will be coming to iOS on March 28, 2013. Here are some of the features in the iOS installment:

– The ability to switch between day and night to solve puzzles and defeat foes.

– An “accessible hardcore” combat system that’s easy to use but hard to master.

Personally, I can’t wait for the console edition of Edge Of Twilight to release but there have been few details on it thus far – but as soon as we get word of any information we’ll be sure to bring it to you!