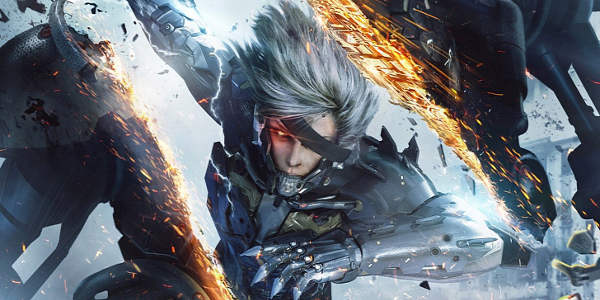 Fast is a good adjective to describe Raiden. Lightning-quick is another good one. Metal Gear Rising: Revengeance is a very fast and highly violent video game–very violent. It’s possible that one could become nauseous at the violence in this game. That’s on the surface of Metal Gear Rising: Revengeance. Deep within the core of Rising lies a very awesome and very challenging video game that will give you a deeper understanding of how Platinum Games and Kojima Productions have taken a project that was once almost dead and buried and turned it into one of the must have titles this year.

Metal Gear Rising: Revengeance is the game that stars Raiden, the protagonist from Metal Gear Solid 2: Sons of Liberty. Who, after the events of Metal Gear Solid 4: Guns of the Patriots, has settled down and found a job with the Private Military Company (PMC) Maverick Security. Raiden is hired to do many different tasks, but the job we find him on is to protect an African VIP who may be hunted down by the PMC Desperado. At the start of the game, we see Raiden who is still in his refitted human body, and things quickly turn disastrous when Desperado suddenly attacks. Raiden is able to do quick work of a humongous mech, but things for Raiden don’t turn out too well and his skeleton body is his reward. From that point onward we see Raiden become not only a massive killing machine, but also a person that still has a lot of darkness. He is still haunted by his past in the Liberian Civil War, and as he begins to cope with what he’s become, he finally breaks free of his doubt and becomes a worthy protagonist. He also gets more violent. 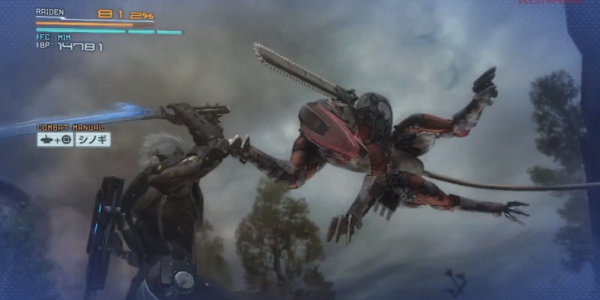 If you’re looking for many Metal Gear references in this game, you won’t find many. This is one of the games strongest points. There is mention of the Patriots, as you will see the world cope without the Patriot’s control. One of the coolest things is to hear the chatter with other characters in codec calls. People like Boris, who is Raiden’s boss. He has a quirky Russian accent, and he’s one of the biggest supports that Raiden has in his arsenal. Kevin, voiced by returning voice actor Phil La Marr, will have deep conversations with Raiden about technology. I felt Kevin was really the star support as the conversations with him are done really well and are very well dramatized. On the antagonist side is Desperado. Sam, one of the most skilled soldiers in Desperado, is basically Raiden on crack. Sam wields a very powerful sword that is ID locked.

Gameplay in Metal Gear Rising: Revengeance is fast and furious. Compared to Solid Snake, Raiden can move ten times his speed. Raiden can use a variety of weapons, most of which are unlocked through boss battles. One of the weapons is entirely made out hands . . . which is pretty creepy. There are heavy swords and sai to use as well. The controls are pretty simple. The player can use X and Y to attack with light and heavy attacks, respectively. Each weapon in the game has their own use for different enemies. Enemies include Geckos, mech-type wolves, and other huge, giant cyborgs.  And then there’s the parrying system. The parrying in Metal Gear Rising is pretty confusing to use at first glance and one of the game’s pitfalls. The trick is to press forward and X or Light Attack at the same time. This can be pretty brutal for a few reasons:

The timing of the parry will really mess with your head the first time you play the game. This especially holds true for harder enemies later in the game. 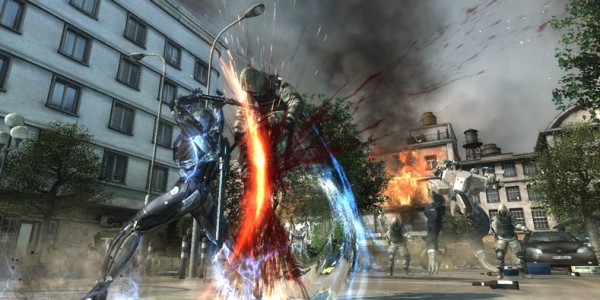 Blade Mode is another crazy feature. In Rising, when you do enough damage to an enemy, their limbs will be highlighted a bluish color. This means you can do some limb chopping. Pressing the Left Trigger will activate Blade Mode, and using the Right Analog Stick you can swing the sword. You can also use the face buttons to also swing the sword. I found this to be a bit lacking, especially since you have more control over your swing with the Right Analog Stick. At times you will need to use the Left Analog Stick in order to aim for the heart section which will produce a blue, glowing spinal cord which will heal Raiden and fill his Blade Mode meter. That’s right, the Blade mode isn’t an infinite hack and slash delight. You are limited to how much hacking and slashing you can do. I felt this made the game a bit more challenging, which is always a good thing. Blade Mode also at times has a wonky camera which may impede on your slashing. This is few and far between, but still noticeable. Speaking of that, the camera can really wig out when locked-on to enemies off-screen.

There is a silver lining . . . you can upgrade! Actually, you can pretty much upgrade Raiden completely: they’re different suits to wear; new types of weapons to weild; how much health Raiden has; and it’s all up to you. As you play the game and clear certain parts of a level, you will receive a grade and points. You can use these points to upgrade pretty much everything for Raiden. There are new moves, more health, and more fuel cells which power Raiden’s Blade Mode! There is an endless supply of things to upgrade on Raiden.

Raiden can also use sub weapons like RPGs and Stinger missile launchers. He has the ability to be stealthy as well with cardboard boxes and oil barrels. While there is a good amount of stealth parts in the game, I found it much easier to just clear the enemies of an area. This also means you get more BP in the process. 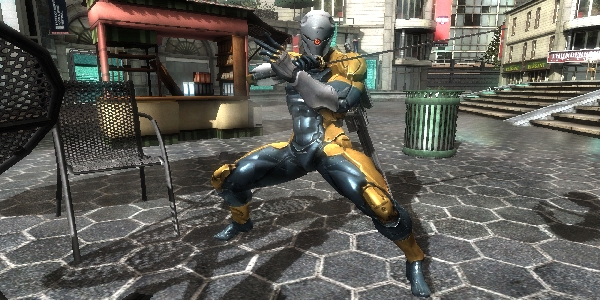 On the subject of difficulty, this is where I am pretty confused. At some parts of the game, it’s really tough. One boss battle in particular was insanely tough while others were just too easy. The last few bosses are also pretty cheap. If you like it harder, well, you’re in luck. There are three additional difficulties: Hard, Very Hard, and Revengeance. Revengeance is akin to The Boss difficulty in Metal Gear Solid 4: Guns of the Patriots.

Playing on different difficulty settings will make the entire story mode seem longer than it is because the story mode is short–very short. I was able to beat the story mode in less than five hours. However, there are a lot of reasons to keep playing, such as mastering everything Raiden can upgrade; obtaining the Gray Fox skins (Gamestop pre-orders only . . . for now!); and his sword (the sword is just ridiculous). You can also play VR Missions which you can obtain by finding computer terminals throughout each level.  So, even if the story seems short, there is a whole lot to do in the game and things to obtain.

Metal Gear Rising: Revengeance  is a surprise title by Kojima Productions and one that every hardcore Metal Gear fan has been waiting quite some time for. While the camera can sometimes get wonky, and the difficult spikes in weird places, the game is a hectic and brutal title from Platinum Games and Kojima Productions. If you’re an action fan, you’ll want to make this one a title to check out. If you’re a Metal Gear fan, be sure to pick this one up.