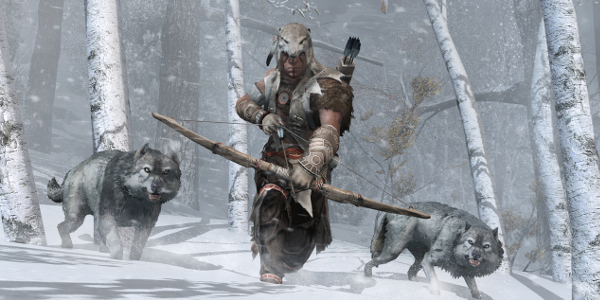 The all new single-player experience will let players discover an alternate history of the events following the American Revolution.

Episode 1: The Infamy will be available on Xbox 360 and Windows PCs on February 19th with the release on the PlayStation 3 a day later on February 20th, which was previously confirmed.

Episode 2: The Betrayal will be released on the Xbox 360 and Windows PCs on March 19th and on PlayStation 3 on March 20th.

Episode 3: The Redemption will be available on Xbox 360 and Windows PCs on April 23rd and on PlayStation 3 on April 24th.

In the first episode of the Tyranny of King Washington series, the hero awakens from an unsettling dream to find that, despite his efforts to deliver justice in the newly-founded United States of America, a new king has been crowned – George Washington. The Infamy will take gamers through the beginning of the journey to dethrone King Washington.

The three upcoming episodes of the Tyranny of King Washington are available through the Assassin’s Creed III Season Pass, which is available for purchase for 2400 Microsoft Points on Xbox LIVE or $29.99 on PSN and Windows PC. Each episode of The Tyranny of King Washington will be available for purchase separately as a single DLC pack for 800 Microsoft points or $9.99.

All Assassin’s Creed III downloadable content packs will also be available on the Wii U through the Nintendo eShop.