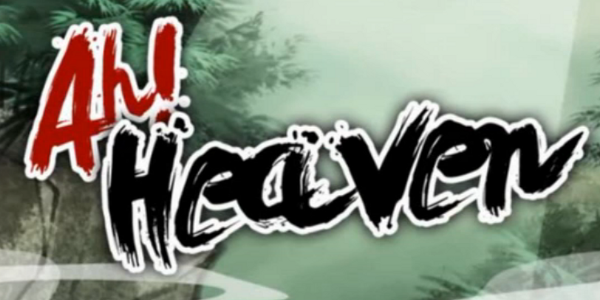 Another DSiWare title is set to arrive on North American shores within the next few weeks as the latest venture from Circle Entertainment has popped up on Nintendo.com. The game is a tower style climbing platformer and will arrive on Nintendo DSiWare on February 7th.

Ah! Heaven, is a platform game developed with an Eastern ink painting style. You play as a soul willing to ascend to heaven. The game’s story tells that “Though heaven’s gate is open, God will not take you there, you have to go by yourself.”

Of course it’s never as easy as just hopping on the platforms as there are moving platforms, obstacles and enemies abound as you climb. There are also what look like coins to collect on the way up.

Sort of reminds me of the original Metroid in a way. Why Nintendo doesn’t toss around some nifty short mini game adventures like this on their shops is beyond me. They did it with some of the Brain Training stuff way back in the early days. I would, as many would likely as well, gladly drop some coin for mini adventures on the DS.

Here are some of the features of Ah! Heaven:

– Unique Eastern ink painting style, depicting various regions from across the world.
– An exhilarating experience with simple controls.
– 24 challenging stages; can you beat them all in the fastest time possible?

The game will be available as a DSiWare title for 200 points and on the 3DS eShop Channel for $1.99 on February 7th.