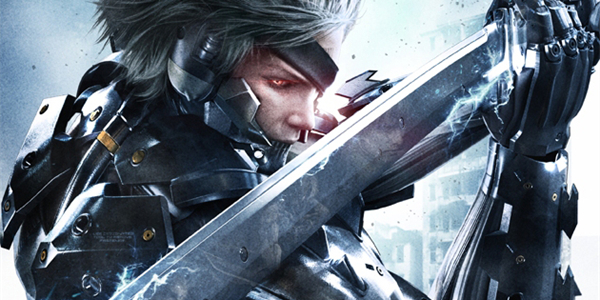 Is there anything more badass than a Cyborg Ninja? With augmented features like a steel exoskeleton, an array of sensors and lightning quick reflexes, they are one of the most adept, albeit fictional, combatants. I am happy to report that controlling Raiden in Metal Gear Rising: Revengeance  is as smooth as butter and feels absolutely fantastic. Oh? You played the demo and already knew this? Well, I got a chance to check out a near final build of the game this past week, and I’m fully prepared to share the experience of spending an hour in Raiden’s shoes, err, heels.

During my time at Konami’s Toronto office I got the chance to sit down with Metal Gear Rising: Revengeance (hereafter MGR) for an entire hour uninterrupted. What followed was 60 minutes of hack and slash action that is sure going to please long time Metal Gear Solid fans come MGR’s release next month. Some of the content in this build was identical to our previous previews, and the demo that was recently released on PlayStation Network and Xbox Live, but it’s the stuff afterward that really showed me that this game could shine just as bright as Raiden’s blade.

Stop me if you’ve heard this one before: Raiden, after the events of Metal Gear Solid 4, works with a Paramilitary Corporation (or PMC) tasked with eliminating or capturing individuals who pose an extreme risk to society. The introductory cutscene sets up the basic plot, which while self contained enough for newcomers, is surely going to ignite the fanbase once the game has been released and the entire plot is available online.

As the first chapter begins the game goes into a tutorial mode, teaching you how to dodge, land low or high attacks; essentially the basics of combat. If you’ve played the demo you know about the combat mechanics, and I’ll touch on those in more detail in a bit.

Raiden’s primary target has taken control of an oil refinery, and in order to stop him, Raiden must hack is way through cyborg soldiers who patrol the grounds leading up to the refinery. 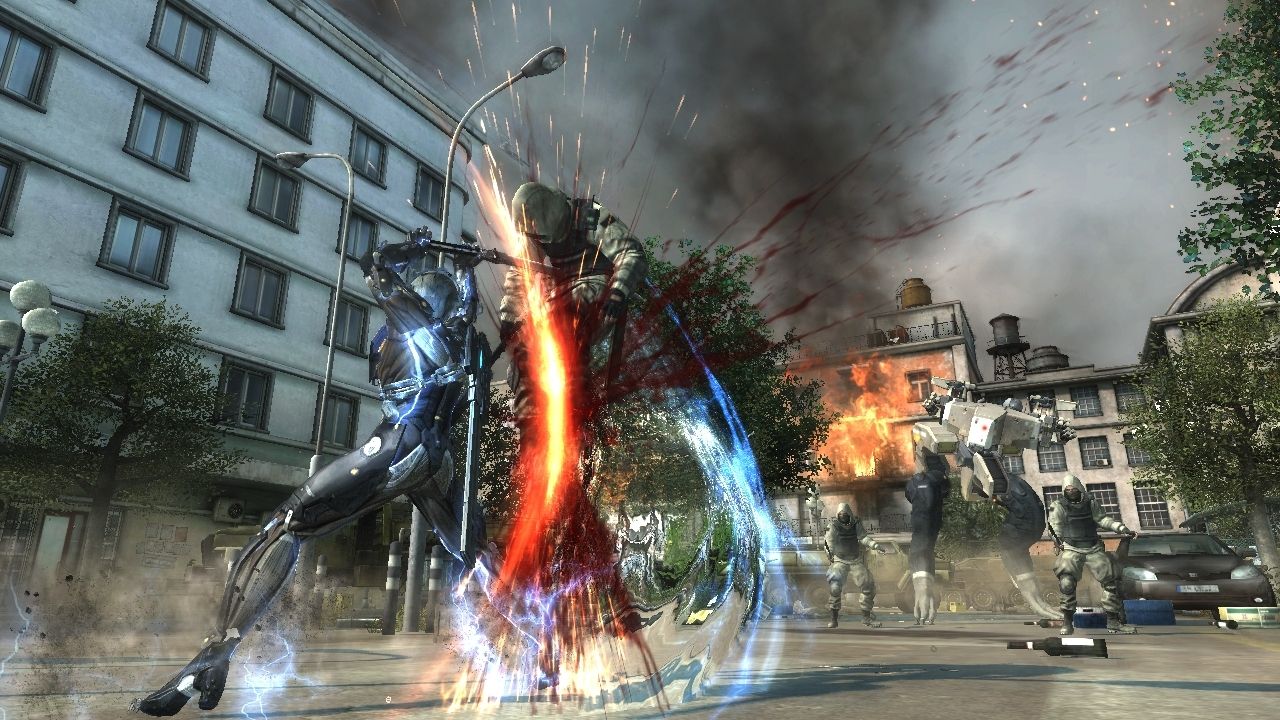 Once I had dealt with a few waves of enemies it was on to the “real” game, with no tutorial pop-ups intruding while I performed swift acts of slaughter.

Fighting through two or three sections of enemies between the beachhead and sub-boss is what gave me the impression that the combat mechanics Platinum Games have introduced into MGR flow like melted butter. Attacks are executed using either the triangle or square buttons, which allow Raiden to land devastating sword slashes or swipes using the blades on his feet. I was able to rack up combo chains upwards of 30 to 40 strikes, and once one target was eliminated, Raiden is able to speed run right to the next target with a handy auto lock-on feature.

The mid-level boss is a wolf-like robot controlled by an artificial intelligence that mocks Raiden by boasting about its superiority. This battle mostly taught the value of dodging and parrying attacks in order to reduce or eliminate potential damage. There were a few moments during the battle that really had me on edge; I wasn’t sure if I was going to make it, but luckily I prevailed.

After I recovered from my near defeat with the wolf-bot I found myself running across a bridge under fire from several helicopters! As the bridge began to crumble under Raiden’s feet, I was introduced to another new mechanic, the Ninja Run. By holding one of the shoulder buttons, Raiden is able to temporarily increase his running speed. This is useful during platforming sections, and to quickly reduce the distance between groups of enemies during action sequences. I’m pretty sure he could set a world record in the 100M dash with Ninja Run!

As I progressed through the city and into the refinery encampment several different roadblocks stood in Raiden’s path. Whether it is a set of barrels, a chainlink fence, or boarded up barricades, Raiden will be prompted to enter the slice mode in order to progress forward. This mode pulls the camera behind Raiden’s shoulder and allows you to use the right joystick to place accurate slices along an axis that will slice objects or enemies in the exact location where the blade was positioned. 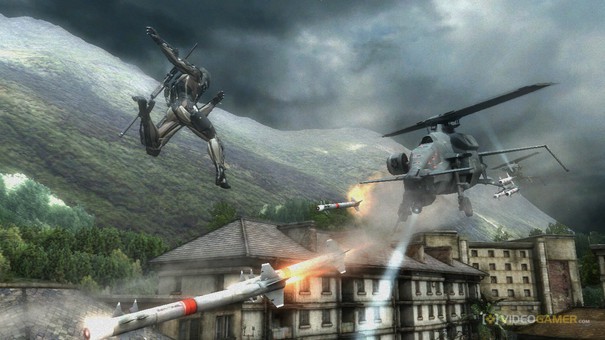 Entering the refinery proved to be a little more difficult than originally planned as the facility had biometric blast doors with steel so thick that Raiden couldn’t cut through it. What’s a cyborg ninja to do? Chop off a cyborg commander’s arm and use it on the biometric scanner, of course! It is very satisfying to pull off, however the pacing of introducing the mechanic was a little odd, considering previously the game’s combat had me frantically mashing buttons to pull off sweet combos and this required the precision of, well, a carefully placed blade.

After a few floors of slicing through cyborg goons inside the refinery I was introduced to the game’s first boss encounter, a French, former child soldier by the name of Mistral. By all appearances she is a woman of about the same age as Raiden, since she references the civil war she was forced to fight in took place during the 1990s, which is just after Raiden was drafted. Her military garb isn’t standard issue either–purple and dark pink camo adorn her fatigues, and a heavy iron, vest-like chest piece sat upon her shoulders.

In a nod to Metal Gear Solid 2’s Solidus Snake, her suit had attachable arms, given to her by smaller servant drones. While the arms on her back gave her extra mobility, the real surprise was when she detached them from her back to form a large polearm that extended her reach and did a lot of damage! She moved with grace as she twirled and flipped around Raiden; a bit faster, if not about the same speed, as he can. Adding to all of this insanity was an ever changing arena, as Raiden and Mistral exchanged words while hopping from exploding oil pipes and collapsing platforms.

With Mistral taken care of, Raiden quickly turns his attention to his original target, as the refinery starts to fall apart. It turns out the bastard has rigged the place to explode and he decides to take the entire structure down while still inside. Sure, Raiden failed his original objective of stopping this guy before he could do some massive damage, but it leads to an explosive finale, no pun intended.

At the end of our one hour demonstration we were treated to a glimpse of the upgrade shop that appears between chapters. Here you can purchase new components for Raiden’s cyborg body that’ll increase his reaction time, health, and provide a series of new combos. What I really liked about this, and perhaps the amount of credits I had earned was different than the final game, was the ability to purchase Mistral’s pole-arm from the last boss battle. I only played around with it for a few seconds, but it is pretty sweet, especially when performing its heavy attack.

I got a brief look at the game’s next chapter, titled “Files,” that tasks Raiden with finding and exposing a human trafficking ring rumored to be performing experiments on live human subjects. In order for him to gain access to their facility he must walk the city streets undetected–in a sombrero and poncho combo! It was one of the most unexpected and laugh out loud funny moments I have witnessed recently in gaming, and it was a perfect example of Platinum Games’ mastery of delivering a joke, as well as core combat and mechanics. I only played 60 minutes of Metal Gear Rising: Revengeance, but I sure as hell wanted to keep going. If you’ve been waiting for this one, I doubt you’ll be disappointed.

Metal Gear Rising: Revengeance will be released on the PlayStation 3 and Xbox 360 on Feb 19th!