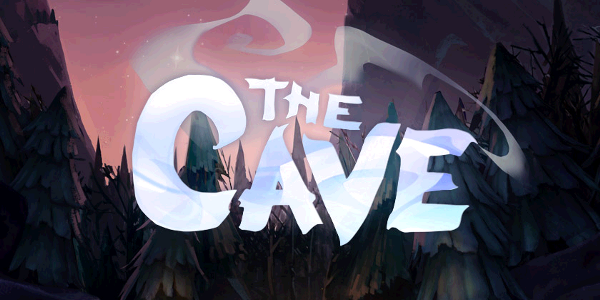 The Cave finally lands on the Wii U this week as the highly anticipated game is released. Plus the Wii U Virtual Console Trial Campaign, just announced yesterday, also makes its debut with Balloon Fight. A few more Wii U and 3DS titles, but nothing for the Nintendo Wii or the Nintendo DSi. That’s a shame. I really hope that there are more DSiWare titles in the pipeline.

The Cave is a new adventure game from Monkey Island and Maniac Mansion creator Ron Gilbert, and Double Fine Productions, the award-winning studio behind Psychonauts and Brütal Legend. Assemble your team of three from seven unlikely adventurers, each with their own unique personalities and stories, then descend into the mysterious depths to explore locations including a subterranean amusement park and a medieval castle, not to mention a fully armed and ready-to-launch nuclear tipped ICBM. The Cave awaits.

To help celebrate the 30th anniversary of the Famicom (which was known as the NES™ in the United States), Wii U™ owners can purchase one select Virtual Console title each month during the promotion at a 30-day special price of 30 cents. To kick off this celebration, Balloon Fight™ is now available for purchase in the Nintendo eShop on Wii U. You’ll need lightning-fast reactions to win this battle in the sky! Maneuvering an airborne character to pop your opponents’ balloons before they pop yours sounds easy, but don’t be fooled by this game’s simple premise or cute visuals. Underneath these elements you’ll find a surprisingly challenging game with strategy to spare. After mastering the easy-to-learn controls, you’ll still have to get a grip on the game’s impressively realistic physics as you to face ever-increasing enemies and environmental hazards like lightning and water. Take a break from the action and play the game’s second mode, Balloon Trip, to see how long you can stay aloft.

It’s Farming! but not as you know it… Grab your Wii U GamePad and create a beautiful farmland full of animals, crops, trees and more…then develop it into the craziest, most offbeat farm imaginable, overflowing with the whackiest contraptions and goofiest gizmos you and your animals have ever seen! Original retail release: Nov 18, 2012.

Brain Age™ is back with all-new devilishly tricky brain-training exercises designed to help retrain the modern mind. With all of the technological distractions of modern life, information overload and information addiction can make it difficult to stay focused. The Brain Age: Concentration Training game uses newly designed exercises that will test your short term memory access and help improve your concentration skills to combat these daily distractions. New Devilish Training exercises dynamically adjust their difficulty based on your real-time results, always pushing to help improve your ability, alongside additional new and classic puzzles. Discover the next level of brain-training—only for Nintendo 3DS.

Cocoto renews an arcade game classic! The devilish Cocoto is back in an incredibly addictive game, brilliantly renewing the great brick breaker classic! Travel through the 5 planets of Cocoto’s universe to protect them from alien fire by firing back their projectiles with your magic shield. Progress through the game confronting waves of more and more enemies with increasingly amusing weapons, and unlock new powers for your shield.

As the commander of the Ghosts, your mission is to stop the Russian ultranationalist Yuri Treskayev from coming to power. From the hot deserts of Kazakhstan to the towns and villages of Ukraine and the frozen lands of Siberia, you must discover and disable the secret Soviet-era “Dead Hand” bases which Treskayev is using to build an army of drones to seize power. You will have access to full resources to build, train, and equip your team, using increasingly high -tech weapons and armor. Original retail release: Mar 27, 2011.

In this action-packed sequel to the popular Contra, players have little time to think. Experience run-and-gun gameplay at its best as you take control of Mad Dog or Scorpion and once again battle the forces of Red Falcon. Stages feature a combination of perspectives (side scrolling, top down, etc.) and intense battles against huge bosses. Use a variety of powerful weapons and tap into your killer instinct to survive the deadly waves of enemies. Because if your trigger finger lacks stamina, then Earth will lack a future!