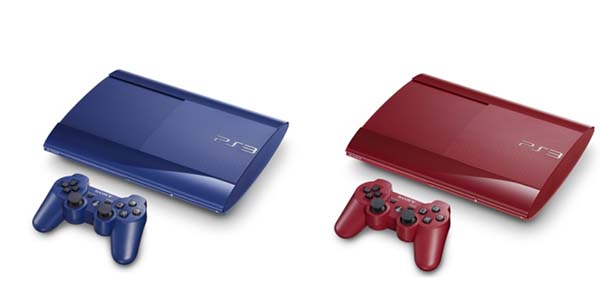 Two new colors of PlayStation 3 have been announced by Sony Japan. Called Amazon Blue & Garnet Red, these shiny reflective Super Slim PS3s are sure to be a hit with the Japanese market as well as collectors, who will likely import them for a lot more than the 24,900 ($279 USD) suggested asking price.

Garnet Red & Amazon Blue join  Classic White as new colors announced for Sony’s current generation machine. The Classic White Bundle is available for $299 in Canada with a year of PS+ bundled in the box.

Perhaps if you’re a patriotic American and you’re feeling left out because these new colors are exclusive to other countries, perhaps you could buy all three to show your support for the red, white & blue?