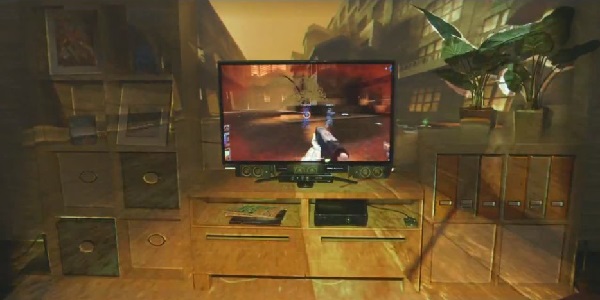 Combining Kinect and a projector, IllumiRoom will illuminate the area around your television with digital projections of the scenery within the game. Cool right? Microsoft states that IllumiRoom will “change the appearance of the room, induce apparent motion, extend the field of view, and enable entirely new game experiences.”

Here is a live demonstration of IllumiRoom…meaning that there is not any tampering to make this look cooler that what it actually is.

All of this technology will presumably on the next Xbox system that will more than likely be revealed either at E3 2013 or a month-two months before.

What games could really use this technology to it’s fullest that are released right now? Skyrim, Far Cry 3, Lost Planet?