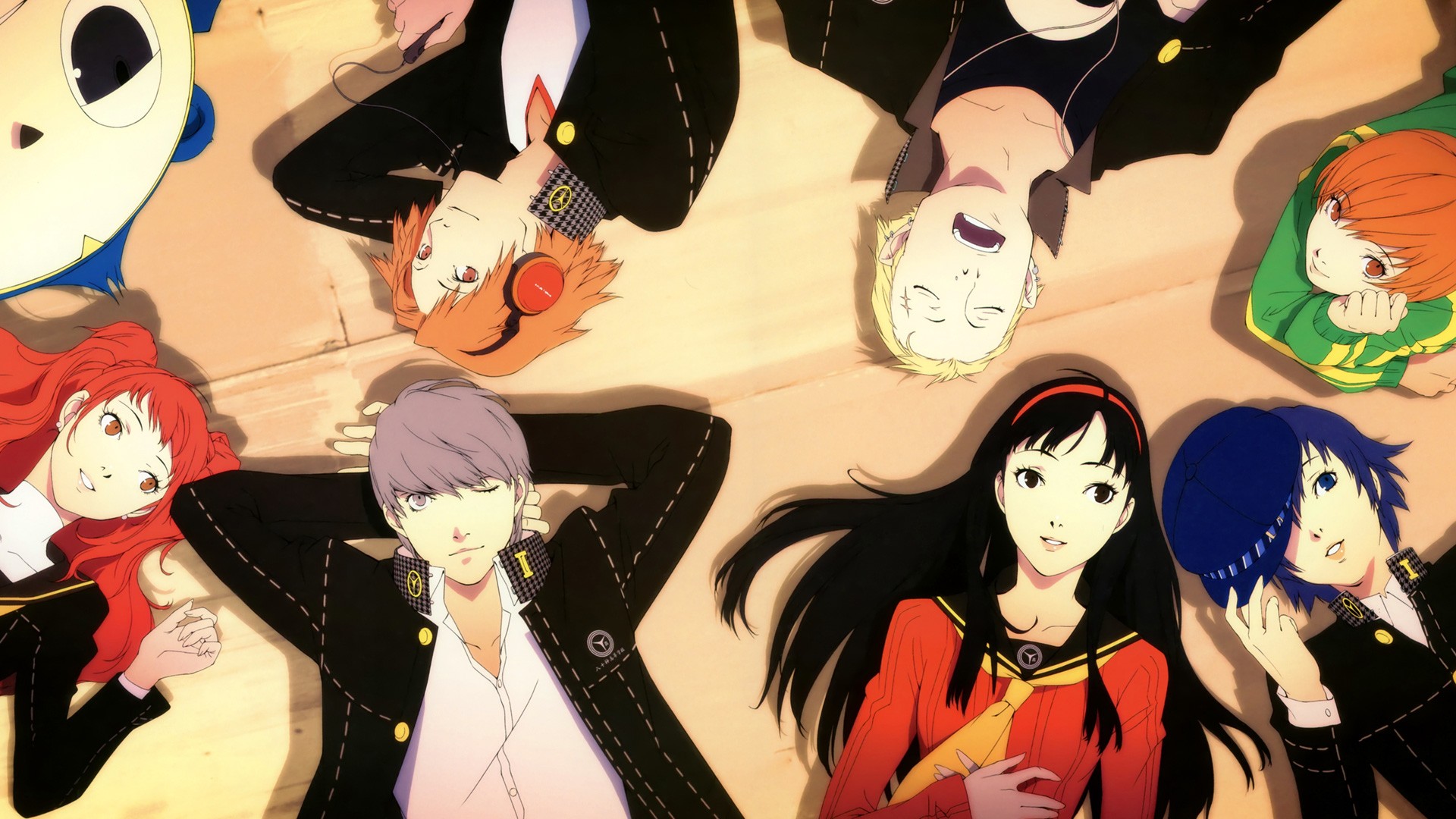 That’s perhaps the easiest and most accurate way to describe Atlus’ remake of one of the best RPGs on the PS2. Persona 4: Golden isn’t your average HD remake, though – not only does it have enough additional story-based content packed into it to make the game feel brand new, but updated visuals, new music, online connectivity and special features like the ability to watch recorded live concerts featuring in game music make this one of the best HD remakes on the market – and it’s only available on the Playstation Vita. 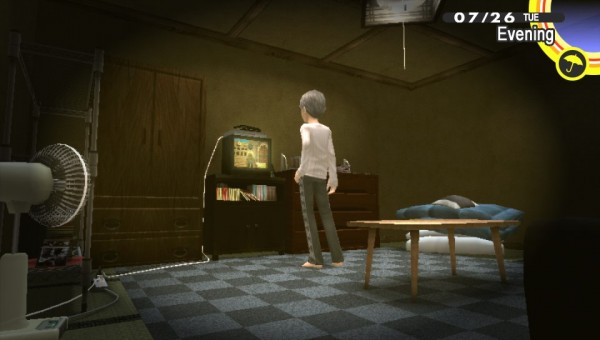 P4G takes place in a small rural town in modern Japan, called Inaba. Strange occurrences have brought this tiny town into the media spotlight, just as you are going to live with your uncle and his daughter for the year. Rumors spread of a strange show appearing on TV right as the clock hits midnight on a rainy night. The story deepens when the fog lifts and a body is discovered hanging from telephone pole, and you – the new kid in town – discover that you have a gift: the ability to enter the TV. Throughout the course of the game, you are presented many challenges – balancing relationships, sometimes intimate, with your high school friends and residents of Inaba, saving people from the TV world, grinding to level up and raise your stats, discover new Personas, studying for tests – but it all can be summed up with two words: SOCIAL LINKS. Everything you do in P4G is to maximize social links in one way or another.

The difficulty of managing all of these elements while still trying to beat the various dungeons in time may be a bit daunting for newcomers to both the Persona and Shin Megami Tensei franchises. Don’t let your pride prevent you from starting the game on a lower difficulty setting – P4G is designed to be played more than once, utilizing a New Game + mode that has you keeping a lot of your earnings from the previous run through the game. Either way, it’s relatively easy to pick up what’s going to happen and how to plan ahead after the first few dungeons, especially when some of your Personas begin to learn the “destroy everything in sight” skills. There are parts of the game that require a lot of work though, including defeating various “bonus” bosses and completing quests that give you very little help at all.

One thing that makes the game a bit easier to pick up is its simple controls and easy to learn battle system. The battle system is similar to other JRPGs: turn based, with the ability to attack, use a spell, use an item, run, or change personas. You’re also able to customize your party and set their AI to either make their own battle decisions or control them yourself. Either way, it’s easy to learn and helps those new to the series pick it up faster. The game doesn’t really utilize the touch controls much, and doesn’t use the motion controls at all – which for me, was welcomed. 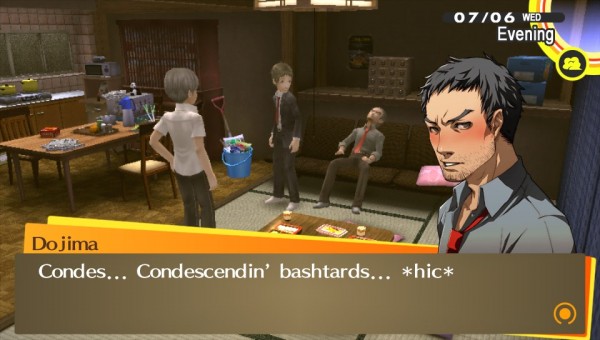 There’s such a large amount of things to see and people to meet in the game that, just like in real life, you will be forced to sacrifice relationships with people in order to build them further with others. Your decisions and actions matter, and could come back to haunt you. It’s a fantastic look into the growing popularity of decisions in gaming having an effect on the player’s story, and it’s a key staple point of the Persona franchise.

While the story may sound a bit … out there, it’s presented absolutely beautifully. A decent chunk of the game’s big plot points are presented in crisp anime clips that look fantastic on the Vita’s colorful OLED screen. The game’s visuals are improved pretty noticeably from the PS2 version, ranging from more detailed landscapes to upgraded textures and more. The game’s colorful art style will have you taking screenshots using the Vita at every corner. It all runs smooth on the handheld and doesn’t eat away at the battery too quickly. It’s no Uncharted in terms of graphical detail, but it makes up for it in charm alone. There are a few new music tracks in P4G and they fit great, making an already fantastic soundtrack even better. The new parts of the game take you to various places, including an urban mall, a beach and snow-covered slopes – and it’s all voiced by the same actors as the old parts – however, both Chie and Teddie have been completely re-voiced by new voice actors. It’s not a big deal, but opinions will surely vary on which voice was better for the character. There’s also a brand new character to develop a social link with named Marie, whom has one of the most interesting back stories in the game.

One of the most noticeable features new to P4G is its online integration. This is handled a few different ways: one is the ability to see what other people choose to do on a given day. A “Voice” icon will appear on the top left of the screen when free-roam situations are available. It’s a small thing, but it’s really interesting to see how people handle their time in Inaba – the constant war between hanging out with Yukiko or Chie (or anyone else!) deepens when you see how others handle the same question. Similarly, you can see if people mostly decided to study on a certain day, or try their shot at the Aiya Rainy Day Special (TM). Another feature is used in dungeons, called SOS – at any time while inside a dungeon, players can press the SOS button to call for the assistance of P4G players across the world. When pressed, the game also offers players their opportunity to help others. Upon entering battle, if anyone chose to answer your call for help, you are healed a small amount per person and given an encouraging reminder that “you are not alone”. You’re even able to attach small messages to your help, similar to those in Persona 4: Arena, that can be seen while in the Velvet Room. These may seem like small things, but for a game so focused on building relationships and observing your surroundings, online social elements really bring a lot more feeling to the game. Not to mention it’s always interesting when someone’s message is along the lines of “Everyone stupid, come to sensei”. 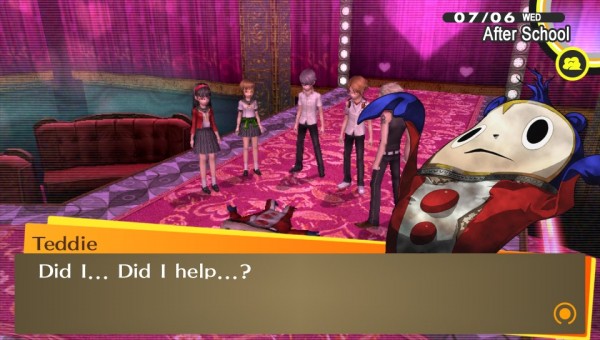 There’s so much that can be said about Persona 4: Golden, but the most important thing that can be said is that the Vita, which so drastically needed its killer app, finally has one. No title on the handheld has come close to the levels of enjoyment I have had while exploring the world of Inaba – if you own a Vita, you owe it to yourself to pick up Persona 4: Golden. Atlus has spent the past year and a half developing this series through various mediums, including a comic, a 27-episode anime, a fighting game, and now this; it makes me hope that we’ll see some kind of return of these memorable characters in the next installation in the series – whenever that may be.