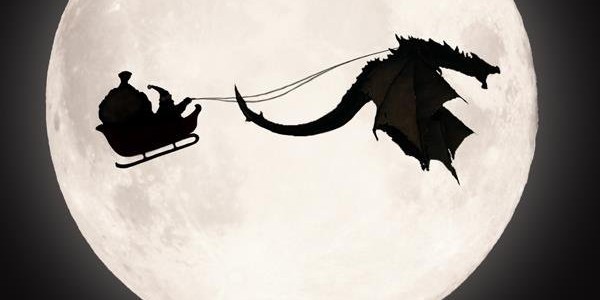 Around the Broken Joysticks offices, it’s beginning to look a lot like SKYRIM-mas!

Bethesda were kind enough to send us a Steam code for the retail release of Skyrim, in addition to an extra Xbox 360 DLC code for the Dragonborn DLC, which we’re currently playing through for review purposes.  So we figured we’d take the time right now to pull together a contest of sorts to get these fantastic products into your hands, dear readers.  Here’s what you have to do:

See, we have this twitter acccount, @brokenjoysticks – we’d love for you to follow that account, and then post something to your twitter feed  – @ us – declaring your desire to get the game.  That’s it.  It’s that simple.  It could be something like “I really hope @brokenjoysticks makes my Christmas by giving me Skyrim!” or “@brokenjoysticks is great because I just KNOW they’re going to give me Skyrim this Christmas/Hanukkah/Kwanzaa!”  Things like that.  It might make sense, if you have the game already for 360 and are gunning for the Xbox 360 DLC code, to have your tweet reflect as such.  So you could say “I hope to extend my Skyrim experience with Dragonborn DLC thanks to @brokenjoysticks!”  You get the idea.

The contest is open from right…. NOW, until Wednesday evening, 8:00 PM EST December 12th, when we’ll randomly pick two tweets and give the prizes away that evening or the following morning.  So get folllowing, get @ us, and get a game for free!

(Unfortunately, the contest is only open to North American readers, for compatibility purposes with Steam and Xbox 360.  Sorry about that to all of our international readers!)