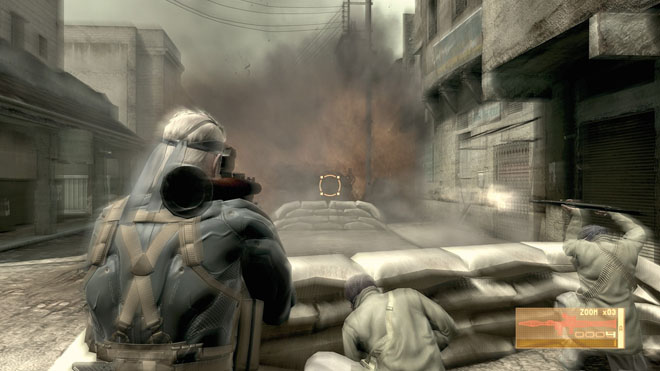 An Xbox 360 version of Metal Gear Solid 4 has been the butt of a joke in the PS3 community for some time. It went so far as to have users create image macros of a 20 disc Xbox 360 box art mock up for the game. So that when we learned that a New Zealand retail outlet listed an Xbox version of the game we were a little skeptica

As it turns out, the image is just the PS3 artwork for the 25th anniversary edition of the game that was recently released with an Xbox 360 banner plastered on top. A konami rep told another outlet the game is not planned for the Xbox360 and will remain a PS3 exclusive. Considering each chapter in the five chapter epic takes up 3,500MB each in addition to a 25GB Blu Ray you’d be looking at five discs or more to contain the game. Then again, games like Lost Odyssey are four discs and this year’s Halo 4 required an 8GB install for some features. So there is a precident for larger games.